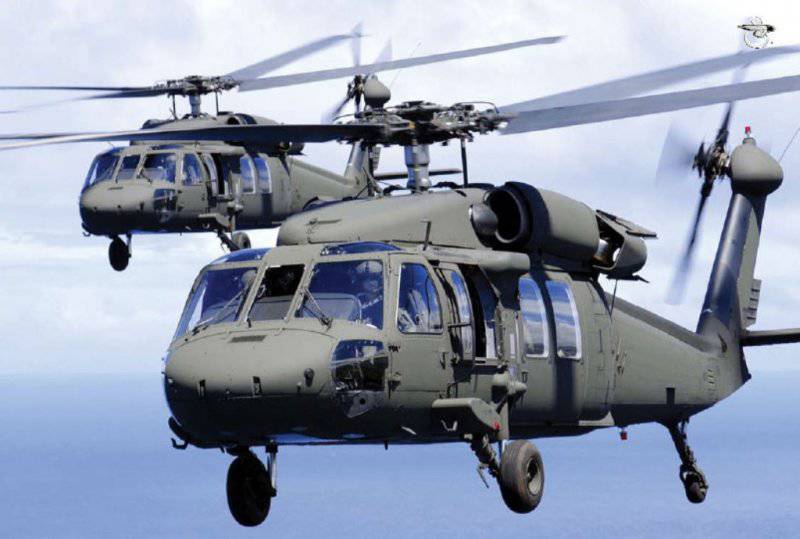 The first batch of S-70i “Black Hawk” helicopters was officially handed over to the Brunei Armed Forces as part of the 4 International Exhibition and Conference of military equipment BRIDEX-2013.


According to the company "Sikorsky", the delivery of helicopters made previously agreed in the contract period.

Based on the results of the tender, the Brunei Department of Defense 2 December 2011 signed a contract with Sikorsky International Operation for the purchase of X-NUMX multi-purpose S-12i helicopters Black Hawk International, as well as the supply of related equipment and services. The cost of cars was not disclosed. The new helicopters will replace the outdated Bell-70 and BO-212, which have been in use for more than 105 years.

This purchase will enhance the air transport capabilities of the Brunei Air Force and will allow to unify the fleet of transport helicopters in accordance with the requirements of the updated White Paper on 2007 Defense of the Year. Helicopters will be used to deliver units to the site of military and humanitarian operations in the framework of the implementation of national and international obligations.

S-70i helicopters are assembled at PZL Mielec owned by Sikorsky Aircraft in Poland. The first helicopter, designed for the Brunei aircraft, was taken in October 2012 of the year to the USA Sikorsky SMCC (Sikorsky Military Completions Center) retrofit center in the USA for equipment according to the requirements of the Brunei aircraft.

To date, 4 from 12 ordered helicopters have been delivered to Brunei. It is expected that the fifth car will be handed over by the end of the year. Delivery of the remaining S-70i helicopters is scheduled for next year.

Currently, the company in West Palm Beach continues to train the pilots of the Brunei Air Force. In the future, Sikorsky will provide spare parts for helicopters, as well as send representatives of technical and support departments to Brunei to organize the operation and maintenance of machines.

Ctrl Enter
Noticed oshЫbku Highlight text and press. Ctrl + Enter
We are
Innovation Day of the Southern Military District: Pictures from the ExhibitionThe action “Military service under the contract is your choice!” In Rostov-on-Don: future contract servicemen, exhibitions and “Russian Knights”
15 comments
Information
Dear reader, to leave comments on the publication, you must to register.