December 9 2013
108
Deep in the night (Moscow time), from Friday to Saturday, one small record appeared on the Web, which caused an effect close to the bomb breaking. The author of this record, made, by the way, not even on one of the bands of his publication, but in his own Twitter account, was Edward Lucas, the chief editor of The Economist magazine. Translated into Russian, the entry is as follows:

Wow! I heard that today in Sochi, Yanukovych signed a strategic agreement with Russia, including 5 billion dollars in advance, the price of gas in $ 200 plus an agreement on joining the Customs Union. 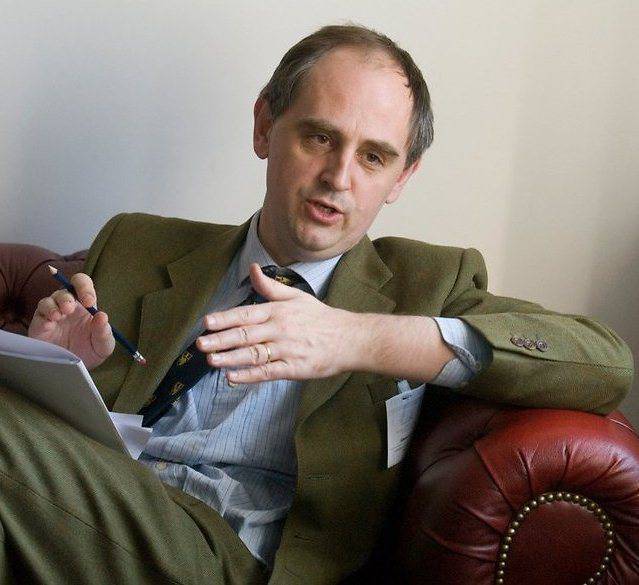 The word “heard” in this case, of course, suspiciously resembles the option “one grandma said,” but Edward Lucas in his twitter account continued to give out information about Viktor Yanukovych’s visit to Sochi (after a visit to China) and his next meeting with Vladimir Putin, which continued several hours.

In his next post, the editor-in-chief of The Economist magazine stated that the total amount of the loan from Russia to Ukraine could be about 15 billion euros. In addition, Lucas urged to expect similar messages from Vladimir Putin in the near future, as well as an angry reaction in Ukraine (with the dispersal of rallies).

After that, messages like the following appeared to Edward Lucas: Edward, is it you? Maybe your Twitter account has been subjected to a hacker attack, and someone gives an obvious misinformation?

To this the person (say in a somewhat conspiracy key), hiding behind the account of journalist Edward Lucas, answered literally the following:

My account has not been hacked. I was on a plane for the last 3 hours. I hope that what I heard is not true. But I'm afraid that is true. Sources are good.

Then the same Lucas cites another source, which, in his opinion, confirms the rumors reached him about the deal between Viktor Yanukovych and Vladimir Putin. As such a source, the journalist calls the publication “GlobalPost”, in which, with references to the Reuters agency, materials are published that allegedly a deal between Kiev and Moscow took place. However, this publication does not take responsibility for the published materials, using a somewhat streamlined speech flow of the form:

The Yanukovych government seems to have struck a deal with Putin, including to supply cheap Russian gas and possibly loans, in exchange for avoiding an EU deal that would usher in historical shift of Ukraine to the west.

The terms "it seems" and "possibly" do not add credibility, but they speak of more than keen interest of the West to the Ukrainian topic, which by and large, the West should be concerned to a minimum. And if you care, and if the information is given out so vividly, it means that Yanukovych exactly touched "someone" for living with his Sochi route and the very turn from European integration to 180 degrees.

In the record, made approximately in the morning around Moscow on 5, Edward Lucas again notes that the deal is aimed at the possible entry of Ukraine into the Customs Union, and this should, according to a British journalist, take place by the year 2015. Namely, the next presidential election is scheduled for the 2015 year in Ukraine.

Interestingly, Wikipedia has already managed to build a material that is dedicated, no less, to candidates for the presidency in Ukraine in 2015. In addition to the current Ukrainian president, such ladies and gentlemen as Yulia Tymoshenko, Oleg Tyagnibok, Arseniy Yatsenyuk, Vitali Klitschko, Oleg Lyashko, Petr Simonenko and Igor Markov are assigned here. This material on Wikipedia gives a reason to think that now, at least, the followers of the Vanga case are working on this Internet resource ... Well, this is a kind of lyrical digression.

Let's return to the information that Lucas gave out on his Twitter. By the way, in this respect, the British journalist held a win-win game. It is unknown with whom he spoke on the plane, and how this unknown person knew about Putin’s agreements with Yanukovych in Sochi is unclear, but the information was distributed around the world almost instantly, causing a discussion that was rich in emotions.

Unless, of course, to prevent the fact that Edward Lucas had all the information about gas for 200 dollars and 15-billion aid promised to Moscow by Moscow, simply invented for the new "warm-up" of Ukrainian oppositionists, then it turns out that conversations at the meetings of Vladimir Putin and Viktor Yanukovych is not so secret. Well, in fact, it turns out that there are some "good sources" from the same Economist, which give all the details of the conversation in amazing detail. If there really are such sources, then it is time to either talk again about the ubiquitous wiretapping by Western intelligence agencies, or to speculate about the presence of “missed Cossacks” arranging loud plums ...

On the other hand, the information itself, issued by a British journalist, is definitely not sensational either. After all, there are no naive people who believed that at the EU summit in Vilnius, Yanukovych refused to sign an association agreement with the European Union just like that ... He literally took and simply refused because of some purely personal political convictions ... Of course, Kiev was promised certain preferences from Russia, at least, in order for Kiev to feel the potential economic benefits from close cooperation with Russia and the Customs Union. And here the talk in the style of “Moscow bought Kiev, did not buy Kiev” is not substantive, because the world economy is a set of trade deals that one may like and at the same time cause itchy skin in others. Profit is the main component of any modern contacts. And it always has been. There were, of course, variants of the romantic economy, when profits and benefits were only concomitant links of integration, but in the end all the same, the situation was slipping into a choice of contacts that were “fatter”, “obese” and “sweeter”.

"Resting" about 7 hours, the twitter account of the same Edward Lucas revived again. This time there appeared a link to the resource for-ua.com, in which attention is paid to the speech of the Prime Minister of Ukraine Mykola Azarov.

Our President, returning from China, made a stop in Sochi, where the meeting took place, about which an agreement was reached in advance. We are talking about the preparation of a large agreement on strategic partnership with the Russian Federation, the annex to which will be the so-called road map, eliminating our contradictions in the trade and economic regimes. Including the President continues to work on the formation of our relations in the gas sector.

Mykola Azarov notes that at this time work is being done aimed at achieving contradictions related to contracts for Russian gas for Ukraine.

Commenting on this, the editor-in-chief of The Economist states that at night he did not manage to sleep, as he thought:
how important it is now for the Ukrainian opposition to make the right conclusion for themselves, not only by putting pressure on Yanukovich, but also by offering him a way out.

At the same time, Lucas adds that "Azarov seeks to crack down" (apparently, according to Lucas, with the opposition).

After all this, Lucas (the British editor-in-chief) simply becomes a pity: the poor fellow does not sleep at night, everything is thinking about how to solve the political and economic problems of Ukraine, he is so happy for her entry into the “single European family” ... You do not save yourself, Edward, everything think about Ukraine ... And it looks a bit strange, given that Lucas is a British subject. For some reason, his personal, full-fledged integration (well, at least monetary) of the UK with the European Union is less of a concern than all the Ukrainian perturbations associated with “European integration”. Why? ..

Meanwhile, the Ukrainian opposition, having caught a new message from the Western sponsors of their protests, has already begun new boiling ups. The tendency is clear: the information is presented under a spicy British sauce, the “recommendations” of the Ukrainian opposition are given through the Network, these recommendations, excuse me, “hawala” - and the orange soul rushed into paradise ...

Ctrl Enter
Noticed oshЫbku Highlight text and press. Ctrl + Enter
We are
Little joy brought to the shelled schoolsWhen will Viktor Yanukovych stop playing Scarlett O'Hara?
108 comments
Information
Dear reader, to leave comments on the publication, you must to register.