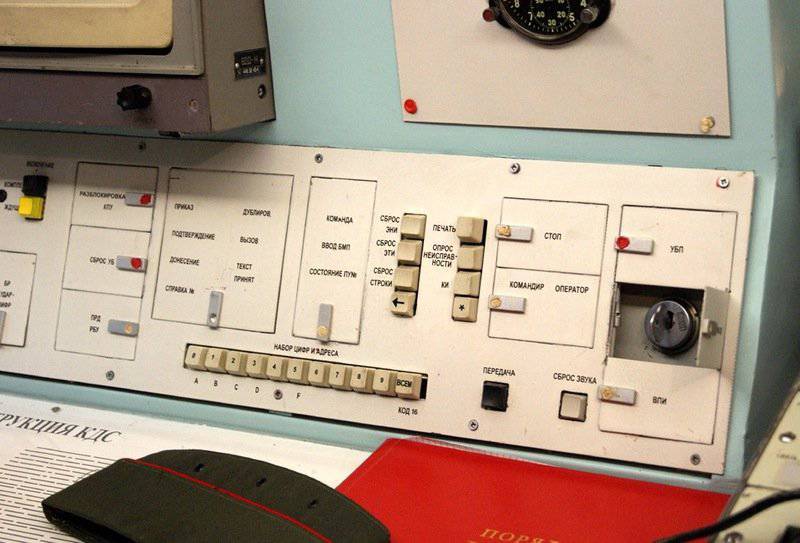 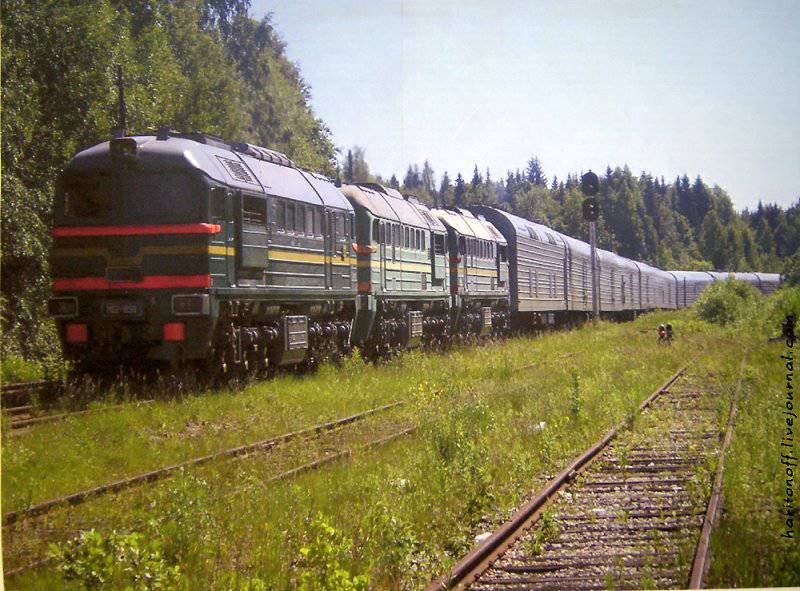 From 1987 to 1994, there are twelve such trains each, each with three launchers for nuclear missiles disguised as ordinary refrigerated cars (even an expert could not immediately distinguish them from the real ones ... 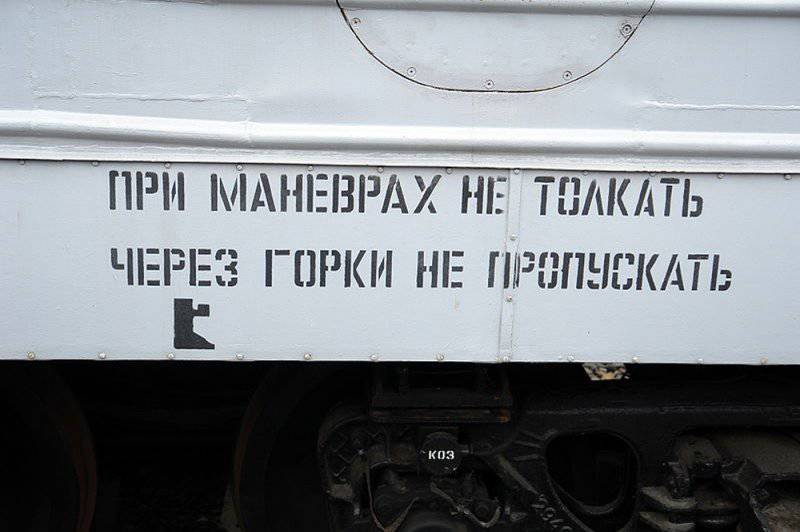 ... and from a distance - for example, from an aerial photograph - he could not even a specialist), they cruised the country's railways, ready to strike back from the place where they were caught by H. Nuclear Armageddon could be started by turning this key: 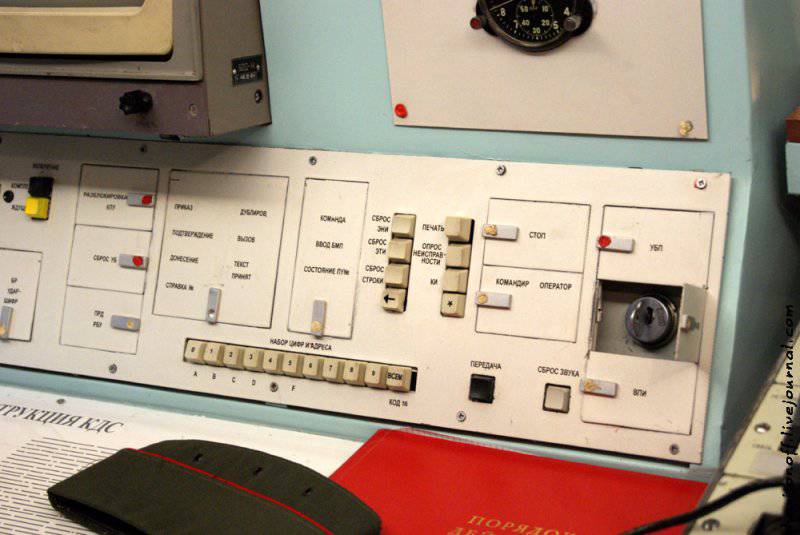 More precisely, the simultaneous rotation of two keys - with two nearby remotes. One operator may still have a roof, but not two at once: 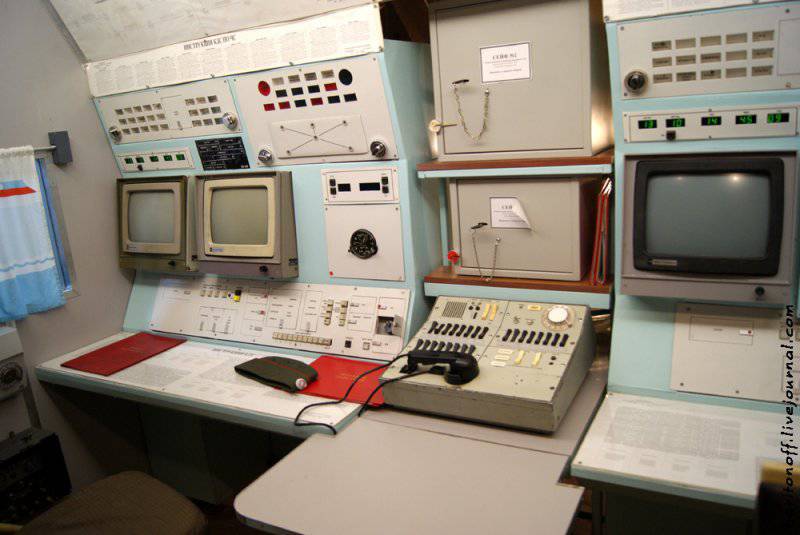 Suddenly, the peaceful refrigerator car clutched onto the neighboring cars with openers ... 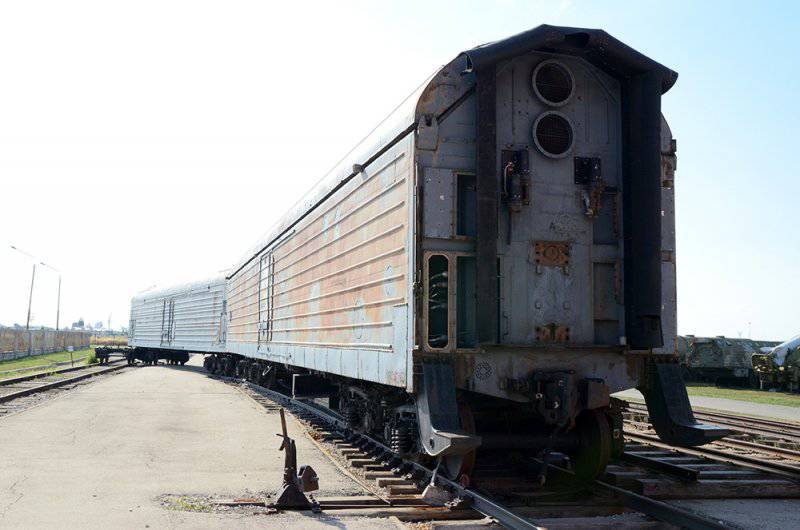 ... rassoperivalsya on supports, and from the roof vypraschival special fucking ...

... designed to push apart and ground the wires, if any. After that, the roof of the car reclined to the side ... 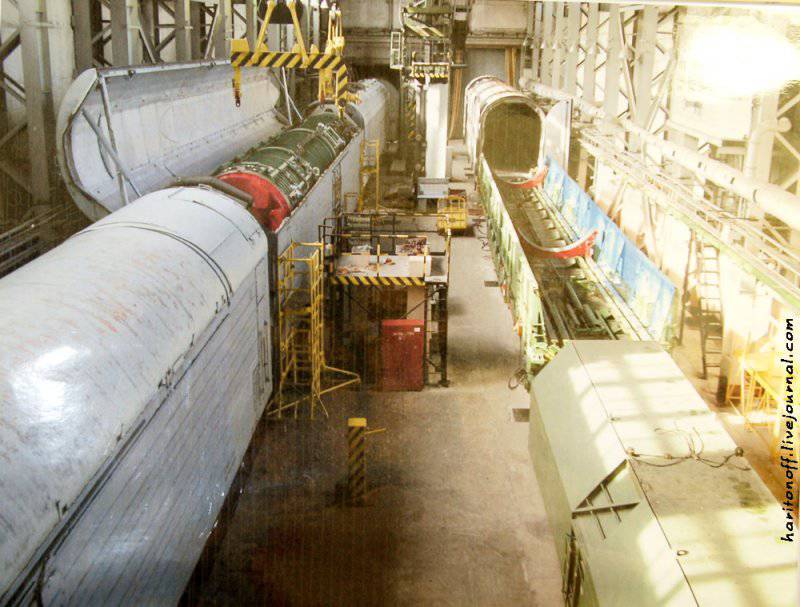 ... and from the depths of it uncontrollably rose ribbed barrel-container, concealing in itself a baffling instrument of retribution: 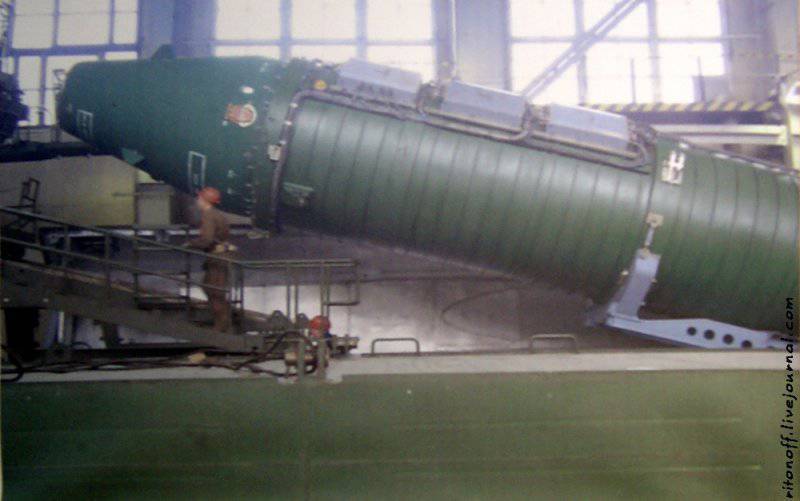 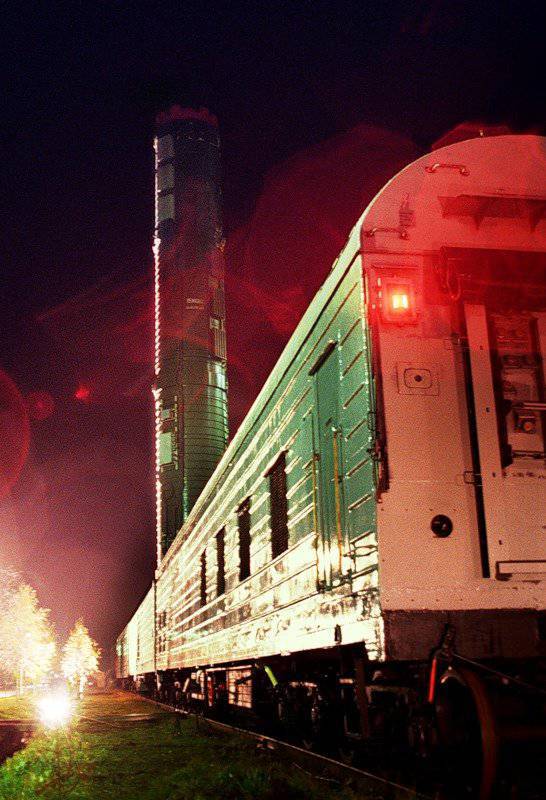 Bluntly - because the Well done XTNXXX15 (RT-61 UTTH) rocket was designed specifically for the BZHRK, but it didn’t fit in the refrigerator position, so the head fairing was collapsible and conical at the beginning of the flight (simply inflated): 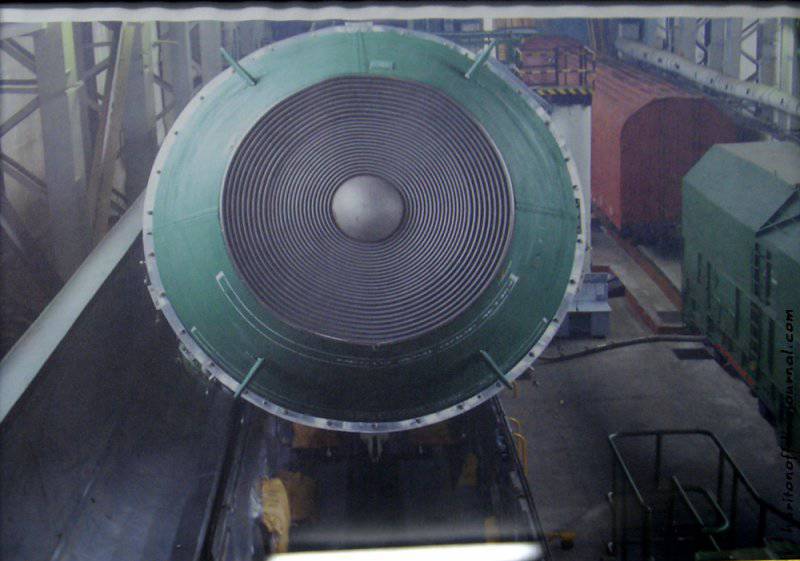 The rocket was thrown out of the container with a special charge, like a mortar, in the air it was deflected to the side (so as not to burn the launch complex) with the help of a powder accelerator, and only after that the cruise engine was cut. Bydisch: 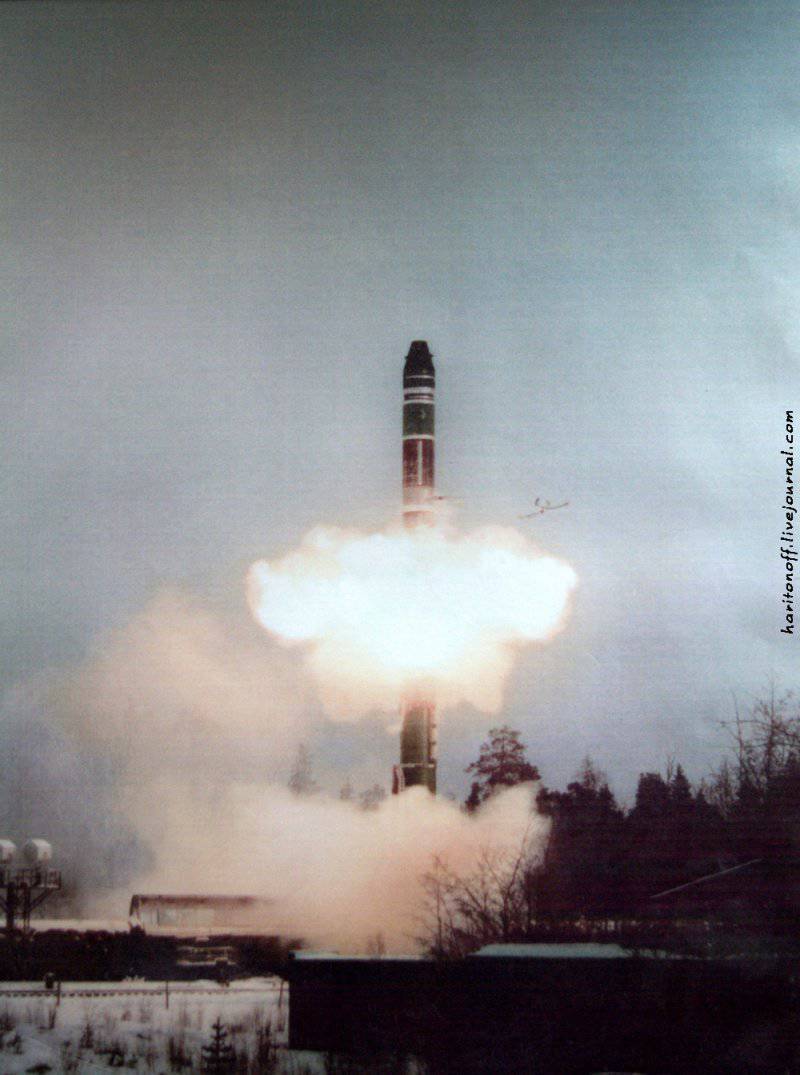 All these operations, from receiving a command from the General Staff to launching a rocket, took three minutes. 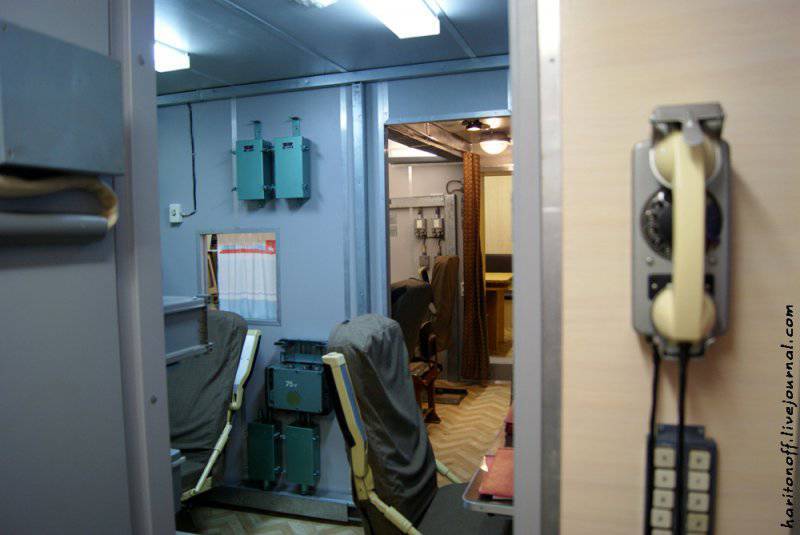 It was difficult to determine where the “train of death” is currently on duty and, accordingly, to cover it with a preemptive strike — BZHRK made it possible to quickly change the location of the launch position to 1000 kilometers per day. 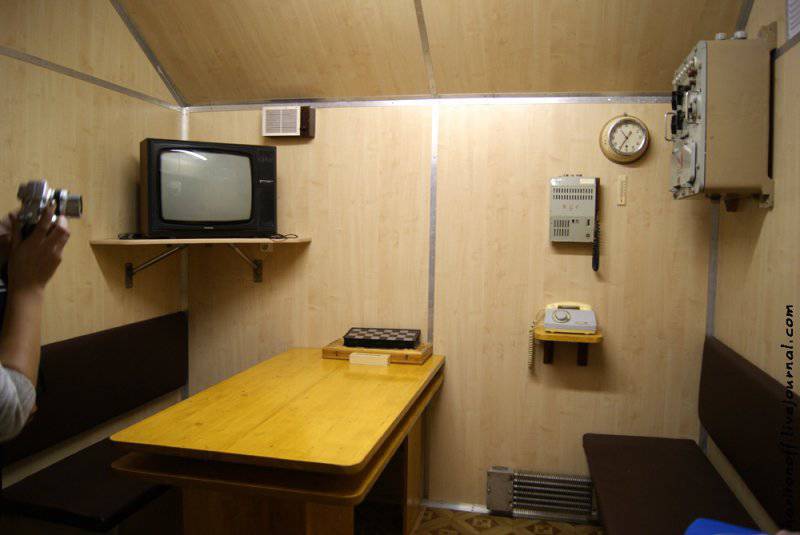 Strictly speaking, out of every two trains, at one point in time, one traveled around the country — the other was under maintenance. Four BZHRKs were based near Bereshet in our military unit No. 54090 Perm-76 (now - ZATO Star). 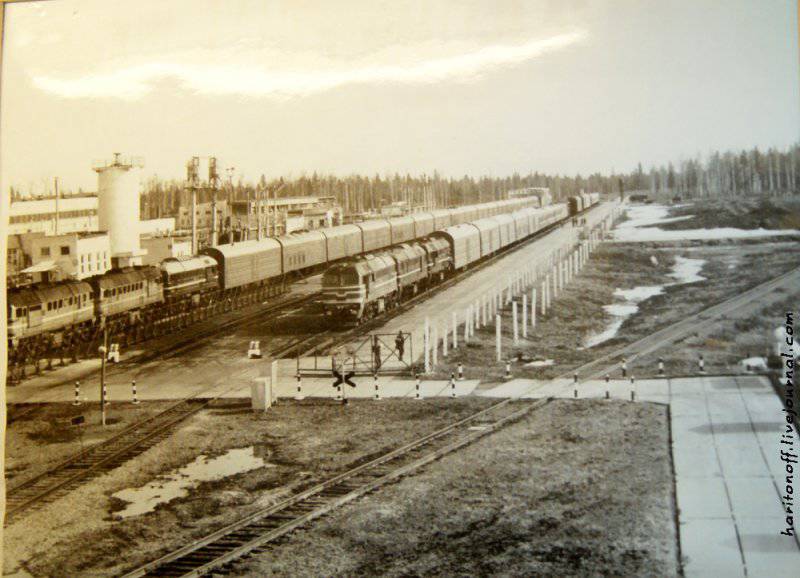 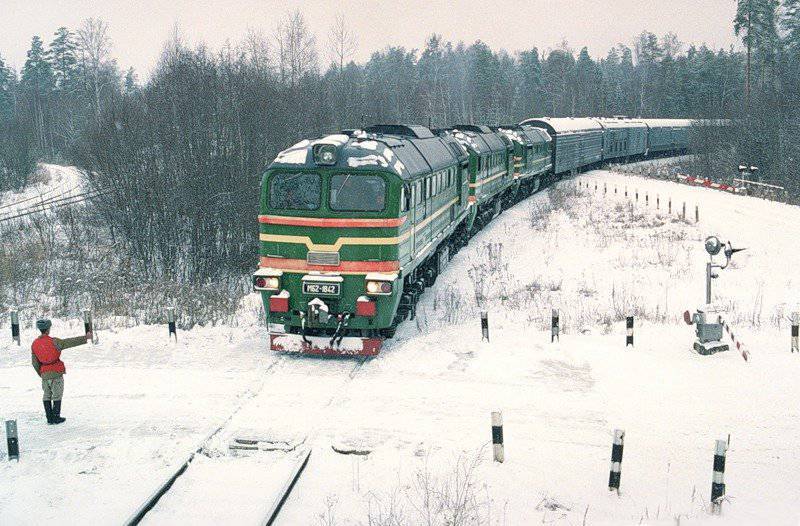 As part of START-2, the division was disbanded in 2002, and the BZHRK was decommissioned and disposed of under the supervision of the Americans - they even launched a Negro into the container so that it could feel and see that there were no missiles inside: 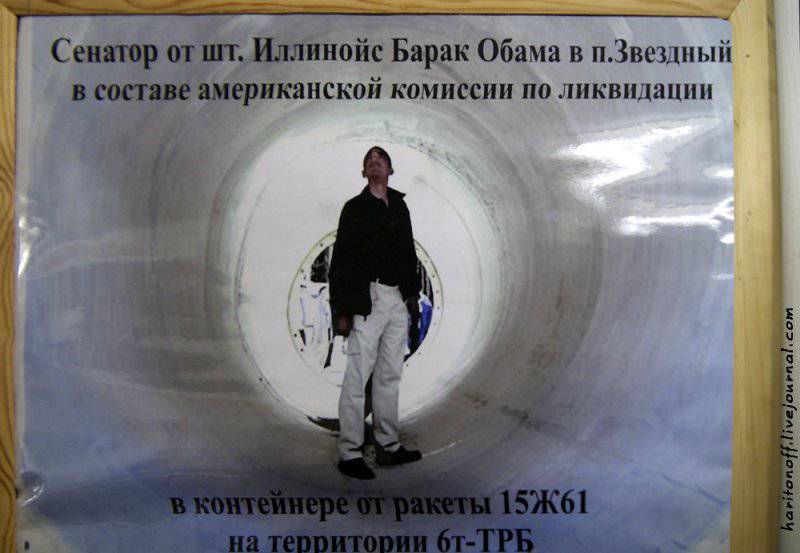 It is not necessary to put the loss of BZHRK as a diplomatic defeat - they were replaced by the PGRK, and the complexes themselves, except for being outdated (and the “Well done” were generally made in Ukraine), they also had a number of drawbacks in life. However, now they are talking about the reincarnation of rocket trains, but already with modern missiles. But one way or another, the former rocket pilot today is an employee of the museum of the 52-th Tarnopol-Berlin Order of Bogdan Khmelnitsky of the 2-th degree and the Red Star of the division in Zvezdny: 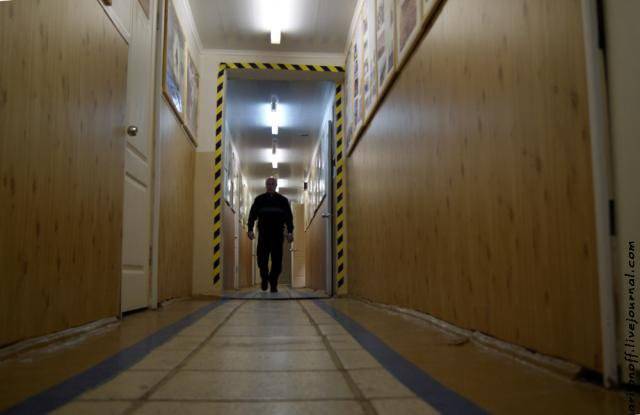 Workplace ... I do not remember the name of the position. Something like a train commandant: 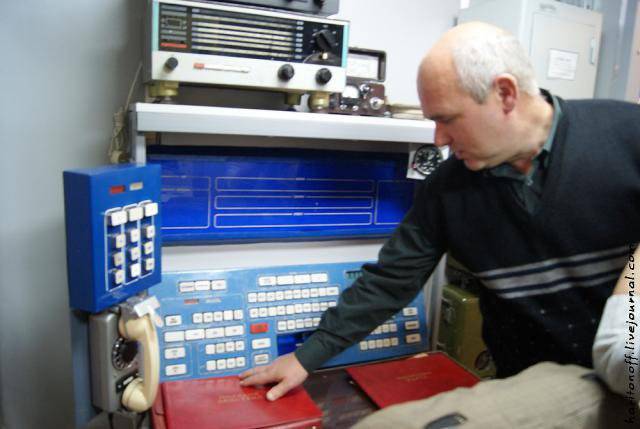 - here our guide once served.

The museum is located in the former command bunker. 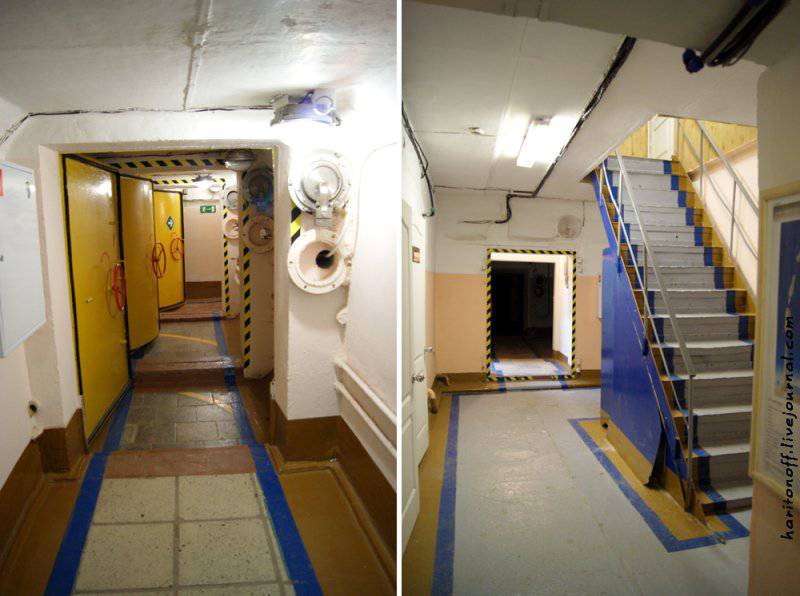 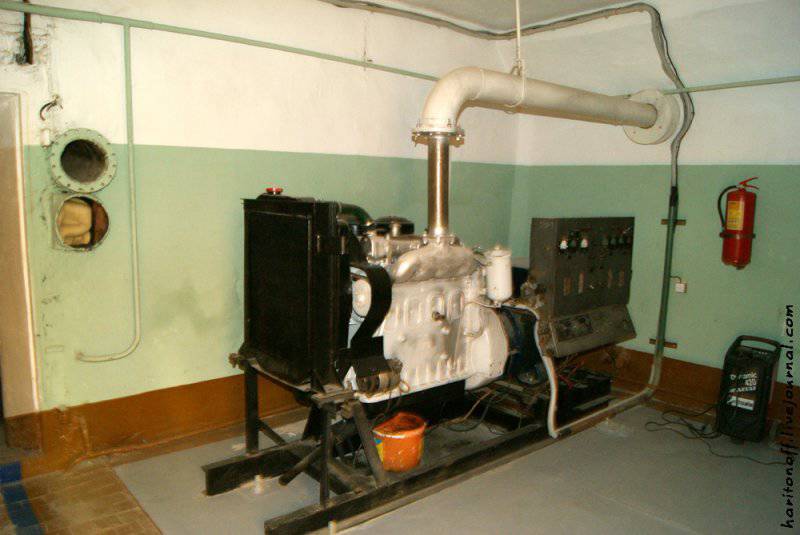 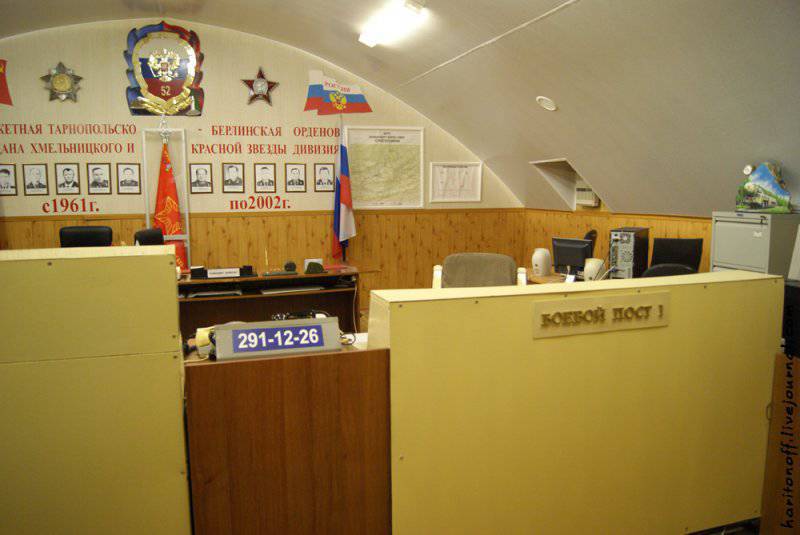 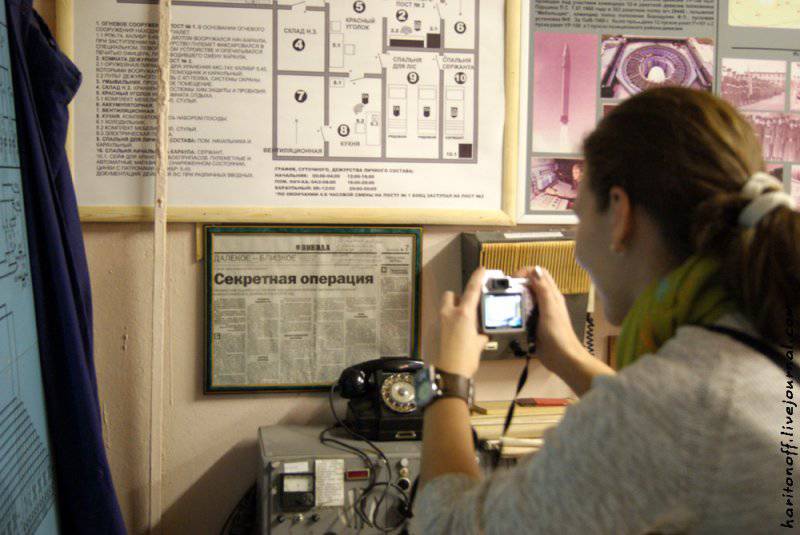 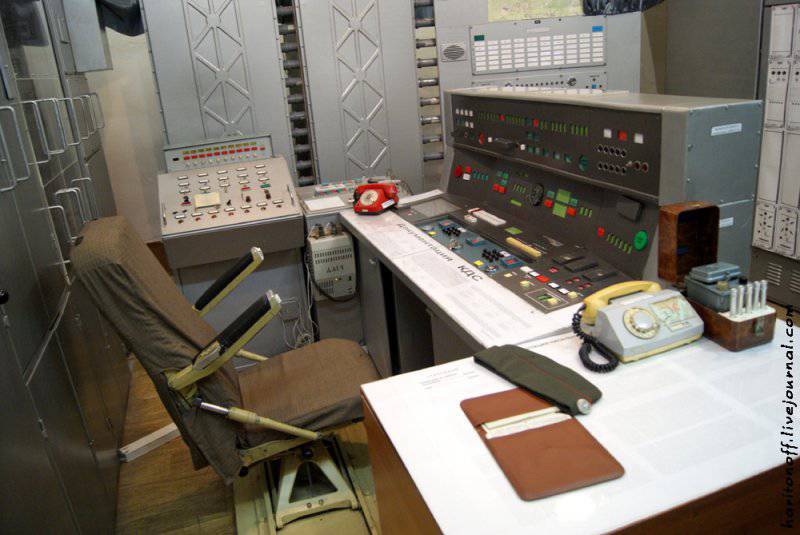 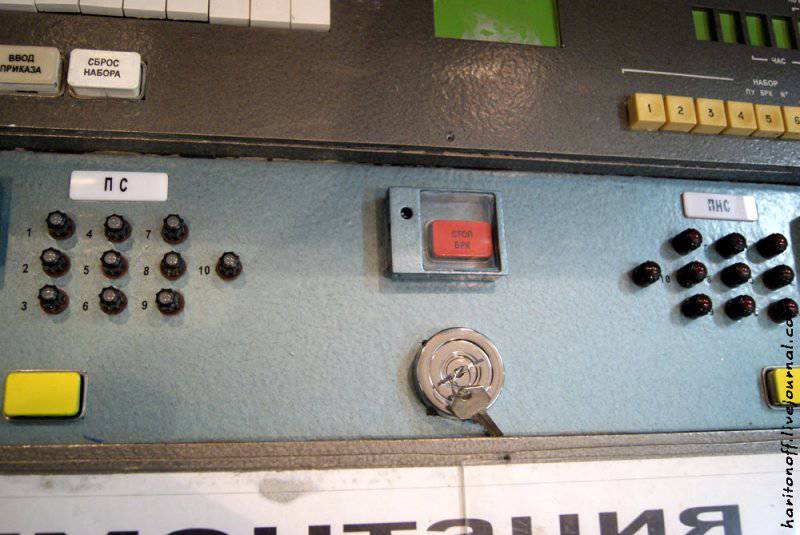 ... which actually stops the launch - and the launch is the same as in BZHRK - by turning the keys. Or, communication equipment: 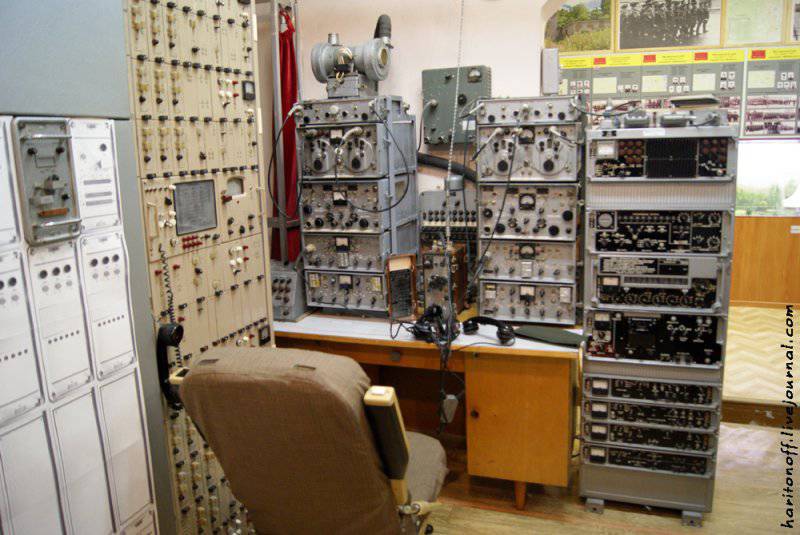 They say that with the help of that light brown cabinet you can completely block all radio communications within the region ... but there are a lot of interesting things there, a lot. Actually, I just wanted to tell about BZHRK, but I got carried away.

Star Himself today is a classic town with a regime past, several blocks among the forest, clean, parallel and perpendicular 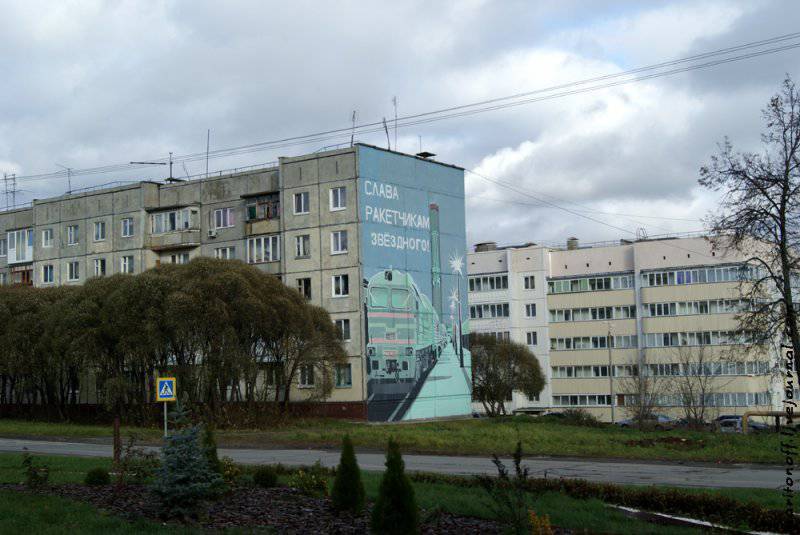 Ctrl Enter
Noticed oshЫbku Highlight text and press. Ctrl + Enter
We are
The future aviation museum in Medyn 1 March 2014Museum in Upper Pyshma-3
68 comments
Information
Dear reader, to leave comments on the publication, you must to register.