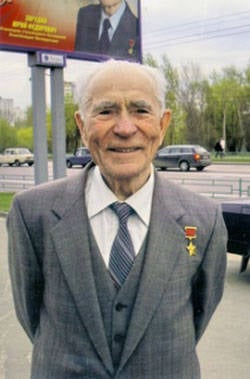 The Day of the Heroes of the Fatherland, our country for the seventh time will celebrate 9 December. On this day, we will honor the Heroes of the Soviet Union, the Heroes of the Russian Federation, the Knights of the Order of Glory and the Order of St. George. This holiday, established by federal law in 2007, is one of the brightest in the list of memorable dates. This day was not chosen by chance, since the tradition that already existed in pre-revolutionary Russia was restored - the celebration of the Day of St. George Cavaliers.


The George Cross, the Order of Glory, the Golden Stars of the Hero of the Soviet Union and the Hero of Russia - these insignia of soldiers stand in a single row as a symbol of continuity of courage, bravery, military valor, selfless and selfless service to the fatherland. Celebrating this day, we not only pay tribute to the memory of heroic ancestors, but we also honor the heroes who are alive today, those who defended our country during the Great Patriotic War, and those who today are in military ranks, ensuring the security of their homeland.

A special joy today is that veterans stand in this line - people who show by their example that there is military valor, feat and honor of an officer. They pass on their experience and knowledge to the younger generation.

Important and responsible work to promote patriotism and love of country, to preserve the true stories During the period of the Great Patriotic War and other epochs from the history of Russia, the Russian Association of Heroes, headed by Colonel-General Vladimir Shamanov, the commander of the Airborne Forces, is actively engaged in one of the most authoritative public organizations. The association unites representatives of four generations: front-line heroes, including full gentlemen of the Order of Glory, Afghan soldiers, Heroes of Russia, who mostly passed the test of the Caucasus, as well as cosmonauts.

To tell and protect the truth about the Red Army and the modern Armed Forces of the Russian Federation, to consolidate the connection of generations, to educate young people on the exploits of the defenders of the homeland, including by personal example, the Vice-President of Russia has devoted all his time and strength to this noble and responsible task in recent years. Association of Heroes, Colonel General Yuri Fedorovich Zarudin, retired. His biography is the most vivid example of the life of a national hero.

Born Yuri Zarudin in 1923 year in the village Ivanovka Semipalatinsk region, in a peasant family. In May, 1941 was admitted to the Grozny Military Infantry School on a Komsomol voucher. But the war began, and, having been trained on an abbreviated program, in December 1941, with the rank of junior lieutenant, was sent to the commander of a rifle platoon in the 58 rifle division of the 50 Army of the Western Front near Tula at the height of the battle of Moscow. And then - from February 1942 of the year - the combat path of the infantry commander to Berlin itself. All the time at the forefront. Retired only after injuries and returned to the front. To the most dangerous place of a platoon commander, a company, which, by personal example, raised fighters to attack under heavy fire of the enemy and did everything to save the lives of his comrades in carrying out seemingly impossible tasks.

Returning to the post after being seriously wounded, Lieutenant Zarudin assumed command of a rifle company, which, together with the Polish division named after Tadeush Kostyushko, fought on Belarusian soil at the end of 1943. Setting an example to the Poles, Zarudin several times raised a company to the attack. 50 – 100 meters ahead ... and the company was squashed by enemy fire again to the ground. There is an order, and it must be carried out. And so for five days in a row, after which only 48 remained in the 9 ranks. Left the battlefield, replenished with people, equipment and again forward. And again losses, re-formation, new task.

Advancement in the offensive units of the regiment stopped the Nazi bunker. It was not possible to take it on the move. Get around too. The fascists were well prepared for defense. The enemy lead does not allow even to raise the head. How to be? How to destroy this bunker?

The commander of the company, Zarudin, takes a non-standard decision: “We make a dig!” Not one ton of land had to be dug up and secretly pulled to his side, while the digging with a length of more than 70 meters was completed. What was the happiness of the soldiers, when at three o'clock in the morning our fighters, escaping from the ground, destroyed the guards, the settlement and all those who were in the bunker! In the same battle, the company commander Zarudin assumed command of the battalion. By morning, the town of Khandogi was liberated. A hundred fascists remained on the battlefield, and four were captured.

For this fight, Yuri Fedorovich command, in December 1943, for the first time was presented to the high title of Hero of the Soviet Union. But, as often happened in a combat situation, the documents were lost. Then another eight months of heavy transitions and battles of the rifle company of Zarudin in the battles for the liberation of Belarus, in which he was twice wounded.

On June 23, 1944, a company under his command destroyed the German infantry before a platoon, and without loss took possession of a height of 192,2. Then, in collaboration with a neighboring company, defending fiercely, successfully repelled all counterattacks tanks the enemy. And the very next day, crossing the Basya River near the village of Zhevan, the company of Zarudin bursts into the front lines of the Germans and is surrounded. It would seem a trap! But no, for 14 hours our fighters continuously beat off the counterattacks of enemy tanks and infantry, and, finally, the Nazis retreat.

And the company goes further. On boats and improvised rafts, forcing the Dnieper, seizing German trenches and keeping a bridgehead with continuous rifle and machine-gun fire and covering the guidance of the crossing over the water barrier. And again, despite the very difficult conditions, there is practically no serious losses. For this feat, after reintroducing, Lieutenant Zarudin received his Golden Star.

After the end of the war, Yury Fedorovich, like many other front-line soldiers, remained in the army and took up his studies. He graduated from the Military Academy of Armored Forces and the Military Academy of the General Staff, commanded a regiment, division, corps, army, group of troops. He served as chief military adviser in the Socialist Republic of Vietnam.

It is very good that, while celebrating the Heroes Day of the Fatherland, we can express our gratitude to the veteran and through his face express admiration to all the heroes who have preserved our homeland in the difficult times of severe trials.

Ctrl Enter
Noticed oshЫbku Highlight text and press. Ctrl + Enter
We are
"For service and courage" "He was given for courage and loyalty to his native land."C George on the chest. Cavaliers of the Order of St. George on the fronts of the First World War
12 comments
Information
Dear reader, to leave comments on the publication, you must to register.