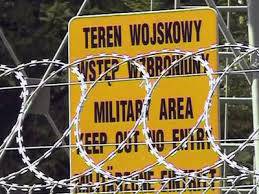 The fact that special prisons and concentration camps of the CIA exist in a number of Eastern European countries, for example in Poland, Romania, Lithuania, Ukraine, Bulgaria, Macedonia, on the territory controlled by the Kosovo-Albanian regime, were among the first to be reported at the time by the Swiss media. In December 2005, the Polish Gazeta Wyborcza confirmed that there is “the main European secret prison of the CIA” in Poland. These days, the scandal jammed then got a sequel. In Strasbourg, at the European Court of Human Rights (ECHR), hearings began on a lawsuit filed by two prisoners of the American Guantanamo prison, Palestinians Al-Nasiri and Abu Zubeid, who claimed that at the beginning of 2000, the US secret services kept them in the Polish military the prison ...


Lawyers for several months demanded to make the court session closed and not to let the press. However, the results of the investigation, the details of the abductions and torture were still made public. It turned out that the Poles actively contributed to the fact that the CIA language refers to “advanced interrogation techniques” and includes sophisticated torture and harassment such as dehydration, hypothermia, “warming up” with the threat of death, when a gun is turned on or a drill is turned on. That was how they interrogated prisoners of the secret CIA prison near the village of Starý Keikuty in 170 km from Warsaw.

Romania, the Council of Europe accused of creating secret prisons back in the 2007 year (although they appeared here at least four years earlier). In Lithuania, special prisons located in 20-40 km from Vilnius appeared since 2002, and the joint operation of the CIA and the local State Security Department (State Security Department) in the form of torture sessions with “live material” brought from Afghanistan was called “Amber otpor”.

But why still Americans bullying prisoners and covered the whole world network spetstyurem and concentration camps?

The fact that the USA has created a whole network of concentration camps and secret prisons throughout the world is now well known. The geography of the global gulag is amazing. According to Dick Marty, a representative of the legal commission of the Parliamentary Assembly of the Council of Europe (PACE), European countries have been aware of “the existence of secret CIA prisons and the US attitude towards alleged terrorists in these prisons” from at least 2004. Dick Marty, an experienced Swiss lawyer, called the passive attitude of the authorities of several European countries to what the Americans did to Muslim prisoners, "shameful." But besides the European “islands”, the global GULAG created by the Americans includes concentration camps and prisons located in Afghanistan (at least nine), Pakistan, on Diego Garcia Island in the Indian Ocean, in Jordan, Iraq (at least thirteen), in Syria , in Cuba, in Azerbaijan, Qatar, Saudi Arabia, Thailand, Morocco, Egypt and other countries, where there is simply no one to be “ashamed” of the Americans. In addition, a number of concentration camps operate at military bases and warships of the United States.

As for the bullying of Muslim prisoners, according to The Washington Post, from the very beginning they were part of the development of a special method. The will of the arrested had to be broken, for which they were stripped naked, and for the adherents of Islam, who prescribe to cover the body as much as possible, this is a terrible mental shock. Lawyers defending US servicemen accused of carrying out torture in the Abu Ghraib prison claimed that their wards did not do so out of sadism, but followed orders.

US military intelligence specialists back in the early 2000s. started a thorough study of the reactions of the Muslim "fundamentalist" consciousness to critical stimuli. The goal is to create and test technologies for reflex control of people based on knowledge of the systemic reactions of a given population, of which these people are representatives. Experts from the ministry of Heinrich Himmler, later recognized by the Nuremberg Tribunal as war criminals, were engaged in the Nazi concentration camps. This, so to speak, is the scientific side of the matter, which has already found "technological" use during the "Arab spring", aggression against Libya, Syria, etc.

And there is also the notorious "human factor". Since the prisoners of the overwhelming majority of the concentration camps, prisons and special prisoners in the global GULAG are not registered anywhere, the jailers are free to dispose of them at their discretion. About how rich the imagination of these individuals who grew up on Hollywood film production, the civilized world has already learned, having seen pictures from the Abu Ghraib prison. Apparently, one of the goals of that information campaign was to divert attention from the “technological” background of the experiments conducted on people in an American prison in order to reduce the problem to the “psychopathic” component - they were just “amused” by the mentally unbalanced lower ranks.

Global GULAG began to be created not a year or even ten years ago. And the camps included in it were not Hitler and Himmler's invented, and not even the Soviet Chekists, as Solzhenitsyn claimed. Stalin's gulag was only the assimilation of advanced Western experience. The first "real" concentration camp was created in the United States back in the distant years of the Civil War of the North and South (1861-1865). It was organized by Southerners in the town of Andersonville. In total, about 10 thousands of captured northerners died here. More than 300 prisoners were shot just for stepping over the line. Already there, in Andersonville, prisoners were tortured not for clarifying military information, but simply because of sadism and “scientific interest”. After the war, the camp commandant was executed by northerners as a war criminal. (The northerners also created concentration camps, atrocities also flourished there, but since the northerners won the war, there was almost no evidence of their crimes).

Made a contribution to the creation of factories of death and the British Empire. In general, free Britons have long been exiled for minor misdemeanors to Australia (to turn an entire continent into a convict prison - no Nazi could have thought of this). And the twentieth century began under the roar of the first war for the "new world order" - the Anglo-Boer (1899-1902). During this war, the British for the first time used not only the latest “progress” at the time, such as explosive bullets, shrapnel, scorched earth tactics, mass hostage seizures, but also fenced with a thorn with machine guns around the perimeter of the concentration camp, where many Boers died. So that because of the abundance of the sick and the dead, epidemics did not start in the hot African climate, the British built in the concentration camps of the crematorium. Thus, Hitler and his henchmen did not have to invent anything — not only the idea, but also the practical destruction of certain categories of the population in the death camps, the Anglo-Saxons had already tried.

But back to today. Not only the concentration camps, but also the computer "BEAST", where the numerical codes for each inhabitant of the Earth are inserted, are the brainchild of the leading technological "technological progress" country - the United States of America. Back in the 1997 year, long before the global wiretapping scandals, Snowden's revelations, the “Manning case”, etc., the US government allocated 500 million dollars to a universal network computerization program in order to take control of all monetary operations, medical services, etc. p., closing this system through biometric cards on the famous supercomputer with the symbolic name "BEAST". The introduction of biometric cards with all the data of the human body can plunge mankind into an unprecedented technotronic slavery. People are numbered, as in the Nazi concentration camps. And, in general, the case is small, since the concentration camps system has already been tested by Americans on a planetary scale.

Ctrl Enter
Noticed oshЫbku Highlight text and press. Ctrl + Enter
We are
What you didn't want to know about EnglandInterview by President Bashar Al-Assad to the Sunday Times
21 comment
Information
Dear reader, to leave comments on the publication, you must to register.