Kurganets-25, BMD-4M, BTR-MDM: Tractor Plants are ahead of the curve

December 6 2013
32
The Concern Tractor Plants Concern division of the machine-building industrial group is heading ahead of the deadlines for the implementation of long-term government contracts concluded with the Russian Ministry of Defense as part of the National Weapons Program - 2020, which it implements, aimed at the effective development of the Russian Army’s weapons system. This was reported to the Vestnik of Mordovia in the Department of Strategic Communications of the Tractor Plants Concern. 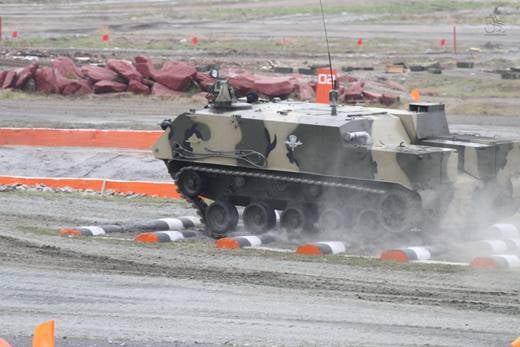 “The purpose of the President of Russia is to bring the share of modern technology in the Armed Forces to 2020% by 70,” said Albert Bakov, first vice president and chairman of the board of directors of Kurganmashzavod, stating the position of Tractor Plants. - Our specialized enterprises, which are drivers of high-tech development of our entire holding, have a specific task to optimize the type of weapons we produce and to create unified interspecific tracked platforms that should become the basis for creating a new generation of military equipment and contributing to the formation of the Russian Armed Forces ".

According to the commander of the airborne troops of Russia, Vladimir Shamanov, the airborne troops are scheduled to equip the 700 BMD-4M and the same number of BTR-MDM. At the same time, the colonel-general emphasized that the potential of industrial enterprises today allows for a quick revision of the samples and the start of production of military equipment with company and battalion sets. “Enterprises are capable of creating pre-charts in order to fully comply with the parameters of the state defense order of an armament program,” he said.

Another enterprise that is part of the Tractor Plants Military Equipment Division, OOO Volkograd Tractor Plant VMK (VgTZ), as part of the state order, continues to carry out major repairs with the modernization of BMD-1 with reduction to the type of BMD-2. The company's specialists carry out maintenance and repair of BMD-2 and vehicles based on them in military units of the Ministry of Defense of the Russian Federation. Also, on a contract basis, VgTZ supplies spare parts to the “deuce” to specialized repair enterprises of the country. 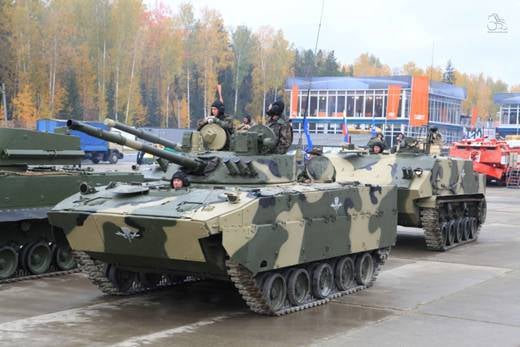 In addition, the plant is a co-executor of state contracts for development work on a number of topics carried out by Kurgan enterprises of the machine-building industrial group - KMZ and SKBM. VgTZ supplies its cooperation colleagues in Kurgan with components based on BMD-4M and BTR-MDM chassis, and Lipetsk crawler tractors (LZGT) Ltd. in Lipetsk — units for C-300B anti-aircraft missile systems.

To date, the LZGT state contract for the manufacture of tractor units for air defense systems in the interests of the Ministry of Defense is also at the stage of timely execution. 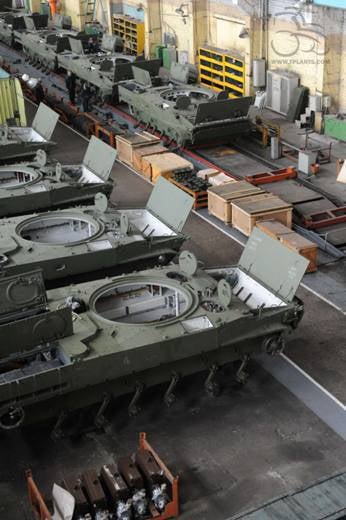 “Today, practically all the enterprises of the Concern’s Tractor Plants military division are working hard to fulfill their obligations under the state defense orders,” says Mikhail Levshunov, head of the military equipment department of Tractor Plants. - We understand that the Russian Army in the near future expects to receive reliable modern military equipment with high power. We are ready for close cooperation with the Ministry of Defense in order to carry out as soon as possible and efficiently the refinement of prototypes and the preparation of production for the mass production of military equipment. I note that a large amount of work for Kurgan enterprises of the machine-building industrial group Concern Tractor Plants is associated with development and development of prototypes of the average Kurganets-25 tracked platform and machines based on it. But this is still a closed topic. ”