Hero of Russia led the battle to the last 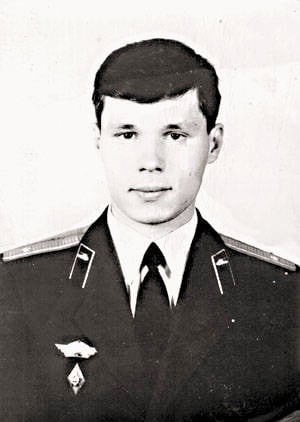 ... Wednesday, April 27, 1995, in Saransk, Lieutenant Sergei Golubev was escorted into the last journey ... Young officer, commander tank company, until the last cover for the exit from the environment of his soldiers trapped in the "peaceful" (as the corrupt central press wrote) the Chechen village of Bamut. He was 23 years old ...


It became known that the lieutenant of the internal troops, Sergey Nikolaevich Golubev, was posthumously represented by the command for the title of Hero of the Russian Federation ... We will not write anything from ourselves — the word to the fellow soldiers of Sergei. The captain of the Nalchik brigade of the internal troops, Alexander Korshunov, and the ensign Alexander Maximov, will say much more authoritatively about everything. Although it may not be so smooth:

... Well, to tell ... Lieutenant Golubev ... Our Seryozha ... By the way, his mechanic driver Sasha Maximov. We are all from the first days in Chechnya. Gone are all: Chervlennuyu, Grape, Grozny assault ... February 18 came from there, returned for replacement. I was lying in the hospital, Sashka too - they brought him there a little later ... There were not enough officers there, I decided that I would go again. Days 15-20 otlezhivalsya, then again - there. There again military operations - Gudermes, Argun, Samashki, and now - Bamut ...

From a letter from his colleague Sergei Golubev to his parents.

“... I still cannot believe that Sergey is no more, sometimes we remember him as living in everyday conversations. I remember three tanker fighters in the positions. I just told them that I did not think that there was such a crew in Lieutenant Golubev’s company. For them, it was worse than the harshest punishment if I cursed them or even beat them, but only a word ... The guys say that we will not have such company officers anymore.

About that fight. He did not walk for two hours, the guys stayed for five hours. But Bamut was very strongly fortified, there were a lot of militants and they paid dearly. Over eighteen of ours, they lost about two hundred. They say that Dudayev himself came there. They considered that some selective units had fought with them. There was one task - to take Bamut, but they could help only with fire, the gorge was narrow, spirits on the heights, parts could not turn around with all their might. In general, even though we were at a very disadvantageous position, we did the best we could ... "

Sergey Golubev was posthumously presented to the highest award of the country, but he received only the Order of Courage 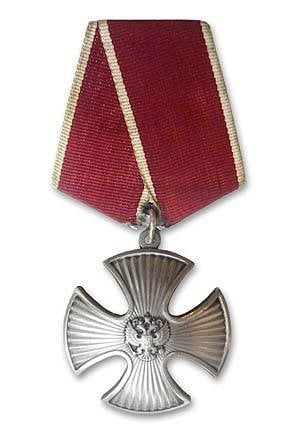 Circumstances of the battle? .. I do not know how the operation was planned and carried out there, but it just so happened that two tanks - the army T-72 and Seregin “peteshka” (PT-76) were in the very center of the village. The "spirits" missed them, and then the trap was slammed shut - a fire bag. The fight went more than two hours. Two lieutenants - Sergey Golubev and Vyacheslav Kubynin - from the 9 motorized rifle company until the last moment covered their soldiers. Serezhkin tank immediately knocked down, followed by an army tank caught fire. Sergey from the downed and motionless tank to the last fired - there was a firing point in one of the "peaceful" houses of the "spirits": a large-caliber machine gun on ours thrashed. This machine gun they filled up. Then the fighters began to cover the waste. Slavka Kubynin, the company commander, twice wounded, from a burning tank, fired from a turret machine gun. Until. until they killed ... Witnesses of the battle were few, so it would be difficult to tell in more detail. One can only guess: the unbearable, probably, was already sitting in his burning tank. A street fight is when action films from 10-15 graze, they wait for the tankman to come out ... So Seregu has been shot so much. Judging by the injuries, this is exactly what happened: “multiple bullet wounds to the chest.”

... Two hours they were there in the "ring" were fighting. 20 escaped from there with a few fighters. Then for two days the "spirits" did not give up our dead. We exchanged them for these ... fucking prisoners of war "Mujahideen": we put the 18 prisoners into operation, and instead of 18 we received corpses, 16 people from our brigade and two army men in Bamut were left forever, that's all ... The earring was whole, and the fighters , apparently, finished off - almost everyone in the face, in the head, in the back of the head was sewn. Who is in the hands of weapon survived, pulled out with his hands, his fingers chopped off the dead.

... Sanya now says that the show has already gone on Heroes of Russia. Slavka Kubyninu and Serege Golubevu.

... I read in this "Komsomolskaya Pravda" ... On the way, when we were carrying a "transport worker". We were carrying seven coffins, and the Ufa residents were carrying five of their officers from under Gudermes. We read this shitty newspaper ... It seems they write their own, Russians, but how about the Chinese army anyway: I entered the “peaceful” village and 18 exchanged pieces of meat for 18 drunkards from jail ...

They write that we are brutal - yes. have at last, nowhere else. They describe - in Samashki, they say, they left the military passage through which some young people went, and we, they supposedly, started shooting at them - ... But they don’t write what these young people were doing, gathered to a disco or jumped with machine guns? .. I don’t know, everyone is being written ... Human rights activists are all - and where were they when the atrocities were going on at the time of the Dudayev regime? .. But now these “Mujahideen” are being defended, murderers and mercenaries. 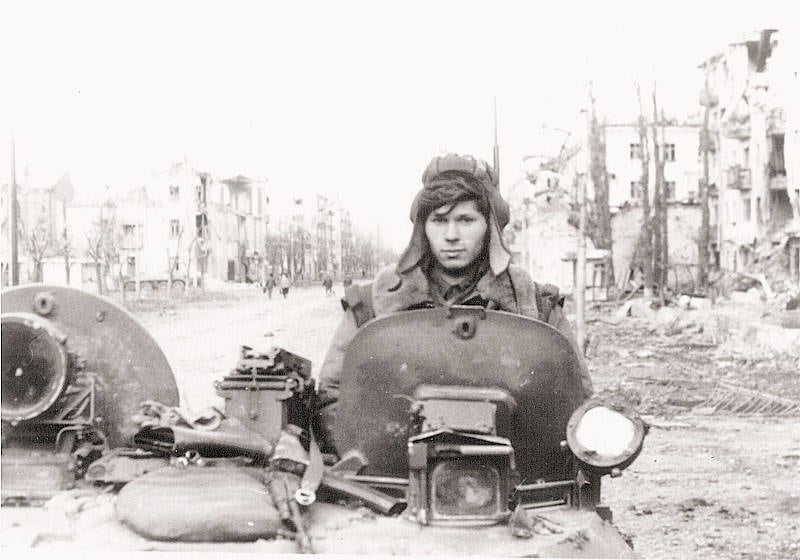 7 was born on September 1971. After school, he entered SPTU number 36, then - at the Ulyanovsk Higher Tank School, after disbanding which he was transferred to Kazan. In 1993, he was given the rank of lieutenant, sent to the North Caucasian Military District, to the tank unit deployed in Nalchik. In December, the 1994 subunit where S. Golubev served as part of the federal forces was introduced into Chechnya. Heroically killed in the assault on Bamut 18 on April 1995.

The command sent the documents for submission to Sergey Golubev posthumously the title of Hero of the Russian Federation. But, as is often the case, the leadership appreciated the hero’s feat in its own way, he was posthumously awarded the Order of Courage.

Ctrl Enter
Noticed oshЫbku Highlight text and press. Ctrl + Enter
We are
Myths of the Great Patriotic. Papier mache helmet"St. Petersburg" company
49 comments
Information
Dear reader, to leave comments on the publication, you must to register.