Russian trail of the virus Stuxnet

December 6 2013
121
I am a professional programmer and a physicist by training, so everything that is stated in this article is not speculation, I can do all this on my own, with my own little hands. Yes, and I have much more information on the topic than I can state on this information site that is not relevant to me.
So if you object to the forum, think to whom you object.

This is not for youWeapon from the pass, where I look like an amateur, I am a professional in this subject, so take heed of yours with respect.

Let's start with stories a hundred years ago

In 1905, during the passage of the military column along the "Egyptian" bridge in St. Petersburg, it collapsed due to a strong “swinging” then said. Now we would say because of the resonance. 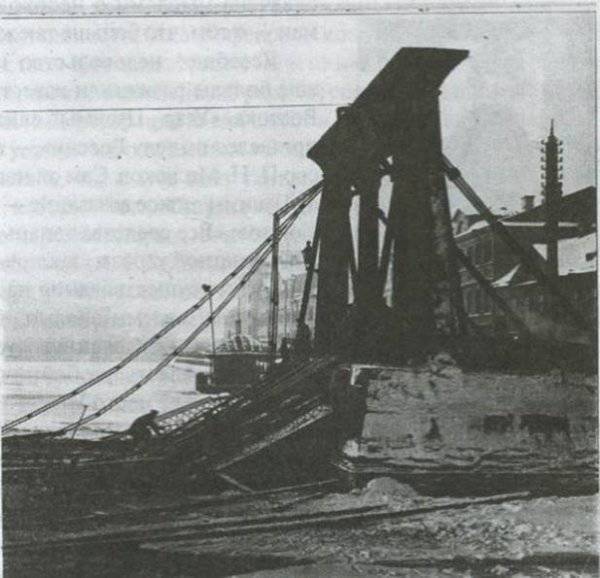 The basic version is that the design of the bridge could not withstand too rhythmic oscillations from the harmonious step of the military, which caused a resonance in it. This version was included in the school curriculum in physics as a clear example of resonance.

In addition, a new military command “to go out of step” was introduced; it is given a drill column before entering any bridge.

The history is instructive in the sense that when confronted with an unknown phenomenon, the military promptly understood it and took adequate measures to prevent it in the future.

We would now have such thoughtfulness and efficiency.

Accident at the Sayano-Shushenskaya HPP

In modern Russia, a hundred years later a similar catastrophe occurred. As a result of the accident of power unit No. XXUMX of the Sayano-Shushenskaya HPP 2 August 17, the machine room was destroyed and the HPP was completely stopped, the accident claimed 2009 human lives (no people died on the bridge). 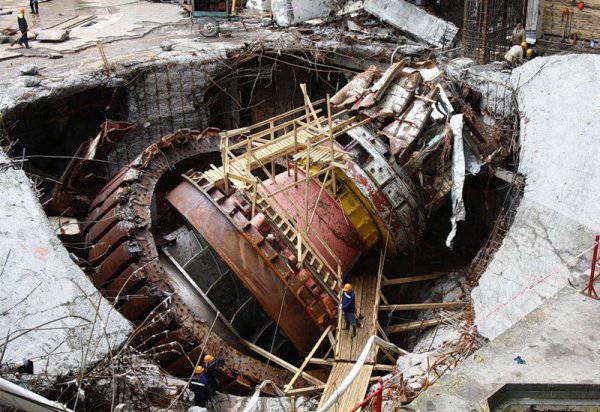 If you translate into an understandable language, the power unit (hydraulic turbine connected to an electric generator) collapsed due to long-term work in areas of load on which there are resonances of an electromechanical system.

A hundred years ago, the experts dealt with the situation and drew conclusions, which everyone has followed until now, no one will ever cancel the “upset step” command.

The region of resonances in the document is vaguely called the “non-recommended zone.” Officials didn’t have enough courage to even call everything by their proper names, let alone draw conclusions. Events meanwhile developed further.

Stuxnet was the first computer virus to damage physical objects. Because of him, many centrifuges at Iran’s nuclear facilities failed in 2010. The cyber attack at the Iranian uranium enrichment plant in Nethenes has delayed the development of Iran’s nuclear program for several years. 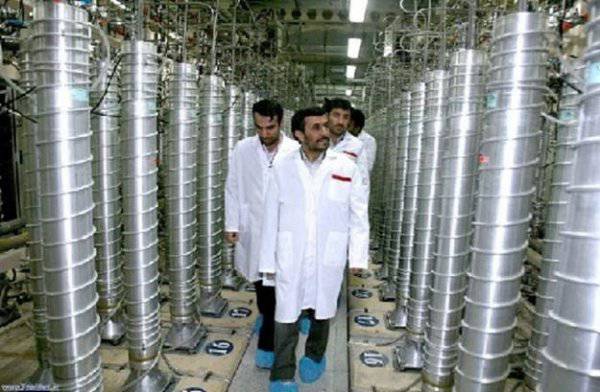 Military analysts admit that Stuxnet has become a new milestone in the development of cyber weapons. From the virtual space, it has passed into reality, since the attack of such a virus affects not physical but real objects.

The destruction of the centrifuges by the Stuxnet virus was carried out by the resonance method of the electromechanical design of the centrifuge. Explained on the fingers, the gas centrifuge has a fast-rotating shaft (20-50 thousands of revolutions per minute), which turns the electric motor. The electric motor is controlled by the controller, if this controller is reprogrammed so that it periodically changes the centrifugal shaft speed (called “frequency beats” for professionals), then at certain “beating” frequencies the system will go into resonance and the shaft axis bearings will collapse.

And it will look like a normal breakdown not related to the operation of the electronics and the programs of the electric motor control controller. First, the vibration will increase, then the nuts fasten the housing parts, then the bearings are broken and the system eventually wedges and loses tightness.

The Stuxnet virus, which hit the object, did just that, reprogrammed the Simatic S7 motor control controller so that it would produce a voltage with a beat frequency that is a multiple of the resonant frequencies of the rotating centrifuge shaft.

The process of increasing the amplitude of the resonance can take hours, if not days, so for the staff it looked like a design defect of the centrifuge itself.

The Iranians did not understand that their centrifuges were destroying the virus until programmers from Belarus discovered the virus itself and did not understand its functional load. Only after this, the Stuxnet virus gained worldwide fame, and Iran recognized that its nuclear facility had been purposefully attacked for at least one year by this very cyber weapon.

What happened at the Sayano-Shushenskaya hydroelectric power station

The accident at the second hydraulic unit of the Sayano-Shushenskaya hydroelectric power station occurred because of a resonance, as it was at the beginning of the twentieth century Petersburg, as it was a year later in Iran. Moreover, it can be argued that the equipment was deliberately introduced into resonance using the methods implemented in the Stuxnet virus.

The fact is that at the time of the accident the unit was controlled by automatics. Manual control for the issuance of constant power was turned off and the unit operated in the mode of compensation for the load pulsations in the power systems of western Siberia.

When commissioning the equipment, the resonant frequencies are checked and the acceptance certificates indicate the modes in which the equipment is prohibited.

Ukrainian experts in March, 2009, removed these most important parameters from the second unit (during scheduled maintenance) where and in which hands this data fell unknown, but it can be assumed.

Having these data, it is not at all difficult to swing the unit's system through the microcontroller of the control of the piped operator so that it gradually, over several hours, drives the turbo unit with the electric generator on the same shaft into the resonance zone.

After that, the studs began to turn away from vibrations holding the turbine cover, which was the direct cause of the disaster.

The operation of the turbine and the generator in automatic mode is controlled by a special system, called the group control system of active and reactive power (GRARM). 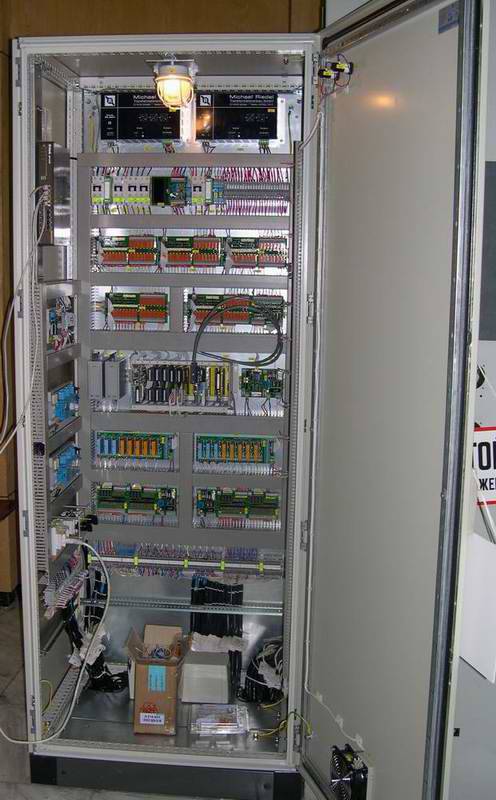 The electronic part of the GRARM control cabinet is made on the basis of a Fastwell PC-compatible microcomputer.

Naturally, no one thought about Information Security then, this system had direct access to the Internet, the resonant frequencies of the unit were known.

I think no further explanation is necessary, something happened that happened ...

Colleagues from Israel and the United States successfully tested cyber weapons for the destruction of infrastructure facilities in practice, then of course you need to create a special kind of troops for its use, which the US did in the same 2009 year by organizing Cyber ​​Command with 10 people.

Computer viruses in the third millennium became also weapons and were called “Cyber ​​weapons”, moreover, in many countries these weapons are allocated to a separate branch of troops, the generalized name of which with the light hand of Americans became the name “Cyber ​​Command”. 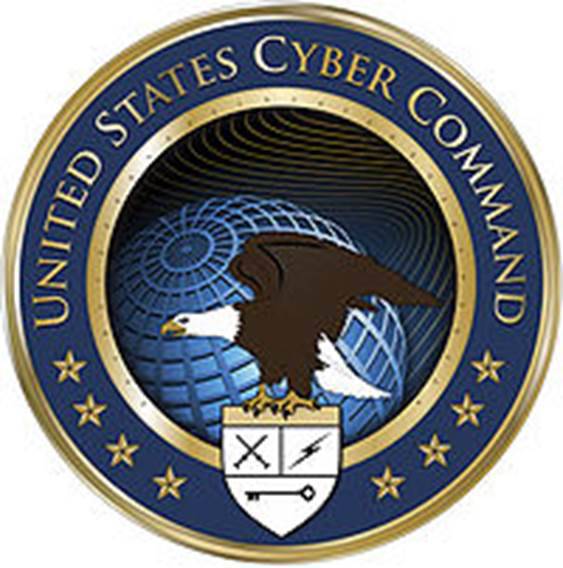 The commander of these armed forces received a very fantastic name, do not believe it, in the USA it is called “Cyber ​​King”, and the Russian word is used for the official name of the American commander.

This weapon has already been used in the undeclared war between the United States and Israel against Iran. Most likely it was used in Russia, at the Sayano-Shushenskaya hydroelectric station, there is its trace in the accident on the Indian project of leasing nuclear submarines.

The same St. Petersburg firm there again lit up; it was the developer of fire extinguishing equipment, which, as a result of spontaneous triggering, led to the death of people on sea trials ... but this is a separate issue.

Ctrl Enter
Noticed oshЫbku Highlight text and press. Ctrl + Enter
We are
The virus for which there is no medicineBeat method
121 comment
Information
Dear reader, to leave comments on the publication, you must to register.