Russia: the future is getting darker (Strategy Page, USA) 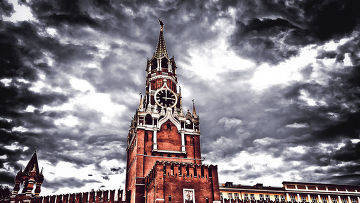 China enthusiastically plays the role of instigators in the activities of the Shanghai Cooperation Organization. This regional security forum was created in 2001 in Shanghai, Kazakhstan, Kyrgyzstan, Tajikistan, Uzbekistan, Russia and China. Initially, the main goal of the SCO was to fight Islamic terrorism. However, Russia hoped to turn the SCO into a counterbalance to NATO. Members of this organization conduct joint military exercises, which are mostly ostentatious. They also share information about terrorists, which is often very useful. Countries like Iran, India, Afghanistan, Pakistan, Mongolia and Turkey want to join the SCO. These countries are allowed to send observers to meetings of the organization. China attaches increasing importance to economic cooperation, as its economic power brings this country to the fore, and it replaces Russia as the main investor and trading partner with the countries of the region. Russia does not like to focus on this, because it means expanding China’s economic and political power. On paper, China today is the dominant military force in Eurasia, and Russia is trying in every way to downplay the importance of this factor. Many Russians fear that the aggressiveness that China is demonstrating today in relation to India and to all those who border the South China Sea may turn against Russia over time.


Government economists lower their growth projections: from 4 to 2,5% from today to 2030, and roughly the same reduction figures are for the short term. This is mainly the result of the decline in world prices for oil and gas, and this reduction is caused by the American revolution in oil and gas production using hydraulic fracturing technology. In this regard, reduced fear of reducing the supply of oil and gas. Since oil and gas are the main items of Russian exports and the source of foreign exchange earnings, this is very bad for Russia. Corruption and the lack of a reliable legal system discourage foreign investors and prevent Russian entrepreneurs from creating new and developing existing companies. It seems even more painful in comparison with Western Europe, where there are no special oil reserves, but there is a much more favorable business climate. For example, the population of Britain is two times less than in Russia, and the GDP there is by 25% more.

But in Russia there are also positive sides. Some declining defense enterprises are starting to revive. The state-owned helicopter company has orders for 5 billion dollars only for the supply of commercial and military helicopters to the countries of the Middle East and Africa. Russian helicopters are unpretentious and cheaper than Western models, and therefore they can return to many countries around the world.

Russian diplomacy is also making great strides. Attempts to organize a peace conference with the goal of ending the civil war in Syria are not yielding results, but in general, Russian support for the Syrian government has so far been quite successful. Iran and many rebel groups do not want to participate in this conference, but Russia persuaded NATO to put pressure on the rebels to come to the talks. The rebels and their Arab supporters are angry with the US and Europe because they do not render them aviation support and agreed to a deal organized through the mediation of Russia on the destruction of the Syrian chemical weapons. Russia also deserves credit for the success in the negotiations with Iran on nuclear disarmament.

North Korea was another Russian diplomatic success. Neighbors are trying to help this country in solving its economic problems. And Russia manages to shoot both tops and roots. It concludes trade agreements with both Koreas, and in fact, convinced South Korea to quietly invest its capital in the Russian project to modernize and extend the inactive railroad from Russia to the DPRK. The revival of the railway link between the two Koreas will also create new trading opportunities and new business for North Korea, as South Korean goods will be transported through this country to China, Russia and Eurasia (via the Trans-Siberian Railway). This is a very concrete and optimistic perspective for all three countries, and it finds support in the form of financial promises from Russia and South Korea. Everything depends on the leadership of the North, which must agree that the salvation of the country is in economic reforms. At the moment, the North Korean elite are afraid of any changes, as this may trigger a revolution. But changes are still taking place, and rich neighbors are trying to explain this to the perplexed leadership of the DPRK.

Meanwhile, in Russia there are some fundamental problems that are not amenable to any attempts to solve them. For example, Russia recently discovered that although its Air Force has 16 heavy Tu-160 bombers, only a few cars can fly, because spare parts for them are running out. This is the result of the closure of numerous Soviet factories in 1990, which produced the most important components and parts for these aircraft. And new sources of supply of spare parts have not yet been found. There is also a shortage of special production equipment and specialists capable of working on it. Thus, the company that received an order for the repair of 26 engines XK NUMX NK, which are used on the Tu-32, managed to complete the work on only four of them in two years. And these are just engines. Plans for the repair and upgrading of all 160 aircraft depend on a variety of suppliers capable of providing aircraft manufacturers with their products. But the list of suppliers unable to cope with the tasks set is constantly growing. Russia has been postponing the solution of this problem for more than ten years, because it had a lot of spare parts for the most important weapon systems, which were becoming ever smaller. But now these parts are running out, and if there are no new suppliers, it will be impossible to maintain the weapons of the Cold War at the proper level.

The Russian Ministry of Defense this year unexpectedly implemented a series of changes. For the first time, the “control center” of the armed forces will exist separately (in the new complex of buildings) from the headquarters (General Staff, which has been planning and administering for a long time). This is part of the Western tendency to establish civilian control over the highest military command. At the same time, much attention was paid to reassuring and delighting the guardians of military traditions. The Ministry of Defense overturned the decision to transfer to the new brigade structure two elite divisions stationed in the Moscow region (Kantemirovskaya tank and Taman Motor Rifle Division). The ministry also ordered that ideological training be returned to the troops and began to use the services of informants and sociological services more often to monitor the political and moral condition and loyalty of servicemen. In fact, the government returned the institution of “political leaders” (deputy commander for political affairs) that existed in the era of communism. In Soviet times, each unit commander and subunit had their own deputy (political officer), who represented the Communist Party and had the right to veto any decision of the commander. The deputy political officer was responsible for the loyalty of the military personnel and for their correct political moods and views. He was something like a chaplain, but from the Communists. Earlier (in 2010), military priests reappeared in the Russian army, with whom the Communists finished off in the 1920s. However, new priests are required to report on the loyalty of servicemen to both the church and the state. No new posts have been introduced for ideological training and moral control in the army. This is not exactly a return to the era of the politicians, but many of the duties of the politicians have returned.

The Japanese complain that Russian combat aircraft are increasingly flying in close proximity to their airspace, and these complaints are puzzling to Russian leaders. After all, their airplanes simply increasingly perform training tasks, and there is a lot of Japanese airspace east of Eurasia. So the Russian combat vehicles can’t fly around with Japanese air defense radars. In the past six months, Japanese fighters went on alert an average of once a day to intercept approaching Russian aircraft.