Fear of active change. To the next decrease in growth forecast for Russia 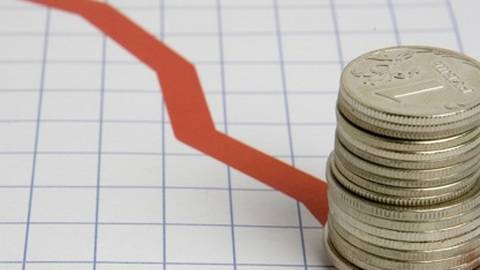 The Ministry of Economic Development has worsened the outlook for the growth of the Russian economy. The fourth time this year. The forecast for the 2014 – 2015 years is also worsened. In such a situation, the implementation of the May decrees of Vladimir Putin becomes an almost impossible task, which is directly stated without hesitation in the Government. What it is - sabotage, inability to work or the pressure of external circumstances - we analyze below.


Putin they do not decree

Note that in order to fulfill the May presidential decrees in the part of only raising public sector wages, the country needs an increase of 4%. And for the implementation of all decrees in general - no less than 7%.

As is easy to see, in the forecasts of the Ministry of Economic Development, these figures do not even smell.

But this is a trifle compared to the main trouble - no one in the government really knows how to achieve high performance. Or know, but do not say. And there is something to speculate about.

May decrees of Vladimir Putin, as we recall, were met with a positive and even somewhere with enthusiasm. Because it seemed that now the president, who had returned to his post again, would ask the officials to the fullest extent for their implementation. And because of this, confidence was born in the depths of my soul that one way or another they will be fulfilled. Well, maybe not on 100% - we are all human. But even being executed percent on 80% - they promised us a lot of pleasant and useful for the country.

And we began to wait. But soon unpleasant signals began to appear and the first conversations that the government could not cope with the tasks assigned to it. We cautiously assumed that if it "does not pull," then it makes sense to change it to a more capable composition. However, Vladimir Putin himself rejected this idea, explaining that too little time had passed to ask for the execution of decrees. And we began to wait further.

Then, when it seemed to us, there was enough time for some conclusions - that the decrees would not be executed, they suddenly spoke openly in the Government itself. And it seemed to us unheard of audacity. However, even here the president stood up for the ministers, explaining that the unstable situation in the global economy was to blame. And after a while, Vladimir Putin admitted that he deliberately laid down in the decrees excessive figures to encourage the government to work.

And this is very strange. No, this method is known and often works well. When a subordinate receives a super task, he begins to work with triple energy, hoping to fulfill it at least partially, in order not to be punished too severely. But this method is usually supported by two important circumstances: the inevitability of punishment for failure to comply with the plan and the absence of even hints from the authorities that it can be partially implemented.

As we can see, none of these material circumstances have been respected. The president protects the government from criticism and openly declares that he deliberately raised the bar for assignments. As a result, the government generally loses all incentives to work, in each case it is convenient to grasp the saving mantra about the “unfavorable external conjuncture." And lowers the growth forecast four times a year.

... In the spring of 2012, we were happy about presidential decrees, not because there were some separate positive figures (many of us are not directly affected by them at all). We rejoiced, because we saw the hope of an integrated approach to solving the difficult, long-standing problems of our economy. After all, even to a person who was far from economics, it was clear that the fulfillment of the presidential assignments implied the beginning of a new global project, a new industrialization (which only costs the creation and modernization of 25 million jobs by the 2020 year). However, so far, instead of this, we have received only a series of questionable reforms and the actual refusal of officials to perform the tasks assigned to them.

There is a version that the economy of our country is controlled by deliberate pests sent by British intelligence. If this were the case, then the problem would have good prospects for solution in the form of a series of loud exposing processes and purification of power from pests. Experience in this matter is available. But, I'm afraid, the reason for the failure of presidential decrees is not at all in this.

The reason seems to lie in more prosaic things - the lack of motivation for change. Overcoming it is much more difficult than calculating spies.

I think that there is an understanding of the need for a modernization breakthrough not only for us, ordinary citizens, at the level of sensations, but also for the Government at the level of figures and forecasts. It should be even deeper than ours. As well as the understanding that this breakthrough is inevitable and is approaching the country with the inevitability of a bulldozer in the Ukrainian “euromaidan”. That's just to exercise it scary.

What lies behind this very "jerk", in addition to our vague ideas, based on the old Soviet newsreels about the course of industrialization and the development of virgin lands? In the first place - a cardinal change of the usual way of life, generating a strong social reaction. The reaction, in the course of which inevitably many will have to part with the usual standard of living, with even abused, but such a cozy job and trips to the resorts of the Red Sea. And with many other “side effects” that we are not thinking about right now.

That is, the “jerk” will be accompanied by such a whirlwind of transformations that will sweep away the entire former way of life and the Government itself in its current form. Moreover, if in the course of gradual degradation, which we are now witnessing, the Government has the opportunity to constantly complain about the “bad situation” and, in the worst case, peacefully go to an honorable retirement, then “jerk” will take upon them such responsibility that they have never in their life borne . The question is - do they need it?

One could turn to a sense of duty to the Motherland as an additional motivating factor. But we know that the economy of our country is controlled by people for whom the dogmas of liberalism are the only guideline. And it very conveniently allows you to abandon all responsibility by shifting it to the "invisible hand of the market." The country will die - what to do - did not fit into historical conjuncture.

Another powerful brain stimulant is, conditionally, the muzzle of a revolver at the back of the head. But this factor is absent. The worst thing that our ministers and their subordinates could face in the current situation is a reprimand or resignation. Or article for negligence. But the real barrel appears just in case of the beginning of global changes, which the authorities do not want to initiate.

In general, no matter how sad it is, one doesn’t have to think about any “jerk”. And this means that the May decrees of the president will be mostly merged. Moreover, those that will be fulfilled may be provided by cutting back on other important articles. As a result, the country will not receive any practical benefit from this activity.

I would venture to suggest that Vladimir Putin understands all this as well as you and me. And it does not put pressure on the Government precisely because it itself fears these global changes. In this case, there is only one question left - does he have an alternative, less traumatic plan for overcoming the crisis, or does he simply, like everyone else, hope for a change in the “external conjuncture”?

Ctrl Enter
Noticed oshЫbku Highlight text and press. Ctrl + Enter
We are
We disassemble the interplanetary transport system (ITS) for parts from Ilona MaskWhat we lost
68 comments
Information
Dear reader, to leave comments on the publication, you must to register.