The US is increasingly afraid of China 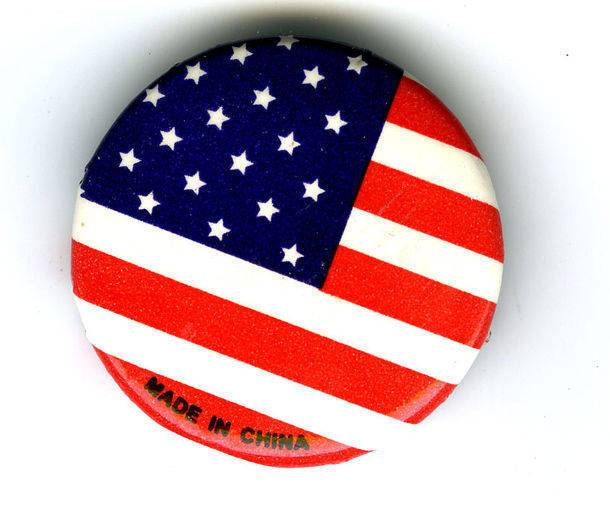 China is ready to throw America off the pedestal of world leadership. And he begins to take real steps towards this. In the US, the scale of the threat was assessed and panicked. 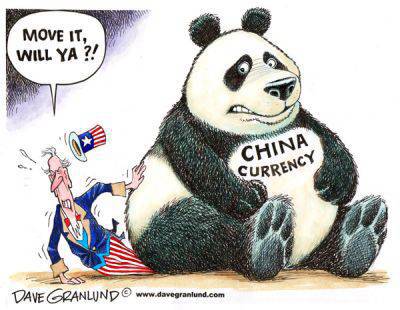 China, as the world's largest importer of "black gold", is moving from dollar to yuan when evaluating contracts for crude oil and no longer intends to accumulate foreign exchange reserves. If we take into account that today China’s 2,5 has a trillion dollars plus US debts of another trillion on 1,3, then these decisions by Beijing can be crushing blows on the coffin of the American economy. Are the United States ready to take on the challenge?

One of the latest meetings of the Subcommittee on Europe, Eurasia and Emerging Threats (Subcommittee on Europe, Eurasia, and Emerging Threats) of the international committee of the US House of Representatives was entirely devoted to one topic - "Marine and other geographical threats of China." The event, frankly, did not pretend to the attention of world media. If it were not for the conclusions that were made here.

The event was opened by Republican Congressman Dana Rohrabacher - a person is not ordinary in the American political establishment. Suffice it to say that at one time he, being a speechwriter of Ronald Reagan, put into the mouth of 40 US President the famous definition of the Soviet Union - “The Empire of Evil”. Now China gets from the congressman. At various times, Rohrabacher accused the People's Republic of China of illegal trade in human organs, called for a boycott of the 2008 Olympics in Beijing and did not hide what he considers the Middle Kingdom as the main potential enemy of America, "because there is no democratization there."

He began the meeting of the subcommittee with a statement in the same vein: “We are in a state of cold war with China!”, Which set the tone for the whole event. It has, in fact, turned into "exposing the cunning Beijing", which sends spies to the USA under the guise of Chinese students, arranges endless hacker attacks and tries to take away from the American-friendly countries of the island in the South China Sea.

Committee member Alan Lowenthal summed up the meeting: "We need to be more concerned about China, otherwise ... the new Pearl Harbor could take the United States by surprise." 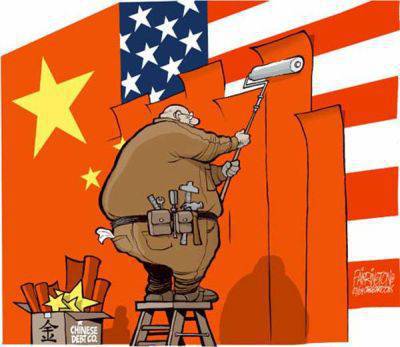 Everything said in the subcommittee was surprisingly united by the American mass media. The Washington Times newspaper alone produced a series of publications designed to convince readers of the seriousness of the "yellow" threat to US residents. Referring to the Chinese media, American journalists, in particular, argue that the submarine fleet of the PRC, numbering about 70 submarines, is capable of delivering a devastating nuclear strike on the west coast of America, and China’s intercontinental ballistic missiles reach the east. "If we launch our ICFs DF 31A across the North Pole," the Washington Times quoted Chinese colleagues, "we can easily destroy a whole list of megalopolises ... whose population is about one-eighth of the total population of America."

Scaring their citizens, the newspaper decided to beat the nerves and Taiwanese, writing a script for the seizure of the island by the Communists. However, the capital's journalists did not discover America. On the first serious confrontation between Beijing and Washington around Taiwan, six years ago, a documentary was shot with the eloquent title China vs. US: A War of Empires (China vs USA: Empires at war). Then the major military maneuvers of the Chinese army in the Taiwan Strait almost led to a collision with the American aircraft carrier group, which took the training for preparing for an invasion of the island. Here are some quotes and examples from the film directed by Anthony Dufour.

"In 1996-2006, the PRC's military budget doubled every year and today it is the second in the world after the United States. In fact, the figures may be two to three times higher than the official ones," said Chen Tan-Sun anxiously. President of the Taiwan National Security Council (Taiwan National Security Council, Taipei). The result of an intensive build-up of its military power, Beijing demonstrated in the same year 2006. October 26 in the Okinawa area, the Chinese diesel submarine Type 039, not detected by anyone, surfaced in the very center of the strike group headed by the aircraft carrier Kitty Hawk. A month earlier, the PLA conducted a successful test of an anti-satellite rocket, after which Beijing declared that it also possesses the technology of laser "blinding" enemy orbiters. In a subtle way, China hinted at the United States that it could neutralize their main striking force in the Asia-Pacific region: satellites and aircraft carriers.

Washington, at that time occupied by the situation in Iraq, Afghanistan and the Middle East, either did not understand or ignored the hint. And in vain. Beijing took this as a sign of America’s weakness. “If the United States has big problems, they will have no energy left to annoy China,” said Lau Nai-keung, a well-known Chinese analyst. America started only in 2011, when in the United States the content of the 363-page report prepared by a group of students of Georgetown University (Georgetown University) under the guidance of Pentagon associate Phillip Karber became known. Based on an analysis of open Chinese sources, intelligence data and satellite images, Professor Karber and his team came to disappointing conclusions for the United States.

First, the report says, the People’s Republic of China does not have 300 nuclear warheads, as the Pentagon believed, but three thousand. The second is weapon reliably hidden in the system of Chinese underground tunnels and bunkers, which stretches almost 5000 kilometers. And, thirdly, if Beijing decides to strike at America, then in the end the United States will lose 200 million killed, and the remaining 100 million will be rejected in the Stone Age.

Many experts and scientists have ridiculed Karber’s report and accused him of distorting facts. But the White House decided otherwise. Already in November of that year, speaking in Australia, Barack Obama announced that the United States would increase its military presence in the Asia-Pacific region. In January, the Pentagon 2012 presented a document titled “Maintaining US Global Leadership. Defense Priorities in the 21 Century. ” It recognizes that the growth of China’s military power "must be met with the greater clarity of our strategic intentions." A year later, Barack Obama signed the National Defense Law (National Defense Authorization Act, NDAA), where he instructed the US Strategic Command (STRATCOM) to find out whether the Chinese underground nuclear system posed a danger to the United States? And if so, how to neutralize it? 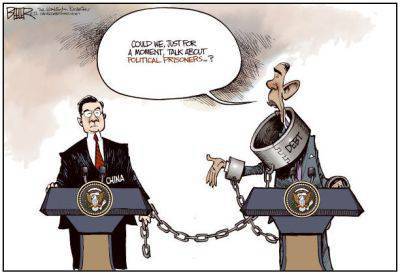 Today it becomes clear why the White House is not in a hurry following the example of Rohrabacher to declare a cold war to China. Washington has no more tools to pressure Beijing. The American military power of the Asian Dragon is no longer scary. And having become dependent on trade and economic relations with the PRC, America lost its last argument in a dispute with the Middle Kingdom. As well-known American publicist Michael Snyder (Michael T. Snyder) remarked, "When it comes to the economy, China plays chess and the United States plays checkers."

... In the spring of 2009, in Beijing, a collection of essays was published under the general title "China is angry." Among young Chinese, the book has become as popular as Mao Zedong's quotebook in his time. The authors of the bestseller compared the modern world with a large market where America sets its own rules and robs everyone it wishes with impunity. And the simple Chinese took the conclusion with great enthusiasm: "We must put the gangster in place. And China must do it!"

Ctrl Enter
Noticed oshЫbku Highlight text and press. Ctrl + Enter
We are
RMB InternationalizationAbout the “bomb” that China exploded on November 20 2013 of the year
Military Reviewin Yandex News
Military Reviewin Google News
64 comments
Information
Dear reader, to leave comments on the publication, you must sign in.