Expert: Putin has created a certain spirit in international politics 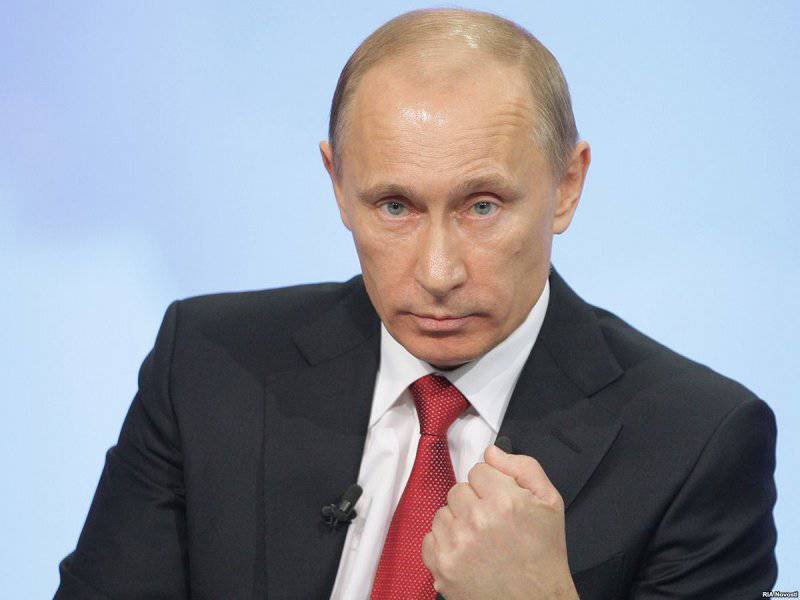 Russian President Vladimir Putin has created a certain spirit in international politics - a sense of responsibility towards humanity. This was announced on Wednesday by a well-known human rights activist and associate professor of the University of Helsinki Johan Beckman at a press conference at ITAR-TASS.


"Putin is the leader of the free world. He is the only president who openly defends the rights of sovereign states and nations. He is the only person who can change the course of global development aimed at destroying sovereign states. We all remember the Syrian situation. And what Russia did Syria, it was a feat. The political elite of Russia practically stopped the Third World War, showing that it is more authoritative than the UN. The international oligarchy doesn’t like it. They understand that Putin is the only person who is to join forces against the globalists, the international financial oligarchy "- Beckman said.

According to the expert, Vladimir Putin has managed to change the spirit of world politics, and because of this he has already appeared, and in time, even more allies may appear around the world. At the same time, Beckman stated that thanks to Putin, Russia's influence in the international arena has increased significantly. The President of the Russian Federation consistently upholds traditional spiritual values, which is very important in modern conditions.

As the human rights activist noted, the destruction of civilization begins when people forget about their values, such as, for example, family. And therefore it is very important that Putin is doing everything to preserve the peace and his morals.

The human rights activist also supported the law on banning gay propaganda in Russia. "Homosexuality propaganda is the norm in Europe, and even in kindergartens they suggest choosing an orientation for a child. It destroys the psyche of a person, a child. In Russia, a very correct law banning gay propaganda has been passed, it saves," said Beckman at a press conference. The expert believes that the promotion of non-traditional sexual relations is weapon financial oligarchs, which is used to destroy humanity.

"Putin is the only person who can unite forces against globalists, the international financial oligarchy. We can say that he is the leader of the free world. He is the only president who openly defends the rights of sovereign states and nations. Today, Russia has the opportunity to create a coalition in defense of sovereign states. And that is why the Western media are actively involved, including the information war, an ideological war against Russia, "the expert concludes.

Ctrl Enter
Noticed oshЫbku Highlight text and press. Ctrl + Enter
We are
"An undeclared war is going on in Finland against Russian children and mothers"On the issue of adaptation of a university student enrolled in the faculty of military training
51 comment
Information
Dear reader, to leave comments on the publication, you must to register.