Everything in the air is the enemy! 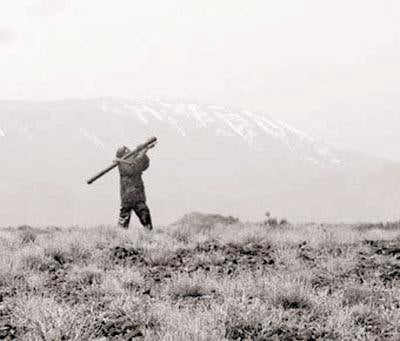 At the beginning of full-scale hostilities in Karabakh in 1992, the balance of power between the parties to the armed conflict was not distributed evenly. In particular, during the division of weapons of parts of the former Armed Forces of the USSR located in these territories, almost all combat aviation went to Azerbaijan. Therefore, during the war, Azerbaijani aviation inflicted heavy damage on poorly equipped self-defense units of Karabakh. Azerbaijani aviation bombed Stepanakert with impunity, where by this time a large number of refugees from other areas of Karabakh had accumulated. Victims among civilians after such raids amounted to dozens of dead and wounded. The embittered attitude of Armenians towards Azerbaijani pilots was understandable. Anger from their own helplessness forced the Armenians to urgently develop their air defense. To do this, soon, somewhere were purchased MANPADS "Strela-2M" and more modern "Igla".

By the spring of 1992, Azerbaijanis had developed an offensive in the Shaumyan and Mardakert regions. In the air at any moment a pair of fighter-bombers could appear. As a rule, they came at a low altitude, and the roar of turbines was not heard. Only after, having thrown off a dangerous cargo and having scabreted, the planes went beyond the horizon, the late roar of their turbines reached.

Feed weapons, ammunition and food from Armenia to besieged Karabakh, flowed through the Lachin corridor. Sometimes the necessary goods were delivered from Yerevan by helicopters, which for the bright orange color were called “oranges”. For security reasons, before the next “orange” headed for Stepanakert, they warned from Yerevan: “Guys, the board flies to you. Take it.

The war went on as usual, and self-defense units had already learned how to shoot down enemy planes. In September alone, two aircraft were already shot down. The rage on the pilots merged with the Armenians with joy from luck.

What do you have to ask, “joy of luck”? In addition to moral satisfaction, at the expense of the captive pilot, it was possible to get around pretty well: as a rule, flight camouflage that was scarce at the time, that was in the pockets of that same camouflage, and ... of course, a weapon.

A particularly desirable gift from the downed pilot was an automatic gun APS.

In the course of “chewing up”, “disassembly” often occurred. Each participant in the destruction of the enemy's aircraft considered it his duty to intercept the palm from a neighbor. It happened like this:

- Uh, Aram! What are you saying?! While you were aiming at him, we shot this plane from a machine gun. Our camouflage!

- Uh, Gagik, you're probably sick. How could you shoot him down from a machine gun when I shot him from my machine gun and I saw exactly how the tracks pierced this plane. So take the pilot's shoes and rejoice. The rest is ours! 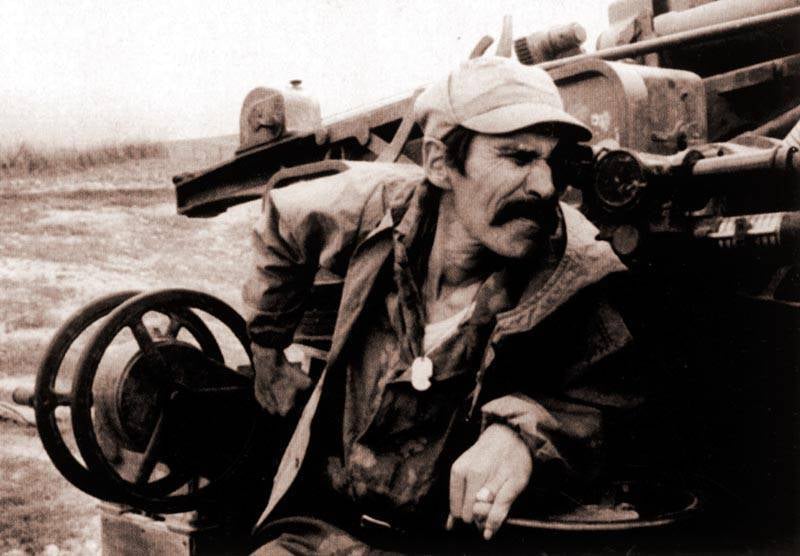 Armenians sometimes like to boast, and I understand them, because he himself is eager for such tales, especially when there is a lull on the front and, therefore, terrible boredom. Maybe this is a bike, and when sharing the property of the downed pilot, there was no altercation in a similar tone, but one day ...

And what about one day? The Armenians themselves in one of the sections of the front told that they had shot down an enemy helicopter. However, they were so carried away by the division of the pilot's junk that the pilots, taking advantage of the pause and, apparently deciding not to disturb the guys from sharing the trophies, slowly crawled off to the side and ... only saw them.

It is understandable. It is easier for pilots to part with expensive American shoes and brand new blued APS than with their heads. I don’t understand one thing: why did pilots need condoms in their pockets, which Armenians shared with the same ecstasy. Probably a red herring, however.

After the aircraft, shot down by Karabakh Armenians, fell to the neighboring mountain and the pilot descended from heaven to the sinful earth by parachute, these same sinners were already waiting for him. The rifle butts rained down like hail on the pilot's body, which had previously been freed from camouflage. It is understandable, the abrasions will grow, and camouflage is a good thing and requires special care. Therefore, every pilot from the downed aircraft was expected with great lust.

In the second half of the year in Armenia, they forked out and acquired the MiG. There was only one truth for now. Big, beautiful and formidable, he instilled confidence in a quick victory and filled his chest with childish joy at the thought: “Well, we will show them!” To begin with, the Armenian pilot decided to show “proud as an eagle bird” in Karabakh. Bombs on hangers, turbines launched. With a short runway, including the afterburner, the plane soared into the sky and headed for warring Karabakh.

As mentioned above, every time an aircraft was sent to Stepanakert, a warning cipher was sent. And then there was some kind of failure. Perhaps the person responsible for the alert, after the plane tore off the landing gear from the take-off, remained standing with its mouth open. However, the fact remains that Stepanakert was not notified.

The Armenian pilot was at the helm, whose chest was also overwhelmed with delight. He apparently decided to share it with the residents of Stepanakert, whom he flew to defend. However, this feeling was not experienced by anti-aircraft gunners who defended the city from the encroachment of airy adversaries.

The plane famously went in a circle, dropping and shedding speed. Homes and even small buildings are already clearly visible ... But for some reason people ran downstairs! The market underneath it instantly became empty. 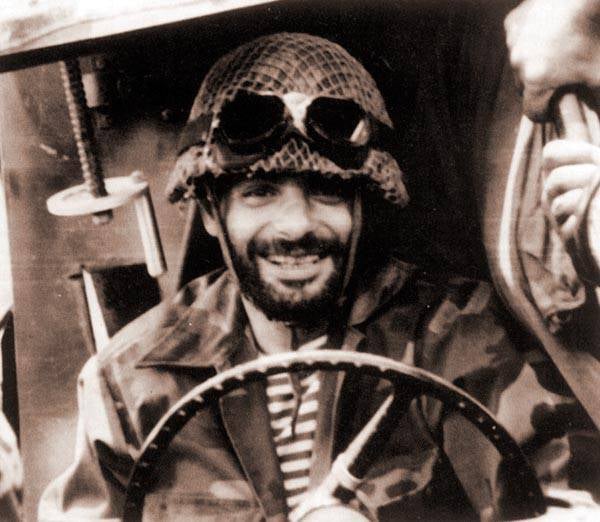 The next moment, the pilot must have remembered poorly. Blow and all that precedes the destruction of the aircraft and the transformation of the "proud bird" into a pile of twisted metal. Catapult worked flawlessly. A moment later, the crash of an open parachute rang over his head. They were waiting for him at the bottom. Surely one of the anti-aircraft gunners was already wondering about the size of camouflage coming down to him from the sky, when this “camouflage” suddenly began furiously cursing in Armenian. Armenian anti-aircraft gunners also know how to swear, but here ... some kind of "camouflage" is trying to insult their national dignity. This is where the pilot made a blunder. They didn’t even take off their flight overalls, which in itself was already a deviation from the usual procedure. The anger overwhelmed the anti-aircraft gunners so much that they did not have time to see the emblem sewn on the pilot's sleeve - the Armenian flag.

- Oh, you bastard! You also swear in Armenian!

What happened next is better to omit. I can only say: the condition of the downed pilot was such that he urgently had to be sent to Yerevan, to the Michaelian clinic.

Having figured out what was happening, that the pilot was his own, the anti-aircraft gunners were guiltily justified on the principle: "You are a fool!"

And after a while in Yerevan, apparently, the person in charge of the notification of the dispatch of aircraft recollected himself:

Ctrl Enter
Noticed oshЫbku Highlight text and press. Ctrl + Enter
We are
Memory in the desertChronicle of the "Afghan war." "Stinger" against helicopters: special forces against "Stinger"
26 comments
Information
Dear reader, to leave comments on the publication, you must to register.