Israel is trying to find a replacement for the United States 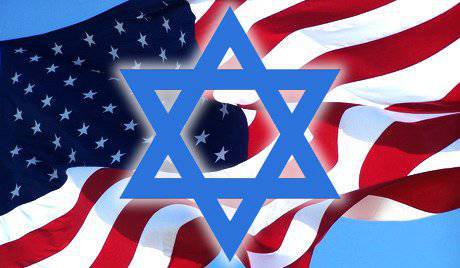 The foreign policy of the United States in the Middle East clearly does not deign to Israel: the political relief of the region has changed so quickly that Washington is forced to abandon its ally to the mercy of fate for the sake of making more profitable alliances with tough enemies of Tel Aviv. Before 2011, the United States had enough space for maneuvers: Israel, Jordan, Egypt, Saudi Arabia, and the Gulf monarchies were their strategic partners in the East. But with the beginning of the so-called "Arab Spring" the contradictions between these countries came to the fore, so that the "motley union of the friends of America" ​​ceased to exist. Now the United States must choose one, and Israel, apparently, has little chance of becoming Obama's favorite.


Horses on the crossing are changing

The United States, at the beginning of the new millennium, tried on the tunic of the “world gendarme” and, as it became apparent, failed the mission itself. It turned out that it is unrealistic to defend the interests of the country at the same time in all parts of the world, despite the rather powerful fleet and the abundance of various puppets and partners. Because of the desire to embrace the immense White House in the 2000s, it was faced with the need to resolve problems on all continents at once. In the Far East, the interests of Washington are threatened by China and North Korea, in Central Asia and Eastern Europe by Russia, in North Africa and in the Middle East Islamists have pressed pro-western secular parties, in South America left-wing movements are becoming increasingly popular. The White House clearly does not want to disperse forces: recently there has been a tendency in the United States foreign policy to concentrate efforts in one direction. At the moment, this area is the Far East: the United States sees China as its main rival, and are preparing to confront it.

But to achieve a strategic advantage in the Pacific, other regions of the planet, including the troubled Middle East, will have to be ignored. And it seems that the United States is not going to put all its eggs in one basket: now, when the confrontation between America’s allies in the Middle East has reached its climax, you need to choose someone who, according to the White House, is the most reliable and promising. So far, only Islamists, subjugating Tunisia and Libya, operating in Algeria, Egypt, Syria and Iraq, friendly to Saudi Arabia, Qatar and Bahrain, seem to be such a force.

Israel — a tiny strip of land along the Mediterranean coast — fades amid a horde of dimly barbarians seeking power weapons establish itself in the Holy Land. The alliance with the radical Islamist movements of the United States was concluded in the years of the Soviet troops in Afghanistan, and it seems that since then they have not abandoned their plans to establish hegemony in the Middle East, relying on Sunni fundamentalists.

But in order to achieve this goal, Israel can be betrayed: in the end, its support by the United States was largely due to the need to restrain the influence of the Soviet Union. The project of Arab nationalism, developed in the West during the First World War, came into our hands: we used it profitably for our own approval in the region. Now that the collapse of the ideas of Arab nationalism has occurred, and the United States has achieved its main goal — the destruction of the USSR — Israel has ceased to play the role of an outpost of the Euro-Atlantic bloc in the Middle East. The country needs to look for a new place in the international arena, and Israeli Foreign Minister Avigdor Lieberman understands this very well, and with it the entire cabinet of ministers is aware of this problem. It’s another thing that thinking came too late: before the 2006 war of the year, Israel lived in the old categories of good and evil, now it’s time to change the picture of the world. And there is little time left for that.

The United States is ready to abandon Israel, and have already taken the first steps for this. In order to prevent the expansion of Shiite Iran, Washington is banking on Sunnis. Sunni fundamentalists are the main weapons of the United States in the struggle against Syria, Iran, Russia, China and, in the long run, against the embittered Turkey and Pakistan. Of course, Israel sees Iran as its enemy, but it cannot be bothered by America’s increasingly obvious friendship with Islamic fundamentalists.

For the United States, Israel has become just an expensive pleasure: it does not make sense to contain it, and there is no desire to quarrel over it with the countries of the Islamic world. Here Tel Aviv is made available to itself. Survive - well, but will not be able - so nothing terrible about it.

The problem of national security for Israel has always been one of the most important. Regardless of political orientation, every statesman of the country understands that without a strong army and fleetIsrael's reliable security services can be capsized at sea at any time.

Foreign policy support for Tel Aviv is just as important as strengthening the state from the inside. Israel needs an ally outside the Middle East who would help the country in a critical situation, become the protector of Tel Aviv and its guarantor when concluding international treaties. During the Cold War, such functions were performed by the United States, which needed the support of Israel. Now, as mentioned above, the United States no longer needs the services of Tel Aviv, but the latter still needs someone’s support.

The last meeting of Russian President Vladimir Putin and Israeli Prime Minister Benjamin Netanyahu says a lot. In particular, Israeli politicians are beginning to understand that they were frankly "thrown", giving to their neighbors to be torn to pieces. Looking for help in Europe does not make sense: European countries, like the United States, are inclined to believe that the future of the Middle East is in the hands of Muslims. In any case, the support of fundamentalists for Paris, London and Brussels is more beneficial than an alliance with the secular rulers of the East.

In turn, China for Israel is a dubious patron, since the Celestial Empire has so far been little interested in the political life of the Middle East. In view of the limited geo-strategic opportunities, Beijing relies on the penetration of Chinese capital into the economies of the countries of the region. It’s not yet planned to be anyone's patron of the PRC. Albania under Khoja Enver, the former main ally of China in Europe, does not count: in 60 in the event of a conflict, China could hardly send its fleet to the Mediterranean Sea, and even now the Celestial is unprofitable to show its teeth to the whole world. Israel, in turn, as well as Albania, would have had to become one of the most important suppliers of weapons and manpower to all countries of the world, from Brazil to Indonesia. Getting involved in foreign wars for the sake of protecting the interests of others is not the best option for Tel Aviv.

As for India, this country has not yet achieved such power to have interests in the Mediterranean. Turkey, Iran, Egypt, Saudi Arabia, the Gulf monarchies are not suitable for patrons of Israel: they are equal in their geopolitical significance. You can make deals with them, but not one of these countries will be able to become the patron of Tel Aviv.

Compared to Europe and China, Russia is presented to Israel as a completely reliable partner interested in stabilizing the Middle East region. And stability for Israel is desirable: of course, taking advantage of the opportunity, in the conditions of the “Arab Spring” it is convenient to beat neighbors in sore spots, but at any moment the entire carefully constructed foreign policy security system may collapse.

What are the interests of Israel and Russia coincide? First of all, in the fight against terrorism. In recent years, Israel has been confronted not only with the terror of nationalist Arab groups, but also with what is now called international Islamic fundamentalism. Syria and Egypt have already become hotbeds of Islamism: to think only once peaceful Bedouins from the Sinai Peninsula today pose a greater threat to Israel than the armed forces of Egypt. However, it is still not clear on which side Egypt and Syria will come out in case of victory of the Sunni fundamentalists: religious radicals have repeatedly said that after the overthrow of secular regimes they will direct weapons against Israel. A dangerous situation is developing in Lebanon, Jordan is still being held - mainly due to the tacit agreement of the ruling dynasty with terrorists.

Thus, Israel and Russia have a common enemy - supporters of Islamic fundamentalism, who are slowly converting the Arab-Israeli conflict from the secular plane to the religious plane, insisting that the Mediterranean coast is now not just the land of the Arabs, but the territory of Islam. Israel, willy-nilly, turns out to be on one side of the barricades with all the enemies of Islamic fundamentalism - not only regional, but global. And the United States, as the main source of funding for many terrorist groups, refuses to be responsible for "those who have been tamed."

If Israel needs a foreign patron, then Russia, in turn, needs a permanent naval base located in close proximity to the Red Sea and the Indian Ocean. Such a base will not only bring the fight against Somali pirates to a qualitatively new level, but also provide an opportunity to regain the influence lost after 1991, on the Black Continent. In particular, the negotiations of Russia and Greece regarding the provision of naval bases to the Russian fleet are interesting.

There are no significant differences between Russia and Israel on foreign policy issues, with the exception of the Iranian problem. Now that the concept of secular Arab nationalism has failed, many conflicts are turning into sectarian wars. Does Russia have allies in the Sunni world? No, our only partner in the Middle East is Iran - a Shiite country. So Israel could easily become the chief gendarme in the Sunni part of the region, provided that a compromise was reached on the Iranian issue. However, it is unlikely that this will happen in the near future: it takes months or even years to find a peaceful solution. Perhaps the beginning of a dialogue at the ministerial level between Russia and Israel is the first step towards resolving the Iranian-Israeli conflict, and with it the transformation of Israel into a neutral and even friendly country.

Ctrl Enter
Noticed a mistake Highlight text and press. Ctrl + Enter
We are
"Trouble" of the Promised Land. African immigration to IsraelSaudi Arabia is preparing for a big war
124 comments
Information
Dear reader, to leave comments on the publication, you must to register.