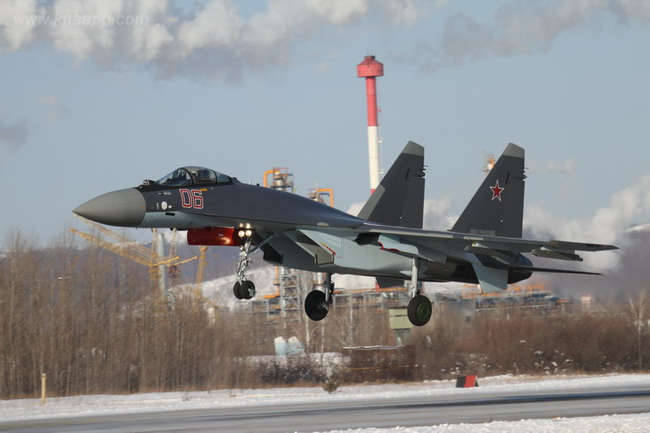 The first group of pilots of one of the units of the Air Force began to master the newest multi-purpose super-maneuverable fighter Su-35С. This was announced today by the representative of the Ministry of Defense of the Russian Federation for the Air Force, Colonel Igor Klimov.

"The first group of pilots of the Russian Air Force launched the newest Su-35С fighter at the central officer courses of the State Center for Training of Aviation Personnel and Military Tests of the RF Ministry of Defense. These are the most trained pilots who have previously mastered several types of fighters, each of which has more than a thousand hours flying time", - told Klimov.

According to him, during the retraining, officers study the aerodynamics and design of the aircraft and engine, its operation, aviation and electronic equipment, aircraft armament and sighting and navigation system. Particular attention is paid to the study of new equipment, in particular, the KSU-35 integrated control system, a power plant consisting of two new engines with increased thrust and nozzles with a controlled thrust vector, as well as a radar control system with a phased antenna array, ITAR-TASS reports.

Su-35C - deeply modernized super-maneuverable multi-functional fighter of the 4 ++ generation. Fifth generation technologies ensure its superiority over fighters of a similar class. The aircraft significantly surpasses its counterparts in service with their technical characteristics and has a more sophisticated on-board equipment complex. Thus, the characteristics of the Su-35С exceed the characteristics of all the tactical European fighters of the 4 and 4 + type “Rafale” and “Typhoon”, modernized American fighters like F-15, F-16 and F-18 and will successfully counteract fifth-generation fighters, for example , F-35 and F-22A.