Tsar Vladimir does not give rest to America

December 5 2013
193
Recently, Bernard L. Weinstein published in "The Hill" an article entitled “How to dethrone King Vladimir” (“How to overthrow Tsar Vladimir”). The expert proposed different options for throwing Putin from the throne, starting with the boycott of vodka and ending with exporting liquefied natural gas produced in shale to Europe. On this article noticed French comrade Alexander Latsa, who has been living in Russia since 2008 and is leading the blog alexandrelatsa.ru. 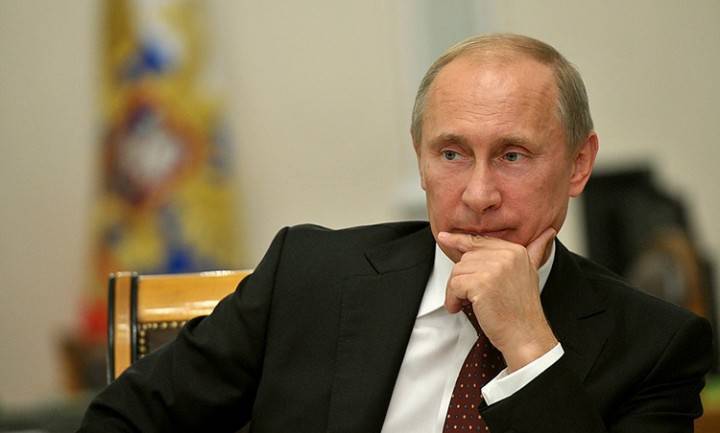 At the very beginning of his article, Bernard L. Weinstein notes with displeasure that Putin is enjoying the weakening of the US position, especially in Syria and in other regions of the Middle East. Can Obama do what to throw off Tsar Vladimir from the throne? Can you organize a boycott of Russian products like Stolichnaya? But this vodka is bottled somewhere in Latvia (the pro-Western republic, by the way). As for Russian caviar, its sales have already been declining in the USA for many years, the author notes.

No, there is another way: America can drive Putin out of his familiar place by exporting oil and gas.

In the 2011 year, the author claims, the United States overtook Russia and became the number one producer of natural gas on the planet. Thanks to shale boom, Weinstein is sure, America should also become the largest oil-producing country.

The author explains to the government how to do everything.

In parallel with the export, shale extraction technologies should be transferred to China, Poland and other countries with significant shale resources: this will reduce their dependence on Russian gas.

At the same time, all this will give impetus to the development of the energy sector of America.

True, there is a discrepancy. And then the author goes to Obama.

The fact is that the current President of the United States naturally fights with fossil fuels. However, in order to overthrow Putin, the president will have to speed up the issuance of permits for export terminals of natural gas, lift the ban on oil exports, retreat from the call for higher taxes on the oil and gas industry sectors.

Alexander Latsa considers the idea of ​​overthrowing Putin absurd. However, notes that the energy war with Russia is already underway.

In principle, Comrade Lutz did not say anything new, but his arguments must be repeated if only because repetition is the mother of learning.

The analyst considers the war of gas pipelines in Europe to be the first stage of the energy confrontation. Its goal is to deprive Russia of the status of a major European supplier. During the energy crisis of 2006, Ukraine blocked transit through its territory and caused damage to Russian supplies to Western Europe, reminds Latsa. However, the result of this strategy is known. Bypass "streams" appeared: "Northern" and "Southern". They nullified the influence of transit countries.

The second stage is the war in Syria. There, actions are being conducted against the construction of energy facilities under the Iran-Iraqi-Syrian control (Shiite project), which will allow Iran to sell raw materials in Europe. The Pentagon also approved a competing Sunni project designed to deliver Qatari gas to Europe through Saudi Arabia, Syria and Turkey.

The problem with the aggressors is that Qatar and Saudi Arabia did not defeat Assad. The Iranian map was also not a bit. Turkey recently made it clear that it could reconsider its geostrategic priorities.

Obviously, the separation of Saudi Arabia from the United States must be added to the analytics of Latsa, despite Washington’s assurances of a permanent partnership. Obama abandoned the idea to shower Syria with Tomahawks, and Saudi Arabia was not on her way. But it was on the way with Israel, which, in turn, didn’t like Obama’s peaceful attitude towards Iran.

It should be noted that Kiev did not sign an association agreement with Brussels, which made the international community recognize the influence of Russia and begin to inspire the protesters on Maidan, pushing them towards a new “orange revolution”.

As for shale euphoria, it will soon come to an end. This was announced to the world community in OPEC, Oleg Obukhov reports ("Voice of Russia").

Maximum 5 years - and the American shale revolution will order to live long. OPEC research has shown that in many shale oil fields in the United States, production volumes are declining. In some areas there has been a sharp decline - more than half.

And indeed, by 2018, only illusions will remain of the effect, notes the director of the analytical department of Alpari, Alexander Razuvaev:

“Well operation, in contrast to traditional drilling, continues for a rather short period of time. That is, they will have a maximum production, and then a landslide drop in volume. In the short term, they wanted to greatly reduce their dependence on supplies from the Middle East, they will succeed. They tried their technology. It turned out that they are not so profitable. ”

In addition, American environmentalists are sounding the alarm: drilling rocks will lead to contamination of underground sources of drinking water. Plus, the threat of earthquakes in seismically active regions of the United States is increasing.

To this must be added one more thing.

At the congress “New Industry” in Warsaw, a specialist in the field of mining, professor Stanislav Rykhlitsky intelligibly explained: Only to obtain an estimate of shale gas reserves, the Republic of Poland will need an amount over 4 billion dollars.

At the same time, the “shale revolution” in Poland has been going on for more than two years. In 2011, Warsaw was inspired by simple predictions. Volumes of shale gas reserves, according to the assumption of American experts, were counted five trillion cubic meters and were considered the largest in Europe. But according to the latest estimates of the Polish experts, the number turned out to be much smaller: a total of 768 billion.

You can, of course, assume that the White House began to partially implement the advice of the wise Weinstein. An agreement in Geneva with Tehran six months later can be replaced by the complete lifting of sanctions - and then the Iranian oil flows that will flood the world market will lower the market prices for "black gold", which will inevitably hit Russia's raw material interests. On the other hand, Iran is the first competitor of Saudi Arabia, and Saudi Arabia is a longtime ally of the United States and the oldest participant in the petrodollar deal. As for Iran, he agrees to sell oil at least for the Turkish lira, at least for the yuan, at least by barter. However, in modern realities, he will have to mostly sell oil for dollars: it is in dollars that oil is traded on exchanges.

In his article, Weinstein forgot to say (or rather regret) one thing - that Western advisers in the XXI century no longer have the strength that they had at the end of the XX century. At that time (and even more so in the last years of Gorbachev’s rule) many Russians thought that the United States was the kings and gods of this world, and they would play the role of Prometheus, bring fire to the wild Russian people. For some reason, the Russian people quickly forgot what kind of fire the White House was used to carrying: napalm, Agent Orange, and cluster bombs. Later, depleted uranium was used in Iraq.

But shale "recipe" will not help Washington.

After all, according to the latest polling center “Pugh”, 52% of Americans believe that the US needs to “deal with its own affairs and let other countries solve their problems on their own.” And 70% of respondents said that the United States does not enjoy such respect in the world as in the old days.

So Mr. Weinstein must regret that the United States has so far pursued such an aggressive policy in the world and that, as a result, its own people began to speak out against the American state.

When the USSR was on the planet, there was a lot of talk about friendship between nations and fraternity in the world. When the Soviet Union was gone, and Washington and its European allies fueled the world for a while, the international community was accustomed to the notion of "partners." The word “friendship” from the international diplomatic lexicon has disappeared almost everywhere. And today, like Weinstein, it does not even occur to us that Russia is not at all an enemy of Europe or America. She threatens no one. She just sells gas, and she sells it because she has it. Obama for a couple with McFaul could not offer Moscow anything except the “Peregruzka” button. Russia of the 21st century will enter history as a country that prevented the Tomahawk massacre in Syria. Learn, Mr. Weinstein, study, Mr. Obama.

Observed and translated by Oleg Chuvakin
- especially for topwar.ru
Ctrl Enter
Noticed oshЫbku Highlight text and press. Ctrl + Enter
We are
Results of the week. “I will ask the fact of the sale of the Motherland to be recorded in the protocol”The fight against terrorism. An inside look (blog of Ingushetia special forces)
193 comments
Information
Dear reader, to leave comments on the publication, you must to register.