December 4 2013
5
Submarines "Tambor" were the next logical step in the development of American submarines. 12 boats of this type had a larger impact force, although it retained some of the design features of its predecessors - submarines «Salmon». Submarines had a fairly large range, which allowed them to reach the shores of Japan, and their weapons were strong enough to inflict significant damage on the enemy at such a distance. TDC-equipped submarines of the Tambor type successfully interacted with surface forces. 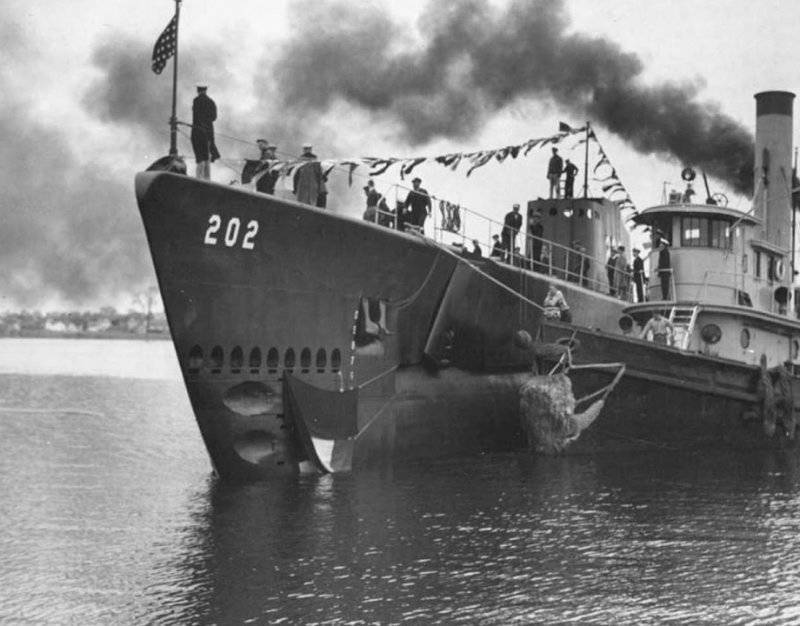 Tambor-type submarines were developed on the basis of the Salmon / Sargo submarines. The rest of the design of the new submarines were close to the prototype, but had a more durable hull and increased armament - 10 torpedo tubes instead of eight submarines "Salmon" and "Sargo". The new two-hull boat could sink to a depth of 90 meters (the design depth of the destruction of the hull was 150 meters). Diesel engines with direct transmission to propeller shafts served as a power plant. 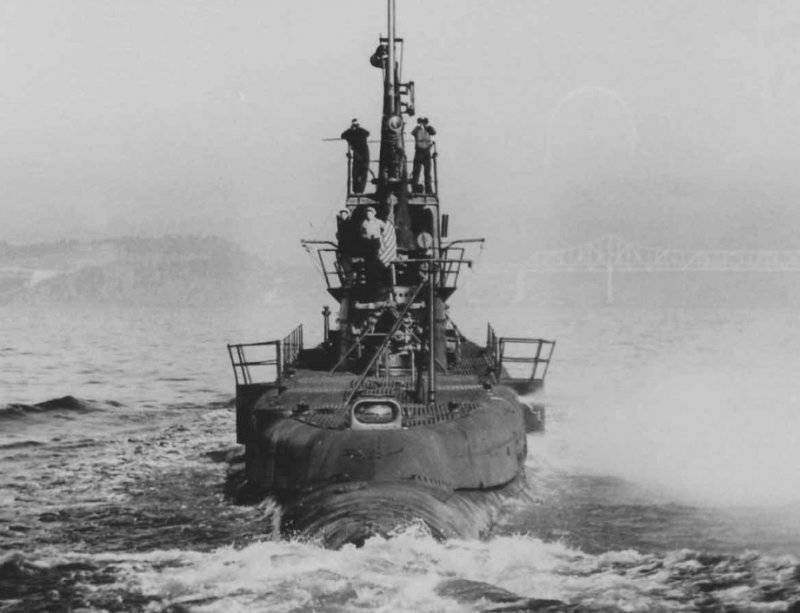 During the war in 1942-1943, submarines of this type underwent modernization - the cabin was replaced with a lower one, which had sponsors to accommodate 40-millimeter bofors and 20-millimeter ров airlikons.

However, there was one "but" ... Adopting the submarines "Tambor", the leadership of the submarine forces was forced to agree to the production of two clearly unsuccessful and do not fit into the strategic concept of using small submarines M. On this concession in December 1941 much regretted as a submarine with a large radius of action was not enough. 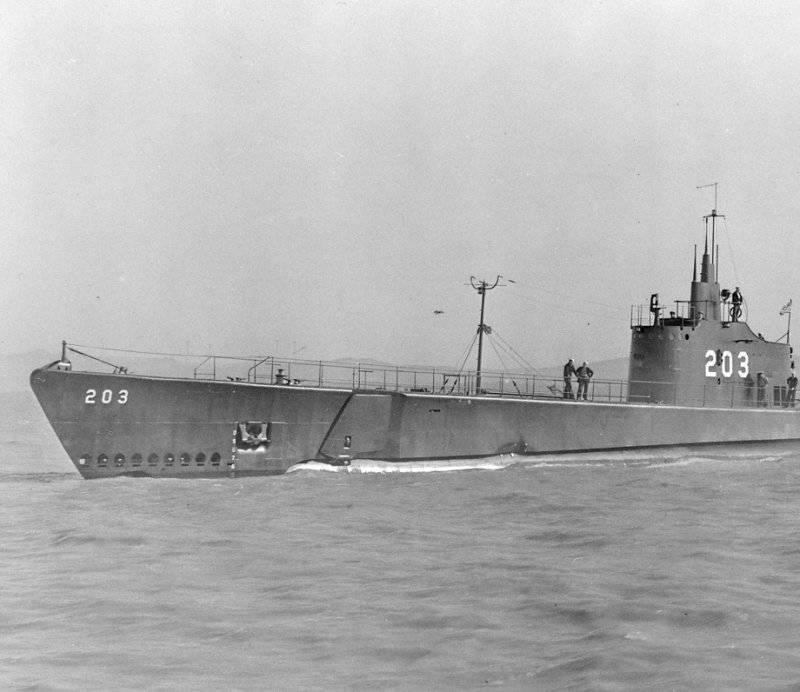 Submarines "Tambor" - the last American submarines, adopted by the United States before the entry into the war. With the outbreak of hostilities, these submarines were the main striking force, until they were replaced at the end of 1942 by Gato submarines. Despite this, the Tambor boats remained in the first line until the end of 1944, only after that they were transferred to secondary destinations and training centers. Of the 12 built Tambor boats, the 7 died. Boat SS-199 "Toutog" became the leader in the number of sunk ships and ships of the enemy. 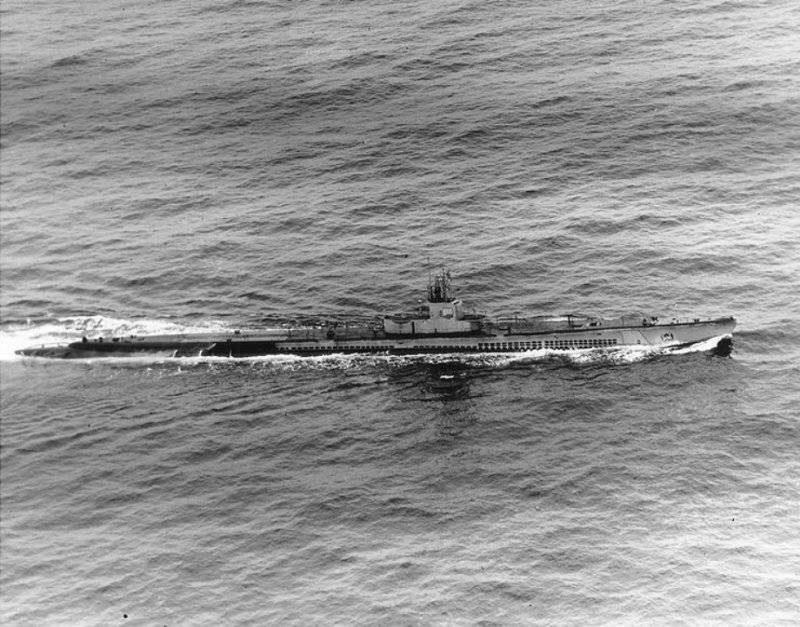 USS Grampus (SS-207). Laid 23.12.1940 of the year. Before the US entered the World War II, the boat was based on New London. During 1942 — 1943, the submarine USS Grampus carried out five combat campaigns, of which the first, fourth, and fifth were considered successful. This submarine sank six Japanese ships with a total tonnage of 45,4 thousand tons. Awarded three battle stars. SS-207 in February 1943 of the year went to the Solomon Islands on the sixth expedition and went missing. 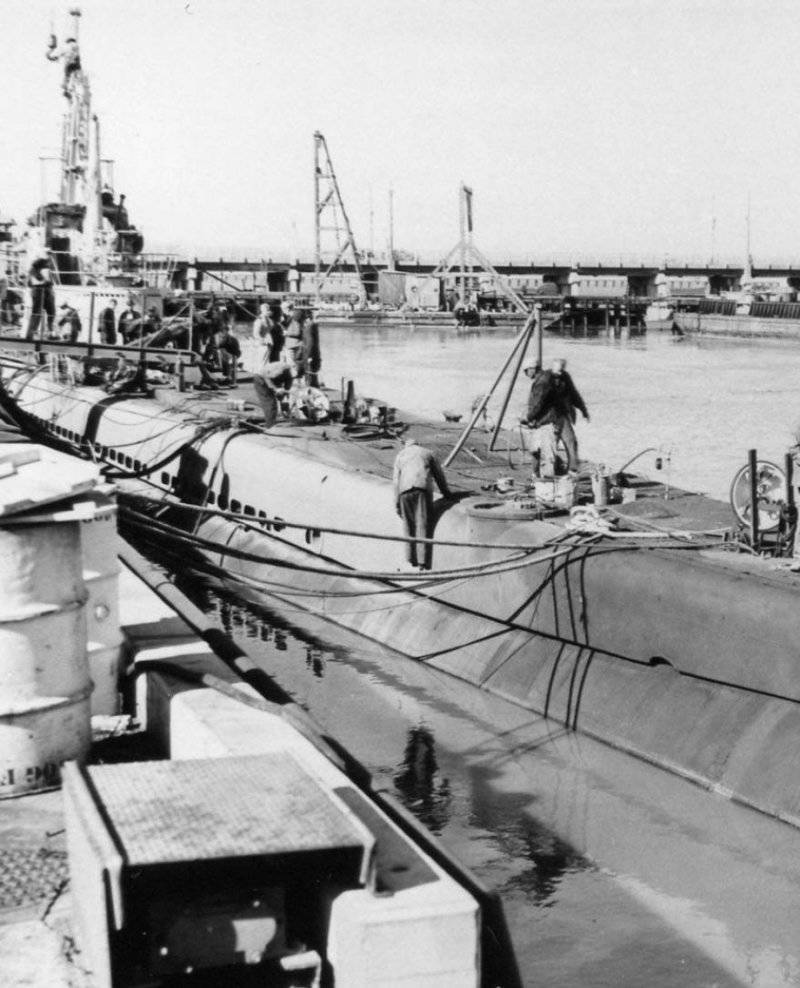 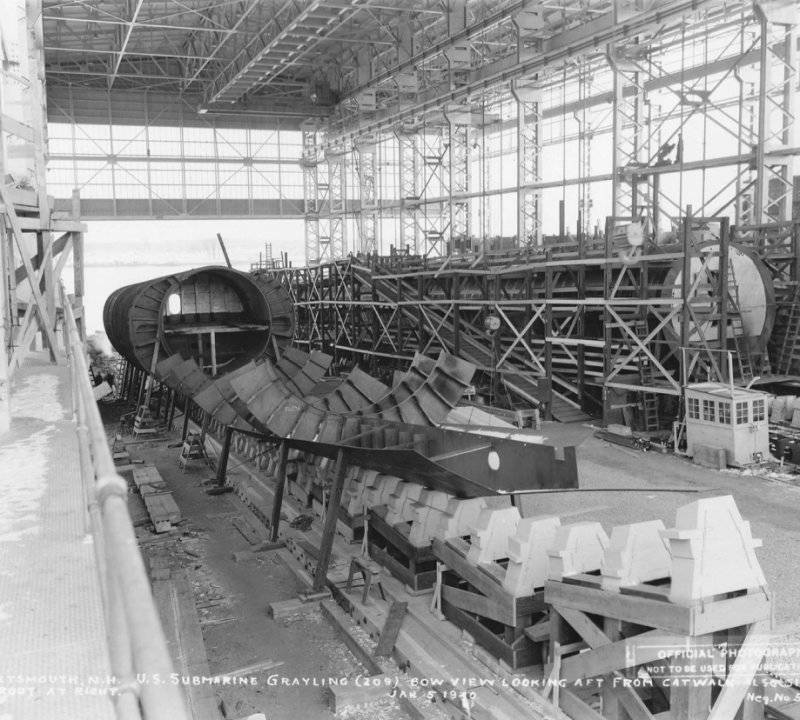 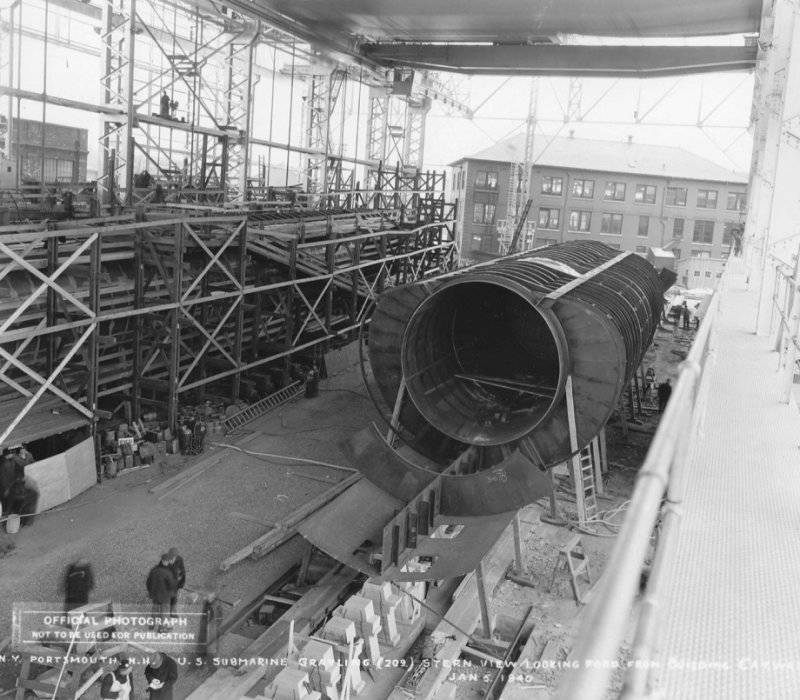 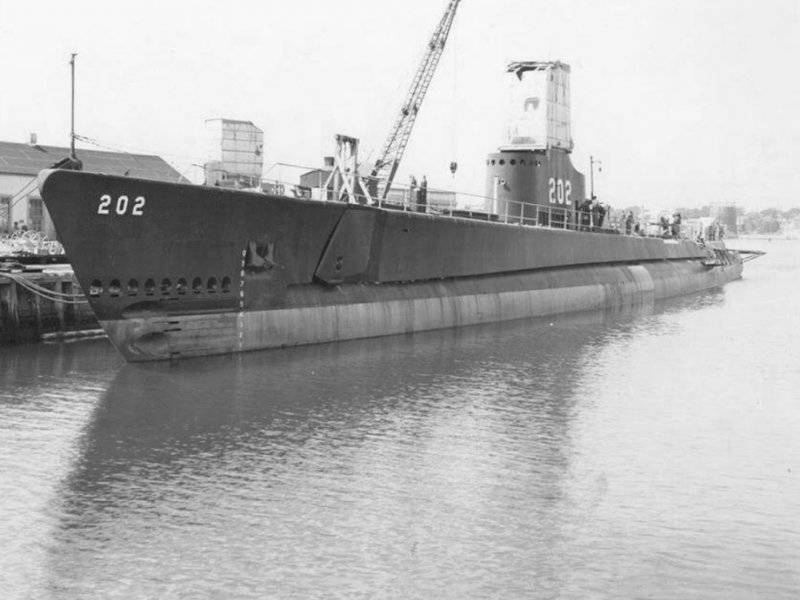 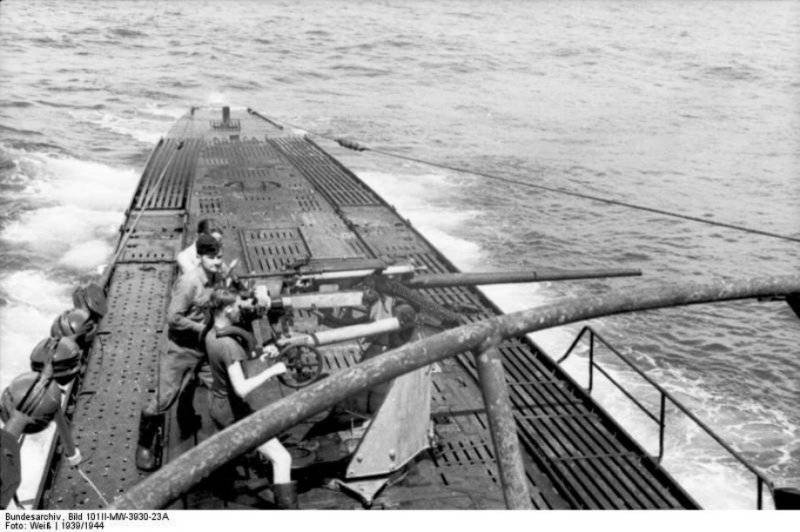 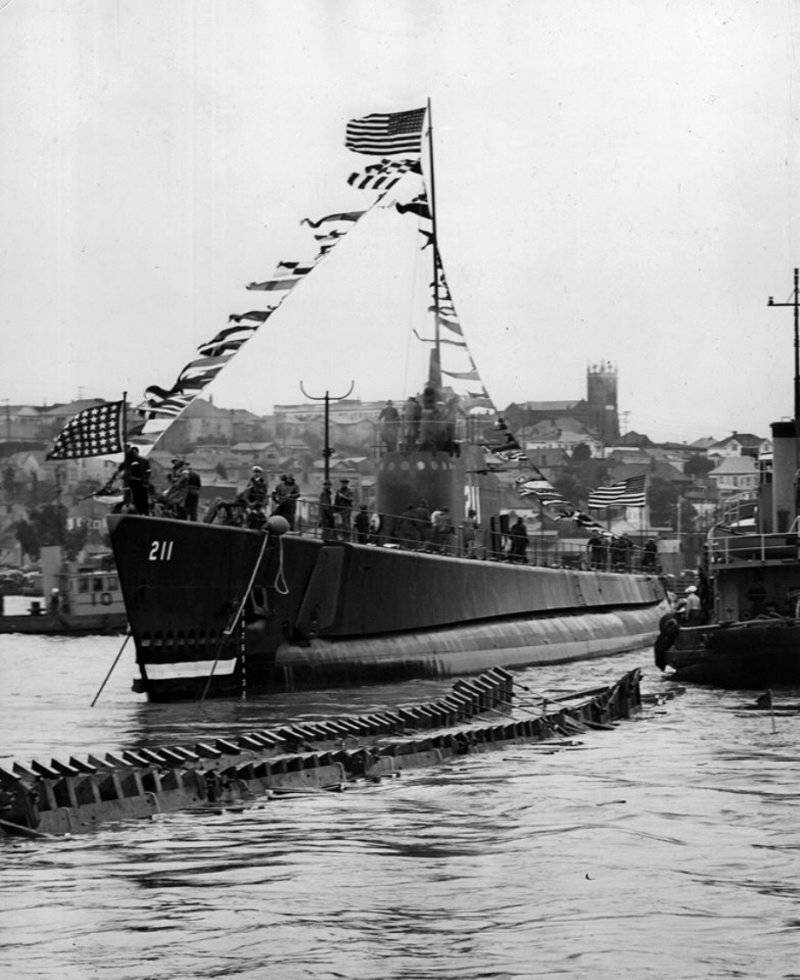 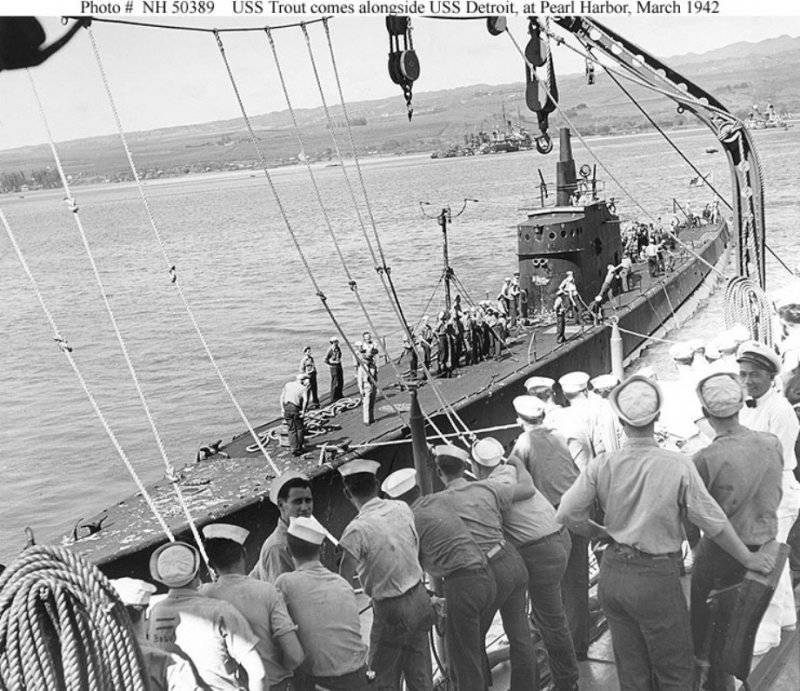 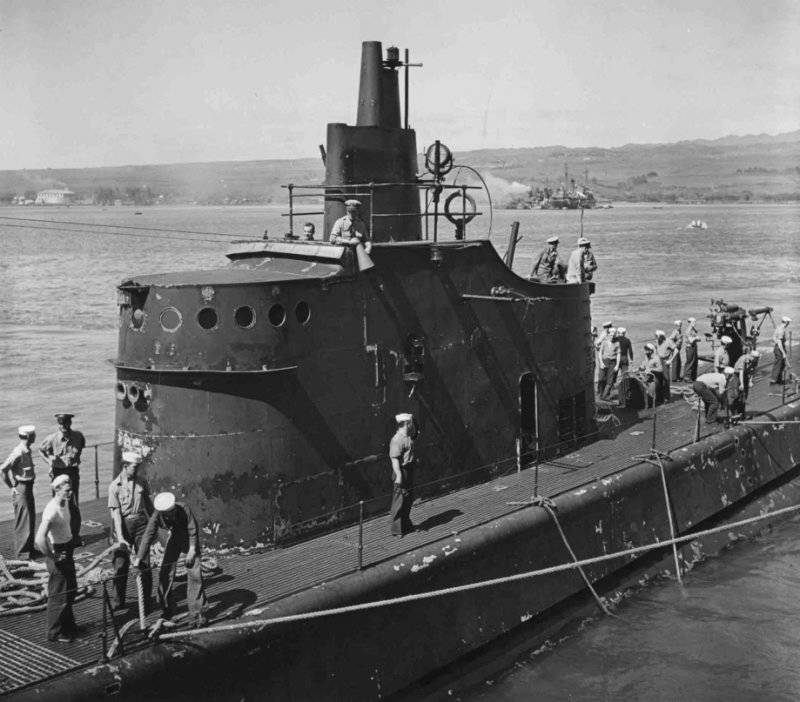 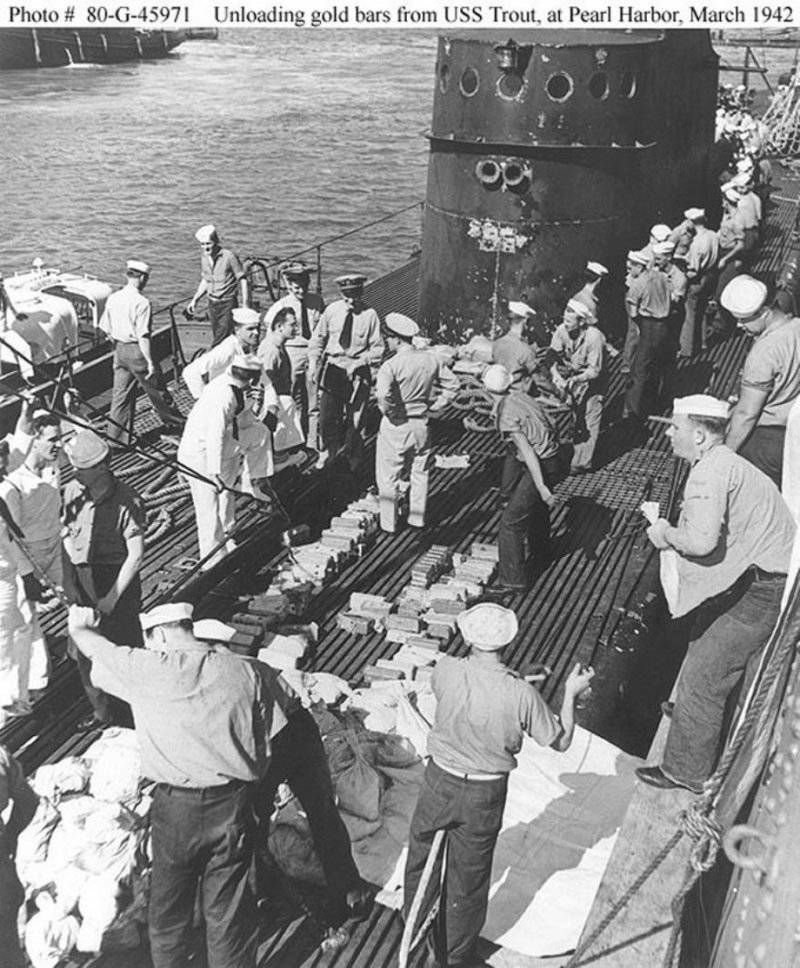 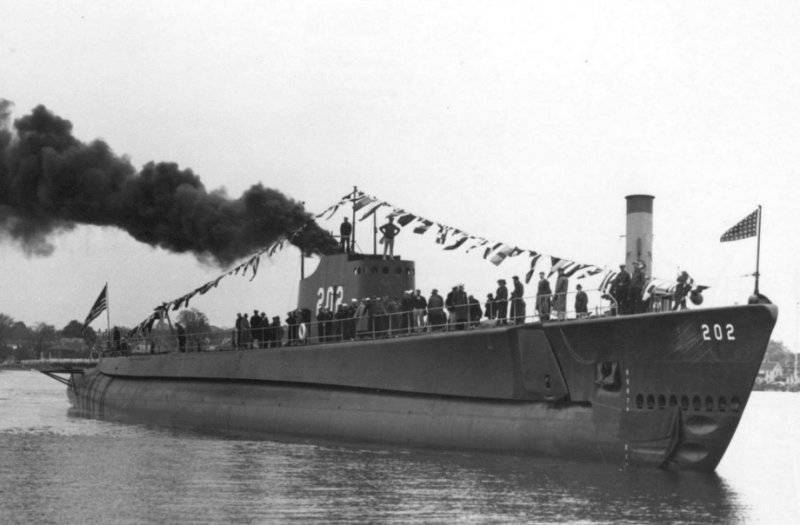 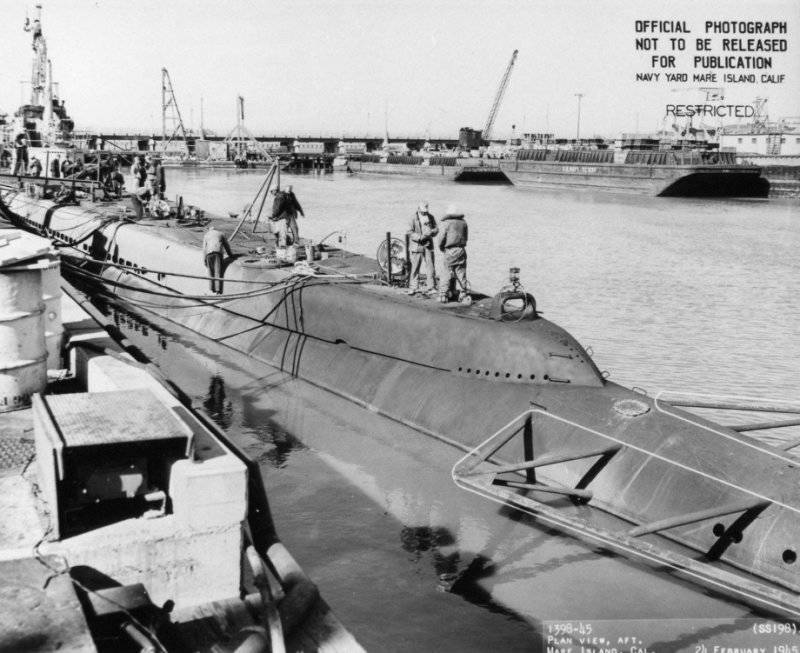 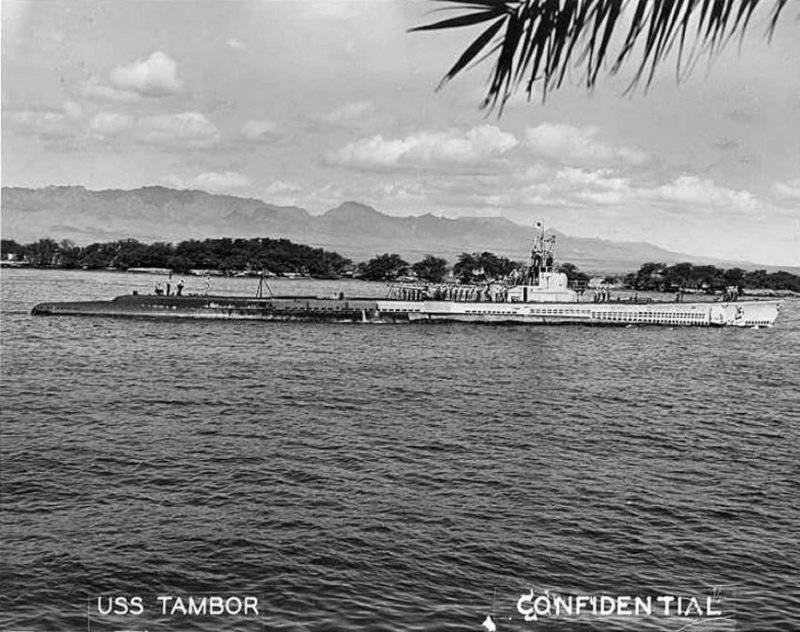