Two years to the troops of the East Kazakhstan region

December 4 2013
20
1 December 2011, the first shift of the new branch of the military, took up combat duty. The composition of the aerospace defense forces (WKO) included the space troops and the operational-strategic command of the aerospace defense, which was responsible for the country's anti-aircraft and missile defense. The creation of the East Kazakhstan armies made it possible to assemble into a single structure all the units involved in protecting the state from an attack from the air or from space. After two years, the first conclusions can be made: such a combination of several structures into a single system really had a positive effect on their potential and capabilities of the armed forces. 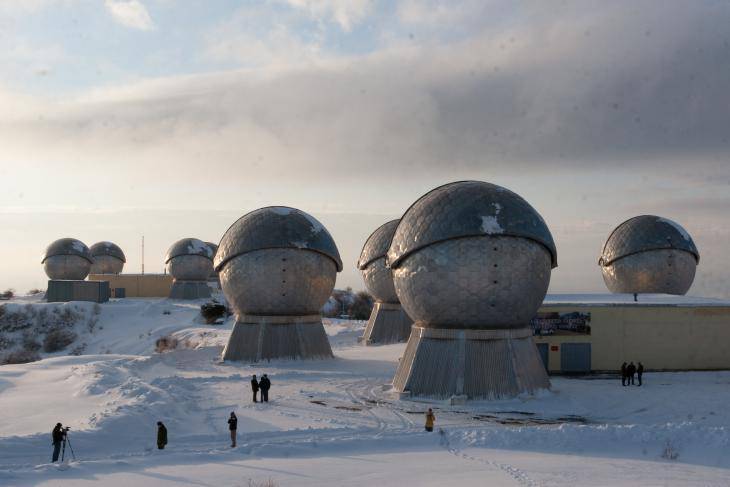 Over the past two years, the troops of the Armed Forces of the East Kazakhstan Oblast, at the same time as they were on duty, had to establish a unified communications and control system, uniting all command posts. So far, not all planned measures have been taken to improve the work of the information and control structure of the troops, which is why its development remains one of the main tasks. Other main tasks of the Airborne Defense Forces are related to the upgrading of the air defense and anti-space defense systems. During the two years of its existence, the Armed Forces of the East Kazakhstan region took part in several exercises, during which they vividly demonstrated their skills and capabilities.

The construction of new radar systems for a missile attack warning system is continuing. New radars of high factory readiness of the Voronezh family, having high characteristics, can be mounted relatively quickly in the right place, which accordingly affects the deployment of the station network. The expansion of the radar system is carried out not only with the help of Voronezh systems. Advanced based radars are being developed for installation on automotive, railway or marine carriers.

In 2013, the construction of four stations of the Voronezh family began at once. Within a few months, facilities were laid in the cities of Yeniseisk (Krasnoyarsk Territory), Barnaul (Altai Territory), Orsk (Orenburg Region) and Vorkuta (Komi Republic). According to current plans, all of these radars should take up duty until 2017. The high rate of construction of new radar stations due to their architecture. Most of the assembly work of new stations of high plant readiness is made by an enterprise that manufactures certain elements. Finished units are delivered to the construction site and mounted there in a relatively short time.

The purpose of the construction of the Voronezh radar is to transfer all components of the missile attack warning system to Russian territory. Thus, the station in Armavir, which was put on combat duty this year, has completely replaced the Gabala radar station, and the new facilities will allow it to abandon other radar stations located in neighboring states.

Not so long ago, Armed Forces troops began deploying a network of radars designed to monitor the Arctic. Over the next few years, old or new bases will be recreated in the Polar Region, some of which will be received by servicemen of the East Kazakhstani Army. To date, the northern borders of the country are almost not covered from air attacks. Therefore, it is necessary to take appropriate measures as quickly as possible and close the security gap.

In recent years, the Armed Forces armies received two regimental sets of anti-aircraft missile systems C-400. Both regiments are based in the Moscow region. As commander of the Armed Forces of the East Kazakhstan region, Major General A. Golovko told in an interview for RIA News, before the end of 2013, the Almaz-Antey concern will transmit another regiment of such air defense missile systems. New C-400 will also serve in the Moscow region. Next year, the aerospace defense forces should receive the fourth regimental set of C-400.

For the current December, the transfer of the Pantsir-C18 anti-aircraft missile and artillery systems and the Nebo-M, Podlet and Sopka radar systems to the troops near 1 is planned. Thus, in the very near future, a number of units of the East-Kazakhstan armies will be able to significantly increase their capabilities.

The development of a promising C-500 anti-aircraft missile system continues. According to reports, the Almaz-Antey Air Defense Concern is currently engaged in testing individual components of this complex. The development of the project should end soon, after which prototypes will be built and tests will begin. All work on the C-500 project is proceeding on schedule, but, nevertheless, the delivery of the first production complexes to the troops will take place only in 2017. Until 2020, the Ministry of Defense intends to purchase only five C-500 complexes, which for some time will be used together with the existing C-300 and C-400 anti-aircraft systems.

EKR troops took an active part in the latest exercises and sudden checks of combat readiness. In the future, military personnel of this branch will continue to participate in various training activities. The next 2014 year is scheduled 86 tactical exercises. During the 6 of them, rocket men will conduct missile launch launches.

Two years have passed since the start of the duty of the aerospace defense forces. During this time, almost all the necessary information and control structures were created and the air defense, anti-missile defense and space group control systems were combined. As the last doctrines show, such measures were justified and the EKR troops cope with the tasks assigned to them.

Ctrl Enter
Noticed oshЫbku Highlight text and press. Ctrl + Enter
We are
The anti-aircraft defense rocket brigade of the Central Military District took over combat duty in the Kemerovo RegionGaps and windows in the anti-missile umbrella of the country. Aerospace defense troops at the present stage
20 comments
Information
Dear reader, to leave comments on the publication, you must to register.