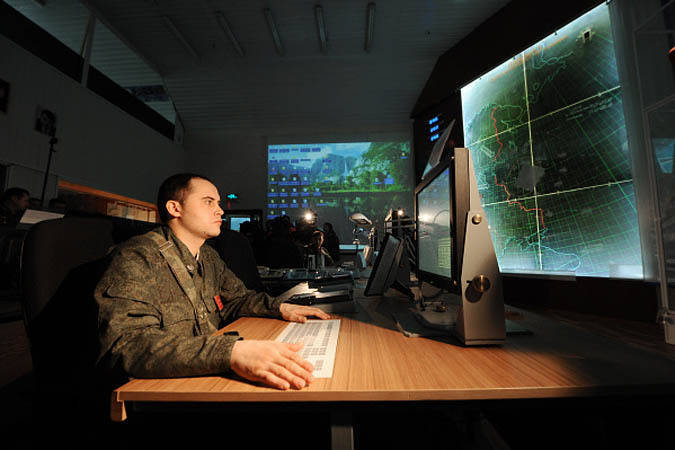 The aerospace defense (ASD) forces are increasing the radar control zone. This was recently reported by the Commander of the East Kazakhstan region, Major General Alexander Golovko:

Of particular note is the construction of radar systems in the Arctic. In addition to the object mentioned by Alexander Golovko in the vicinity of Vorkuta, new radar stations will appear at other newly created polar military bases. These are the objects on the island of the Boiler Archipelago of Anjou, where, after a twenty-year hiatus, Temp has again started operating. In September, restoration work began on the island, and a month ago he had already received the first aircraft. Over the next year, the runway will be increased to receive heavy military transport aircraft. Also, until the end of 2014, other military installations will be recreated on the island, including radar stations and electronic reconnaissance equipment. Next year it is planned to start work on the creation of similar military bases in the area of ​​Franz Joseph Land and Novaya Zemlya. In the future, new military and aerospace defense facilities will appear in Naryan-Mar, Nadym, Dudinka, Tiksi, Pevek, Provideniya Bay and Anadyr.

Such a high rate of work is explained by the urgency of the task of restoring the presence of armed forces in the Arctic in general and of aerospace defense facilities in particular. At present, the most uncovered sector of the airspace of Russia is the Arctic direction. At the same time, it is also the most dangerous.

It is known that the United States continues to actively develop strategic offensive weapons of air and space-based. Moreover, both nuclear and non-nuclear equipment. According to the Pentagon, they will be more effective and less vulnerable than traditional nuclear weapons. weapon and means of delivery. Ballistic missile launches are monitored by missile attack warning systems (MNS), which makes a retaliatory nuclear strike inevitable and inevitable. While the use of strategic offensive weapons, placed in space and on air carriers, will be more unexpected. US military experts believe that this will allow the first disarming strike to be delivered with impunity, which will ensure the US global military superiority.

Armament, placed in space, can be applied on any point of the earth's surface. Space defense systems, which are being created in various parts of Russia, should oppose such weapons. And air-based systems will be applied in a specific geographical area. And the most convenient, and, therefore, the most dangerous for us, is the Arctic direction.

What systems are we talking about?

Now Americans have a significant fleet of aircraft B-52, B-1 and B-2. In the future, they will be replaced by the new strategic bomber created under the LRS-B program. He will be armed with advanced missile systems such as the Long Range Standoff (LRSO) and High Speed ​​Strike Weapon (HSSW). The US Air Force hopes to get the 80-100 of these aircraft in a manned version and about the same in unmanned. In addition to air carriers, the Arctic direction can also be used for naval carriers of strategic offensive arms. The Arctic Ocean is available for US submarines carrying long-range cruise missiles.

In the future, anti-aircraft missile systems should appear in the north, such as the C-500 currently being created. Of course, now there are certain difficulties with the air defense systems of the new generation. This year, the C-500 system was not commissioned as planned. And according to the most optimistic forecasts, the current C-500 model will appear only by 2017 year. However, it should be understood that the high level of capabilities that the created technique will have means a high level of technical tasks that need to be solved. For us, new aerospace defense complexes mean strategic security of the country. Therefore, they will be created, in spite of any difficulties. But before they take up combat duty, all the infrastructure necessary for their combat support, operation and use must be ready. And this infrastructure is being created now. Including in the Arctic.

Ctrl Enter
Noticed oshЫbku Highlight text and press. Ctrl + Enter
We are
Arctic "Temp" on the island Boiler again in the ranks
60 comments
Information
Dear reader, to leave comments on the publication, you must to register.