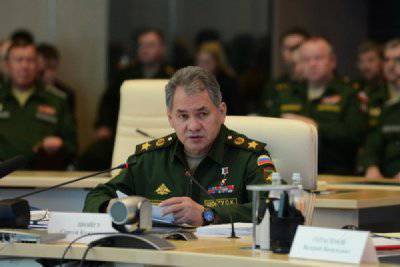 Yesterday, in the Situation Center of the Ministry of Defense of the Russian Federation, Defense Minister General of the Army Sergey Shoigu held the next, 64-th in a row, and the final conference call this year. Among the 10 issues on the agenda, the head of the military department focused on the provision of military personnel with housing and staffing for the Armed Forces under contract and the implementation of the state defense order in the outgoing year.


The form of conference calls with the participation of not only the leadership of the Ministry of Defense, but also - with the help of videoconferencing - commanders of military districts, associations, and (if necessary) commanders of individual military units, military bases fully justified themselves. Over the past year, this communication system has been constantly improved, which allowed, without calling officials in Moscow, to discuss with them the most important issues of military construction and the daily life of the troops, to speed up the necessary decisions and bring them to the executors. As a result, General of the Army Sergei Shoigu noted, the results of activities in such problematic areas as the creation and improvement of the infrastructure intended for the quartering of troops (including the fulfillment of the construction schedule of service and permanent housing) and accommodation received during the implementation of HPV-2020 New weapons systems, military and special equipment. In addition, meetings with representatives of the defense industry have improved the performance indicators of the plans of the State Armaments Program.

This form of work, according to the Minister of Defense, has shown its effectiveness. It will be used in the 2014 year.

Before turning to the main issues of the agenda, the Minister of Defense reminded the meeting participants that last week, the Supreme Commander of the Armed Forces of the Russian Federation, Vladimir Putin, held a series of meetings with the leadership of the Ministry of Defense, the commanders-in-chief of the armed forces of the Armed Forces, chief designers and heads of leading enterprises of the military-industrial complex, management of the Ministry of Industry and Trade of the Russian Federation and a number of other members of the government. During these meetings, the most important issues of the construction of the Armed Forces, and above all the implementation of the State Arms Program before 2020 and the state defense order in the outgoing year, were considered. In addition, issues of the next LG were discussed, for the period up to 2025.

During the meetings, Vladimir Putin gave a number of instructions, including to the Ministry of Defense.

“This year we have to complete the permanent housing program for all military personnel who are registered as needing 1 until January 2012,” said the Minister of Defense.

He said that after a full inventory, the number of people in need from this category turned out to be somewhat larger than it was at the end of last year - 82 thousand people. At the beginning of December, 72, thousands of such troops were provided with housing. More 6 thousands have already been given the opportunity to familiarize themselves with the apartments allocated to them for a decision on their settlement. The state’s fulfillment of its housing obligations to the military allowed the Minister of Defense to express confidence that the provision of this category of waiting list with housing in 2013 will be fully completed.

At the end of the meeting, Sergey Pirogov, director of the Department of Housing of the Ministry of Defense of the Russian Federation, said that the line of homeless people who need to be provided with housing rose to 2012 thousand people in 25, and more than 2013 thousand soldiers in 11. So there is a lot of work to be done, and it continues in several directions. Among them - getting ready permanent and service housing, issuing GLS and providing housing with the help of the mortgage system. 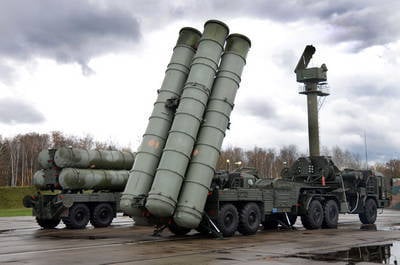 This year it was planned to provide housing for 19 thousand 836 military personnel, 1 percent of them were provided for December 92, until the end of the year it remains to provide 1.646 people. Sergey Pirogov expressed confidence that this will be done in December. And it is planned to complete the provision of service housing for servicemen by 2018 year, the Minister of Defense said at the meeting.

The mortgage security system for servicemen is gaining momentum and popularity. To date, more than 125 ths. Military personnel have entered into it, with the monthly increase being 1.800 people.

“We plan that by the year 2024 this form of providing housing for servicemen will be the main one,” said Sergey Pirogov.

The Ministry of Defense plans to quit housing lines in 2014 - 2015 by introducing a lump sum cash payment. The relevant documents have been prepared and submitted to the State Duma for consideration by the deputies, on whom the introduction of changes and amendments to the law “On the Status of Military Personnel” now depends.

“This form will allow servicemen who have served 20 for more than 10 years and have a 4 person’s family to receive housing in all regions of the Russian Federation, including new buildings in Moscow, if the proposals submitted by the Ministry of Defense are accepted,” said Sergey Pirogov.

The creation of the necessary fund of service housing is also very important in connection with plans to increase the number of contract servicemen in the positions of privates (sailors) and sergeants (foremen).

- We must recruit 2017 thousand contract servicemen by 425. On this day, for this hour, the recruitment plan for 2012 of the year was fulfilled by more than 112 percent, we scored over 70 thousand troops, under contract, he said and expressed the hope that by the end this number could be increased to 117-120 percent.

According to estimates made by the Ministry of Defense, our Armed Forces need 499 thousand contract servicemen - specialists to serve all weapons systems and military equipment, which will and will go to the troops before the 2020 year. The Minister of Defense noted that the justifications for this number were submitted to the Supreme Commander, as well as the set schedule, which is synchronized with the arrival of new equipment.

“That is, we do not strive to recruit as much as possible, but we strive to recruit exclusively for the arising tasks caused by the arrival of new weapon and equipment systems,” said Army General Sergei Shoigu. - With the approval of the Supreme Commander, starting from 2014, we will start implementing this schedule and prepare financial and economic calculations not only for the recruitment of servicemen for the contract, but also for their maintenance.

Sergei Shoigu also drew particular attention to the issues of training and retraining of those who come to the contract service.

As Colonel-General Viktor Goremykin, head of the Main Department of Personnel of the Ministry of Defense, explained after the meeting, much attention in the military department is paid to stimulating the military work of military personnel on a contract basis. Indeed, in order to fulfill the indicated plans, it is necessary not only to select new candidates from the “citizen”, but also to ensure the desire of the majority of contractors to sign the second and subsequent contracts with the military department, that is, to keep this category of people in uniform in the army and navy.

A number of measures in this direction are taken within the military department. Thus, from November 27, the Minister of Defense approved the new model regulations for the service of military personnel under a contract, which envisages arrival at the 9.00 service and departure for 18.00. Reporting this decision, Colonel-General Viktor Goremykin nevertheless noted that “of course, the commanders of military units and formations have the right to adjust the working day taking into account elements of combat training.” But in this case, he stressed, additional days of rest will be provided to servicemen.

Among the material measures aimed at preserving contract military servicemen in military service, the head of the General Directorate of Personnel called an increase in the amount of money allowances and the introduction of a number of allowances for special conditions of service.

- We have developed and will soon take measures to provide free medical care in medical institutions of the Ministry of Defense for members of families of servicemen under contract. “Free travel to and from the place of vacation is also envisaged,” he said.

According to Colonel-General Viktor Goremykin, the Ministry of Defense “expects to expand the sources of recruitment of servicemen under contract. As you know, now they are selected from the reserve or from among conscripts at the end of their military service.

“We went further, and recently introduced a bill providing for the right of choice for citizens: to serve one year for a conscription or two years under a contract,” said the head of the Main Department of Personnel.

According to him, this initiative is supported by all security agencies.

“If everything is normal, I think next year we will work with new sources of recruitment for military personnel under the contract,” Colonel General Goremykin expressed hope.

At the meeting, the Minister of Defense did not ignore the question and began the issue in the troops of the new school year. The list of all exercises at various levels (with the exception of, of course, sudden ones) was brought to the officials. All combat training activities are financially secured and budgeted for 2014 of the year. There are enough ammunition and mines, rockets and shells, as well as fuel and lubricants - taking into account the decision to multiply increase the consumption of ammunition during the lessons - for all trainees. Under these conditions, much will depend on how ready our landfills are for intensifying the process of combat training, and the Minister of Defense asked the meeting’s participants to pay very serious attention to the state of the range equipment.

“Of course, there are certain results, the results are positive,” said Army General Sergei Shoigu. “This December will be quite different in December than in the 2012 year, when we had to complete the contracting without delay and pay frequently, making it through the 100-percent advance payment.

Ctrl Enter
Noticed oshЫbku Highlight text and press. Ctrl + Enter
We are
The Secretary of Defense held the first conference call this year.The action “Military service under the contract is your choice!” In Rostov-on-Don: future contract servicemen, exhibitions and “Russian Knights”
12 comments
Information
Dear reader, to leave comments on the publication, you must to register.