For the first time in the Armed Forces of the East Kazakhstan Region, she took up the test-combat duty of the radar over-the-horizon detection "Container" 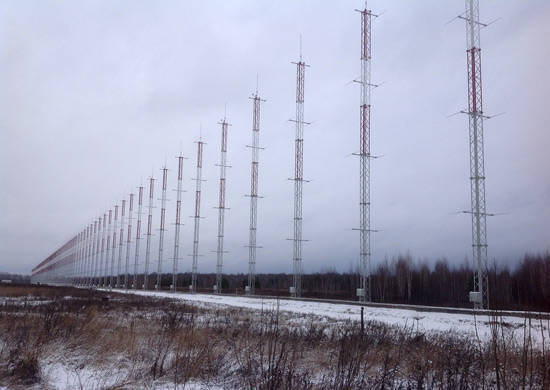 Today in the Republic of Mordovia for the first time the radar station of over-the-horizon detection (container radar ZGO) “Container” of a new generation of reconnaissance and warning system for aerospace attack launched the test-combat duty.


This is the first in the composition of the command of the air defense and missile defense (ADE-PRO) of the Aerospace Defense Forces (WKO) Radar ZGO, designed to detect and determine the coordinates of various air targets at a distance of more than 3 thousand km.

The radar ZGO “Container” is one of the means of the reconnaissance and warning system for an aerospace attack. The station’s capabilities make it possible to monitor the air situation in the zone of responsibility, to reveal the nature of combat operations aviation the enemy and warn of an air attack.

The ceremonial ritual of interception on experimental combat duty of the radar ZGO "Container" was held under the leadership of the commander of the air defense and missile defense forces of the EKR Major General Andrei Demin.

Ctrl Enter
Noticed oshЫbku Highlight text and press. Ctrl + Enter
We are
Container radar: improvement of the head and plans for the construction of newAzerbaijan hosted a military parade
43 comments
Information
Dear reader, to leave comments on the publication, you must to register.