December 3 2013
43
On November 21, the Start newspaper, the factory publication of the Aviastar-SP aircraft manufacturing enterprise (Ulyanovsk), published new information on the progress of the IL-76MD-90А project. Thus, the construction of the first production aircraft of the new model is currently being completed. Factory workers built a glider, installed a number of systems, and should soon begin checking equipment. In the near future, the Il-76MD-90А military transport aircraft with the serial number 01-03 will depart for the flight test station. 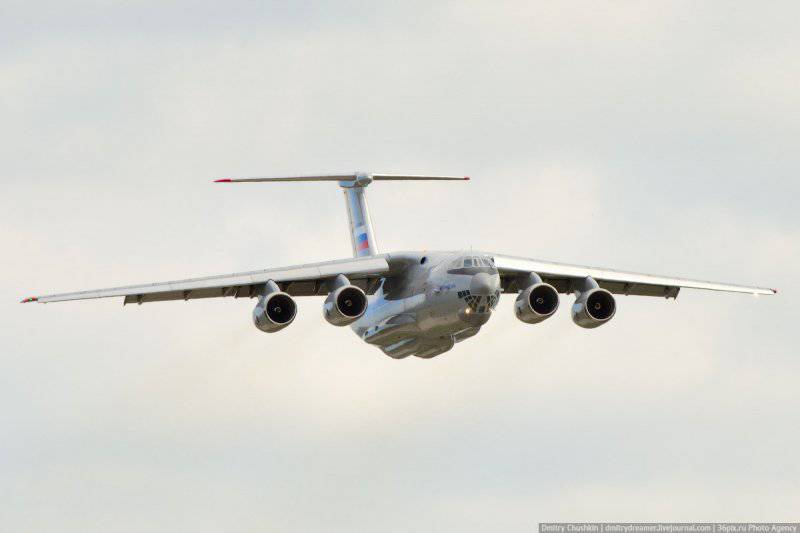 After the 01-03 aircraft leaves the assembly shop of the plant, it will be replaced by the next machine with the number 01-04. According to the newspaper "Start", at the end of November, employees of the plant "Aviastar-SP" were engaged in docking airframe units, as well as mounted components of the fuel system, cockpit glazing, etc. Soon the 01-04 glider will be tested for air tightness, after which the installation of various systems will continue. The aircraft with the serial number 01-05 exists only in the form of a few units that have yet to dock. Already assembled fuselage and wings. The last are tested for tightness by fuel. All necessary equipment is installed on the wings.

At different stages of construction are now 10 Il-76MD-90А. All work is proceeding on schedule, which becomes a reason for optimism. The newspaper “Start” cites the words of the shop manager No. XXUMX, where the final assembly of the aircraft, R. Khambekov, is underway. According to him, the simultaneous work immediately on 300 aircraft suggests that "the stage of mass production of IL-10MD-79A becomes an obvious reality."

Indeed, the pace of work on the IL-76MD-90A project, gathered recently, allows us to draw the most daring conclusions. The first prototype of a promising military transport vehicle took off on September 22, 2012, and a little more than a year later 10 different aircraft of this model are at different stages of construction. All this, as well as a number of the latter News, says that the first flight of an experimental aircraft served as a powerful impetus to the intensification of work on the project. 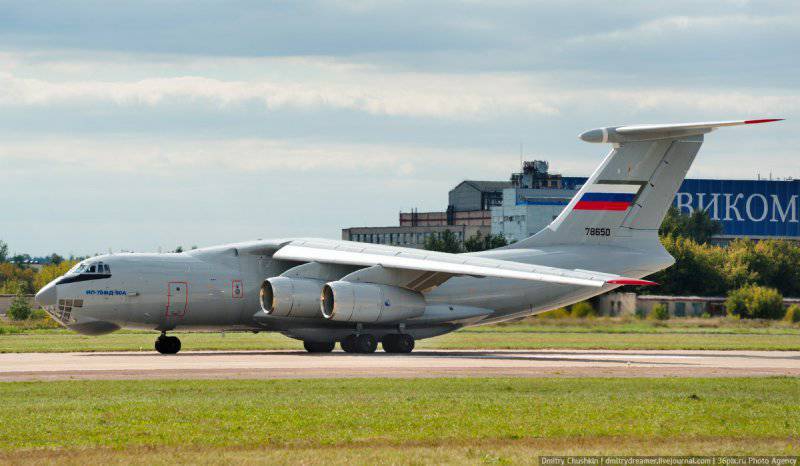 The IL-76MD-90А project started in the middle of the last decade. The reasons for which he appeared were the desire of the Air Force to get a new military transport aircraft, as well as the need to transfer the production of IL-76 vehicles to Russian enterprises. Previously, the IL-76 transport aircraft of several modifications were made in Tashkent, but after the collapse of the Soviet Union this became the source of a number of problems. In the end, it was decided to start building new aircraft in Ulyanovsk.

The decision of the Russian government to begin the development of the project for the modernization of the IL-76 aircraft was issued in December 2006. Almost three years later, in November of 2009, the United Aircraft Building Corporation and the Ministry of Industry signed a contract to carry out work on an upgraded version of the “476 product”. Probably, this designation led to the appearance of an alternative name for the aircraft - Il-476, which, however, does not appear in official documents. Shortly after the agreement was signed between UAC and the Ministry of Industry, construction began on two gliders with serial numbers 01-01 and 01-02. The first of these, in October 2011, was transferred to TsAGI for static testing. The 01-02 glider, in turn, was equipped with engines, radio-electronic equipment, etc., and became the first aircraft. 15 December 2011 of the year took place rolling out the aircraft 01-02 from the shop of the plant "Aviastar-SP".

Inspection of the onboard systems and equipment showed that the prototype was not yet ready for testing, as a result of which it was returned to the workshop. The re-rollout took place on 5 July 2012 of the year, and by the end of August all the work on debugging new systems was completed. According to the company "Ilyushin", delaying the work on the project was associated with new digital systems, which had to spend several months on refining. As a result of all the problems and their elimination, the first flight of the 01-02 aircraft, previously planned for the end of 2011, took place only on September 22 of the 2012. 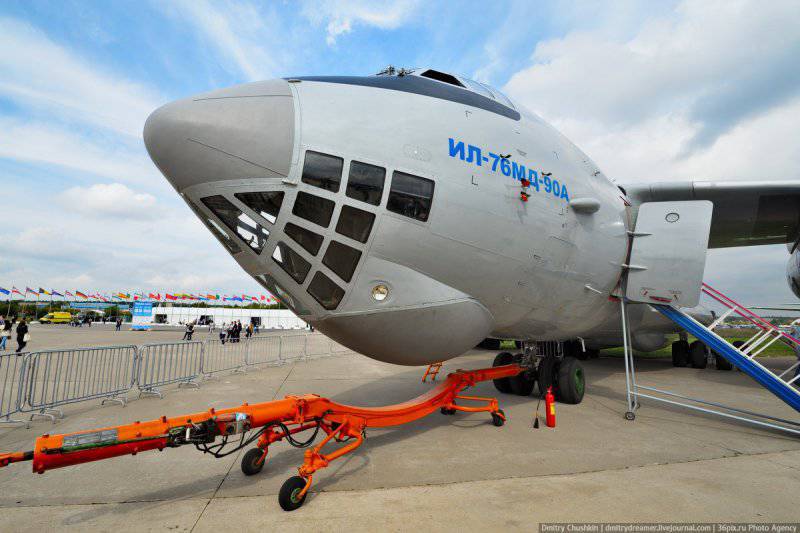 The first flight of the prototype IL-76MD-90А lasted about 40 minutes and passed in normal mode. The crew of the test pilot of the Hero of Russia N. Kuimov flew around the car and did not reveal any problems. October 4 test flight took place in the presence of representatives of the country's leadership. In early October, the Ministry of Defense and the United Aircraft Building Corporation signed a contract according to which until the 2018, the Air Force will receive the 39 of the new IL-76MD-90А military transport aircraft.

29 January 2013, an experienced IL-76MD-90A made the first long flight lasting over four hours. In mid-March, flights began as part of testing under the program of the Ministry of Defense. In July of this year, UAC ordered the PS-156-90 engines from the 76 United Engine Corporation. Engines worth more than 30 billions of rubles will be installed on 39 aircraft for the Ministry of Defense. The first four engines for the IL-76MD-90А aircraft were transferred at the end of August.

In early August, new information appeared on the required number of new aircraft. The total air force demand is estimated at the level of 100 aircraft in transport and other modifications. It is already known about the development of an aircraft tanker based on the IL-76MD-90A. Probably in the future there will be new modifications.

According to some reports, the test program of the first flight of the IL-76MD-90A will be completed over the next few months. This should be followed by registration of all necessary documents. Thus, the first production aircraft of the new model can be transferred to the customer at the beginning of 2015, or even earlier. 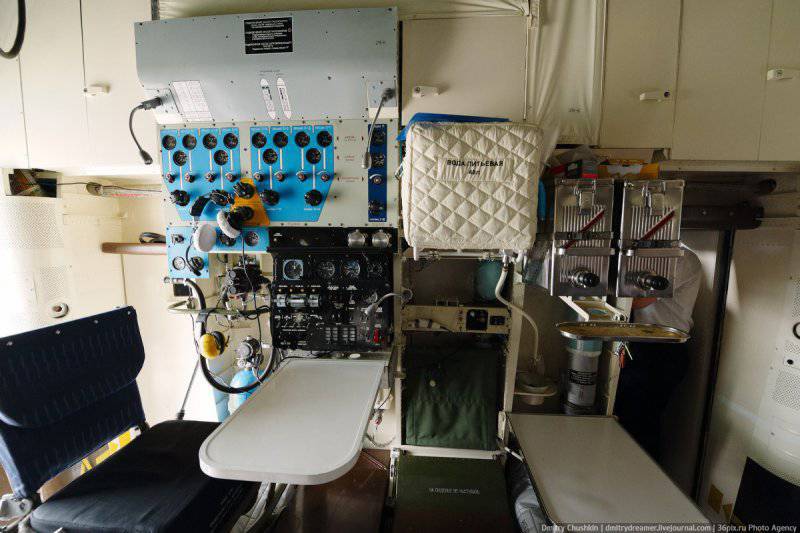 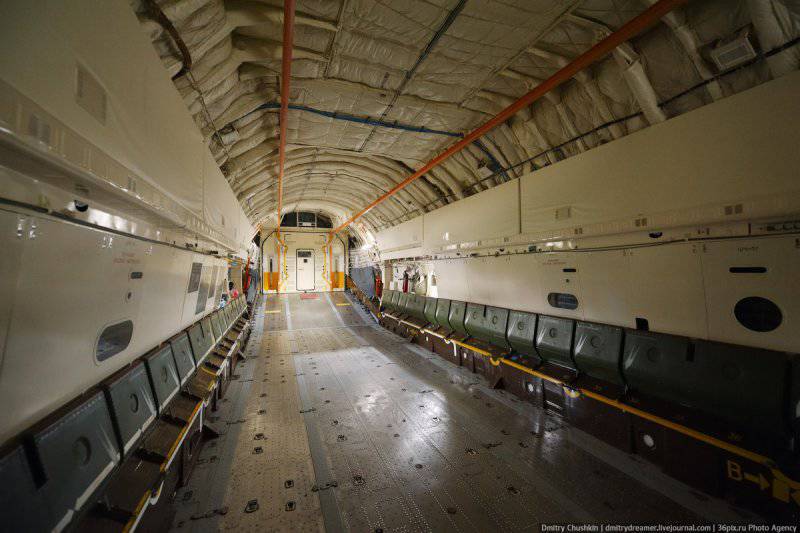 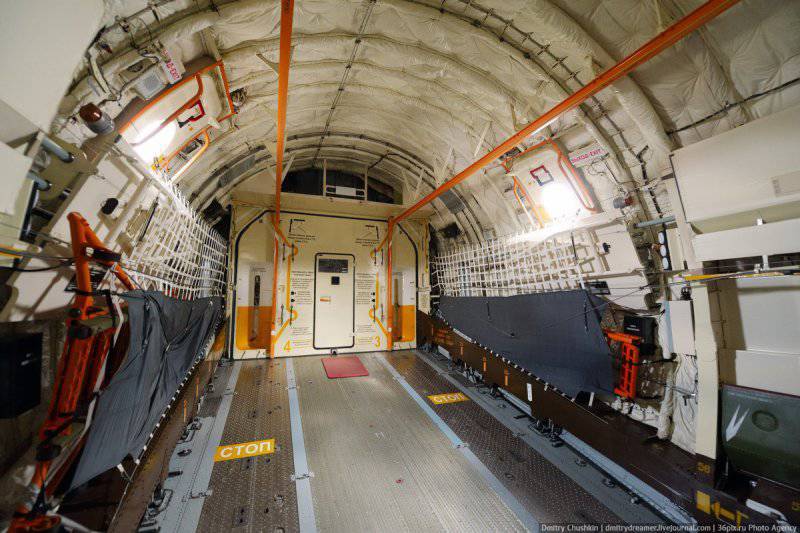 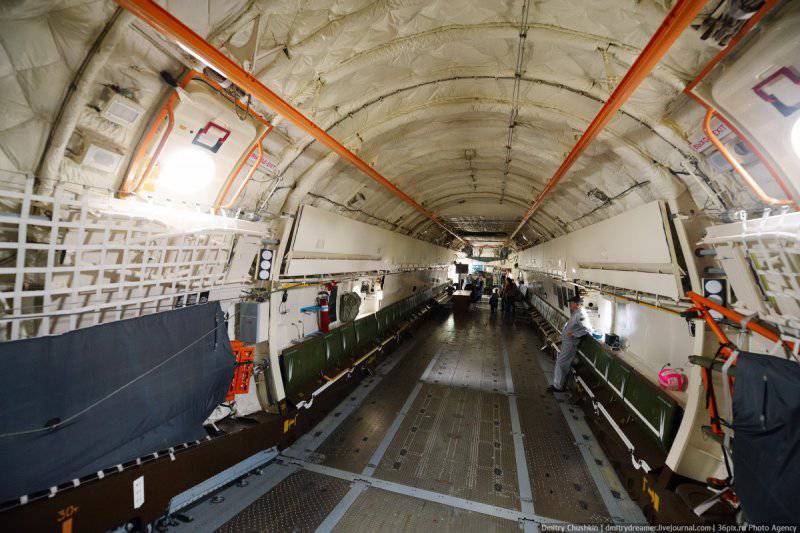 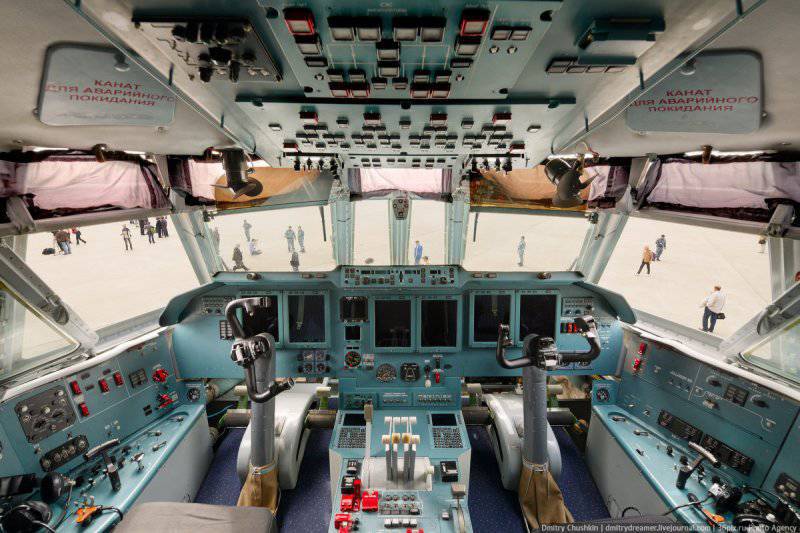 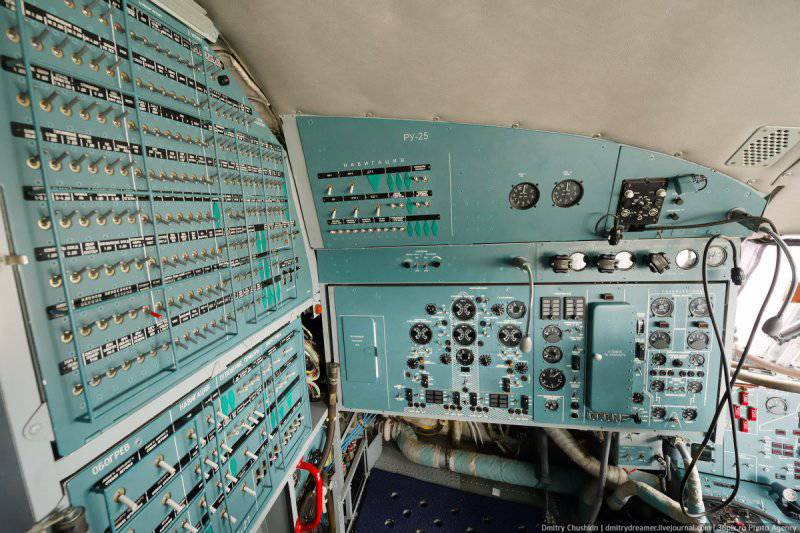 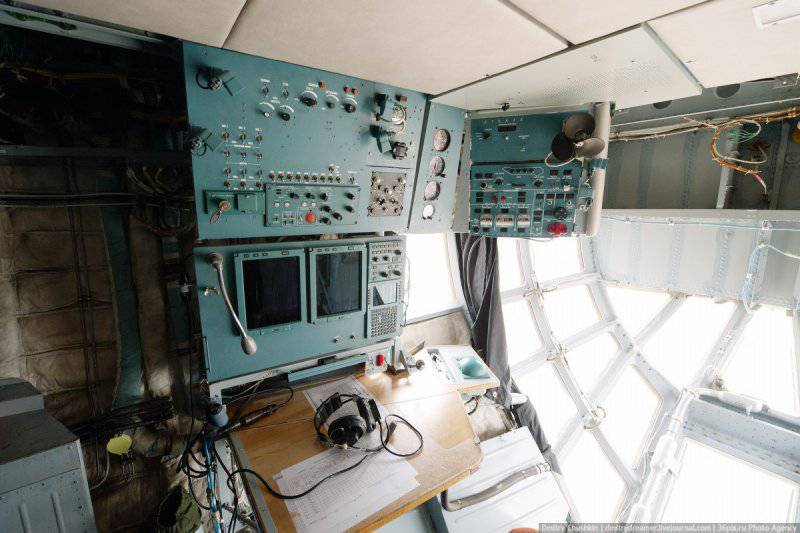 Ctrl Enter
Noticed oshЫbku Highlight text and press. Ctrl + Enter
We are
How the IL-76MD-90А was createdThe first IL-76MD90-A sent to the flight test station
43 comments
Information
Dear reader, to leave comments on the publication, you must to register.