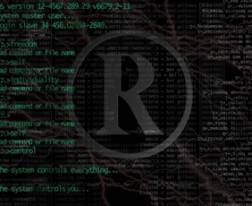 You will never hear these words on TV, because they oblige the editor News know exactly whether the device or aircraft shown has analogues or not.


If the European editor was wrong, and some device was said in his program - “it has no analogues”, then the offended competitors will show the TV channel and the editor personally a lawsuit, the size of which is directly proportional to the theoretically lost profit due to the disinformation of customers.

The editor will justify himself, they say, I did not know, and refer to the girl reporter.

You do not know - do not speak, but said - answer.

No TV channel in the world will allow itself this.

None - except Russian: here, no program can do without final words that the device shown (aircraft, ship) has no analogues.

I once asked the editor of a Russian TV channel - on the basis of which he broadcast the words that a heart operation performed at a Russian clinic has no analogues in the world?

So he was told by the doctors of the clinic, telling about his success.

When I told him that only two people who had undergone a similar heart surgery live near my home in Israel, he was very surprised.

In Israel and the United States, 20 has been doing it for years ...

Literacy and lack of professionalism among journalists and editors alone cannot explain the situation.

Much to understand gives the fact that this can be found mainly on government channels.

Other channels may precisely be mistaken, rather than blowing into the necessary tune of “hurray-patriotism”, designed to obscure Russia's global backwardness in all areas of science and technology, except for oil and gas.

But it is precisely this that harms the development of the state: the consequences of misinformation are added to economic problems.

... The Muscovite historian, who flew to Frankfurt am Main to visit fellow programmers, asks for an explanation of what innovations are, why, according to Russian TV, which shows innovations meetings every day (talking about events a year ago), Russia is not being introduced, how long can you expect them to come from somewhere and take their place?

After the release of a series of articles - “Nanotechnology ... But nanosubstances do not exist,” an elderly engineer from Belgorod, a friend of my late father, called me and asked — finally, explain what nanocement is — at the plant where I once worked, his now released.

You can explore the quality of cement with the help of nanotechnology. To improve the quality, the cement will be better, but will remain cement.

In recent years, I have clearly developed a criterion: if a country is lagging behind in the field of electronics and technology, then it is very difficult to create something that has no analogues, I will say more categorically - it is impossible.

When a specialist from a third world country who does not have achievements in the field of unmanned aircraft, criticizes Israel, which has such achievements - it causes laughter.

And the reason that this specialist puts his name should be sought in politics.

What made the author of the film about Kalashnikov, a talented Russian designer, declare a "high-tech process"?

With the fact that 60-year-old machines flashed on the screens, and CNC machines - on the 2-3 generation below modern.

What made him declare the "power of the Russian weapons", and as a proof of patter say, they say, it is imported by the United States themselves?

The US has never acquired Russian weapons - it is lower on the 1-3 generation.

European media are more or less professional: before writing that “Iran photographed Israel’s military secrets,” they turned to analysts. And not to one, but to several. And made an opinion.

I omit the Russian media - they simply do not know the technology of UAVs, and therefore even the urban sites of Eastern Siberia were happy to write about the "failure of the Israelis". And all of them with no less joy quoted Russian search engine!

However, this is the case of the Internet monitoring of the Internet publications - they noticed it there and asked for a comment - why did the search engine put the same message (word for word) into the first place?

Because such is the policy of the media to publish anti-Semitic articles of Muslim sites in which Israelis "shoot down peaceful Palestinians."

How many reprint specialists have been recruited in Russia! It would be better to create a drone - fathers and grandfathers were the foremost in the world in the field aviation.

But more than others, the Russian-language Israeli publications were astounded - word for word was reprinted by statements of Iranian generals, who are not shy about talking nonsense. And one edition even called the Iranian drone - “stelz”, that is - unobtrusive. Even the Iranians were probably surprised - they simply do not have such technologies.

The editor of the German magazine asked me if the Israelis could not have noticed how a plane had entered their territory. He's a little ...

Even birds can be seen on the radar, I answered him, and on the modern ones - and sparrows.

But the thing is different. If the plane had not been noticed on the perimeter of the borders, then inside the country the airspace is not carefully scanned. And he would hardly have been caught ...

And he was noticed and led. When they were convinced, there are no chemical weapons on him, he does not transmit anything, and no one is watching him - there are no signals, they have destroyed him.

I told the editor - if anything, the entire Israeli territory had long been photographed by Russian satellites - with a much higher resolution, right down to the inscription on the matchbox.

But the drones are designed entirely for other purposes ... But the Iranians about this, it seems, have no idea.

My words of the editor were convinced, and the passage “a new weapon that Israel faced”, even used by the Russian government media, was not included in the text of the article of the authoritative German edition.

The German editor did not even ask me about the Stelz - he is literate.

And now (just one of hundreds) an example of what really has no analogues ...

The US company SpaceX has created a new engine with a weight of about 700 tons, and now the new SpaceX rocket will be able to put into low earth orbit up to 200 tons of payload.

A transport system with such characteristics will open up new opportunities for space exploration - using SpaceX, a space station similar to the ISS could be collected in just a launch 2-3.

Be careful if you hear “analogs do not exist” - and it does not matter in which countries and on which channels they talk about it.

Unless, of course, you want to live in a world of delusions.

Ctrl Enter
Noticed oshЫbku Highlight text and press. Ctrl + Enter
We are
About Stalin and KhrushchevWhat you didn't want to know about England
79 comments
Information
Dear reader, to leave comments on the publication, you must to register.