After Vilnius: the colonization of Ukraine is inevitable. The main thing is that Moscow does not have illusions 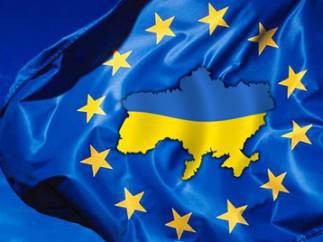 On the first day of the summit in Vilnius can safely say - do not matter much, the current president of Ukraine will sign an Association Agreement with the EU or not sign.


The trap into which the Ukrainian authorities have driven themselves has no legal and painless way out. Because the processes of absorption of Ukrainian elites through the control of their capital is already irreversible. And knowing the psychology of the inhabitants of Bankova and Grushevsky streets in Kiev, we can safely say that of all the options, the “Donetsk” will choose the option that preserves their capital.

The economic aspect for the EU is also understandable, the new undeveloped market is a chance to delay the central recession in Europe, due to the sale of goods to Eurasia.

But in the purely economic logic, it is completely not in the interests of the EU to hold a political show around signing. After all, by and large, all economic bonuses are contained in the agreement on the Free Trade Zone, which could be turned without the “Vilnius Show”. And even more so without the Maidan.

So what the historical are the processes taking place before our eyes under the guise of a summit in Vilnius and, in particular, within the framework of the “Eastern Partnership Policy”? Europeans tend to mask their true goals under meaningful discussions about democracy, freedom of speech and other tinsel.

The Young Europeans were the first to let it slip. Thus, Romanian President Traian Basescu said bluntly: “Romania had fundamental projects for joining NATO and joining the European Union (EU). I think that the third fundamental project should be the union with Moldova. ”

Following the Romanian counterpart, the same idea was developed by Polish Foreign Minister Sikorski, who advised Ukraine to follow the Moldova’s path for the success of “European integration”: “For Ukraine, the best example should be Moldova, which does not bargain, but has implemented reforms per person at the level of candidates. It has achieved more than Ukraine, and in simplifying visas. ”

So, Ukraine and Moldova. Two republics moving to Euro-colonization with different speeds. As of today, Chisinau overtakes Kiev by 5 – 7 years. That is why, for Moldova, the Association with the EU is an important step towards the takeover by Romania. What the Bucharest authorities say honestly and openly.

Ukraine is to go the way of Moldova, as conceived by the authors of the Eastern Partnership policy.

Therefore, we can safely say that the point is not in the sales markets and certainly not in European standards. We are dealing with the revision of the Yalta world order, the ultimate goal of which is to change the borders in Europe. Only the revision takes place not as in the middle of the 20 century, but in a diplomatic and financial form.

The ultimate aim is the absorption of Eastern Europe under the scheme of Moldova. In the Ukrainian case is left to understand, and who, exactly, will claim the role of Romania. So far, the role of this claim Warsaw. The only difference is that the colonized territory of Ukraine is much larger than that of Poland itself.

The answer lies in the fact that to run the Moldovan scenario, it is necessary to get rid of the territories where the disloyal policy of “European integration” of the population lives compactly. In the Baltics, this was done by the institution of “non-citizens”, in Moldova and Georgia they brought the matter to a civil war - during which the issue of disloyal Transnistria, South Ossetia and Abkhazia was resolved on its own.

That is why, at the summit, it was Georgia and Moldova that were the first to swipe the agreement on “Euro-association”.

Ukraine still has a way of Moldova, and today is not particularly important, the current president of Ukraine will sign an association agreement or not. Because historical processes already running. And to stop them, will need remarkable. And willingness to spit on the capital that recent years 20 carefully stockpiled in Austria, Switzerland, Germany, USA and other offshore.

In Kiev, such a decision is hardly ready. Therefore, the President of Ukraine will sign or not sign the Vilnius Treaty - does not matter. And even if he does not sign it - in no case can one take it as a victory for Russia and the allies. Because the main challenges that will face Russia and the Eurasian Union in the Ukrainian direction are ahead.

Ctrl Enter
Noticed oshЫbku Highlight text and press. Ctrl + Enter
We are
The world we leave, the world we enter, and the world between themInternal colonization: the Russian Empire a hundred years later
99 comments
Information
Dear reader, to leave comments on the publication, you must to register.