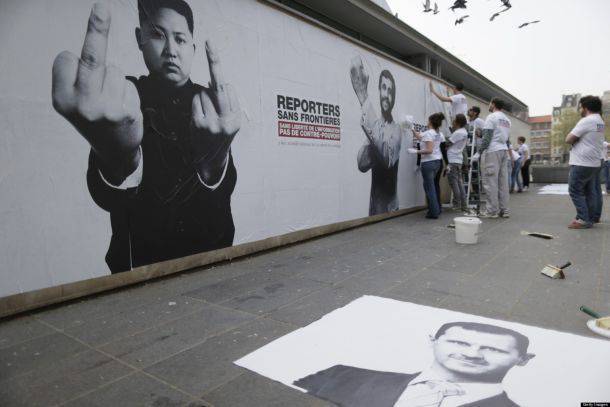 There was a time when the United States, with the help of its army, dollar, and economic sanctions, could shake out the soul and resources of any adversary. Now for America, war is a heavy burden, the dollar is weakening before our eyes, and the American embargo is no longer the former fear, but the desire to send the US ... retaliatory measures.


By the beginning of the 21st century, American economic sanctions were in force against the 75 countries of the world, where more than half of the world's population lived. Justifying such measures by the need to protect human rights, combat terrorism, drug trafficking and the spread of weapons mass destruction, the United States pursues mercenary goals: seizing new markets, eliminating competitors, and putting pressure on governments of objectionable countries until the change of state regime. According to the “Law on Economic Powers in an International Emergency” adopted by 28 in October 1977, the US President is obliged to apply sanctions when there is “an unusual or extraordinary threat to national security, foreign policy or the United States economy, the source of which is completely or largely outside the United States States. 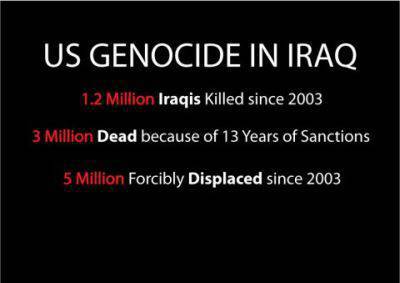 Satisfied with the sanctions of the United States and the UN Security Council in August 1990, Iraq tasted in full what it means to fall into the sphere of national interests of the United States. An embargo on the supply of arms and all goods, with the exception of a limited list of food and medicine, was imposed against Baghdad. The lack of the latter led to the death of about half a million children in Iraq. When it became known about this horrific fact, the journalists asked the current US Secretary of State Madeleine Albright if the US sanctions are not too harsh. In response, they heard a cynical revelation: “The death of 500 000 of Iraqi children was the price worth paying for weakening Saddam Hussein’s regime!” However, the brutal economic measures were powerless against the Iraqi dictator, and America and its allies resorted to an extreme argument - a military one. It was not for nothing that Madame Albright liked to repeat: “What is the point of having such an excellent, as everybody claims, army, if we cannot use it !?”.

However, Iraq is far from the most illustrative example of the policy of double standards and the growing inability of the United States through sanctions to achieve goals.

The Republic of Cuba for more than half a century is in the most severe economic and political blockade by the United States, but still alive, remains socialist and under the control of unfading Castro. And this despite the fact that, according to Cuban Foreign Minister Bruno Rodriguez Parilla (Bruno Rodriguez Parrilla), for fifty years, the US embargo caused damage to the country's economy on 1,1 trillion dollars. In the era of the Cold War, Moscow and other countries of the Eastern bloc helped withstand the pressure of Washington and survive Havana. But even left alone, Freedom Island does not give up, actively develops the tourism business, finds foreign investment and seeks to lift unfair sanctions. 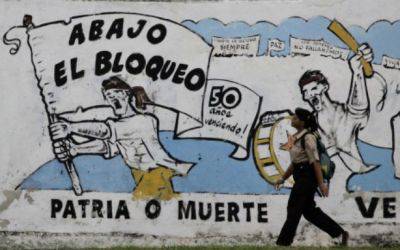 It is indicative that at the last UN General Assembly, where this issue was discussed, only two countries spoke in favor of extending the embargo - the United States and Israel. The unanimous stance of the world community forced the White House to make statements that the US administration could meet Cuba. Of course, in one fell swoop, the White House cannot remove the rusty chains of the blockade without losing face. So Barack Obama has a moral defeat in this long confrontation to cover with a loud phrase: "The younger generation of American politicians and Cuban-Americans are probably more open to finding" new mechanisms "to bring about change on the island." In the meantime, the United States, with a purely capitalist pragmatism, is profiting from the sanctions against Cuba. For conducting trade relations with Havana, the US authorities have fined their own and foreign companies a total of 10 billion dollars in the last 2,4 years.

Profit, direct and indirect, derived the US budget from the sanctions imposed on the Islamic Republic of Iran, adopted in 1979. They did not bring America closer to the main goal - to weaken or overthrow the power of the ayatollahs, but they helped to fill the pockets of dozens of American companies and showed the whole world the unprincipled and corrupt nature of US foreign policy. The Iran-Contra scandal in 1986 opened the veil over the "Iranian" scams of the White House. Then the press leaked details of a secret deal, under the terms of which the Ronald Reagan administration, in violation of its own embargo, supplied weapons to Tehran, and the money raised, contrary to the ban of the US Congress, sent to support the Nicaraguan rebels (contras)! Bill Clinton also made his contribution, in which a loophole appeared in the regime of "anti-Iranian" sanctions, which allowed American companies to buy and resell Iranian oil. This method 42 th president of the United States tested in Sudan, where, despite the regime of economic sanctions imposed by Washington, American Occidental Petroleum, with the support of the White House administration, easily produced and transported Sudanese oil. Expose these frauds helped article in the Washington Post, after which Occidental had to leave Sudan. 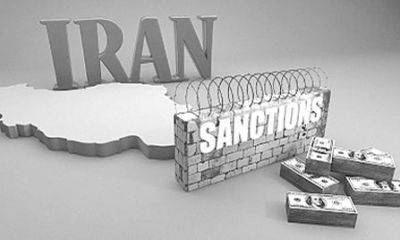 In December 2010, another newspaper, The New York Times, reported on how the US authorities, tirelessly calling on the world community for brutal sanctions against Tehran, at the same time helped “their” corporations to earn billions of dollars in business with Iran. It turned out that it was American companies that financed the laying of a pipeline for Iranian gas to Europe, and the turnover of the United States and Iran, which did not have any official relations, amounted to 2010 million in the first half of 151 alone.

Untidiness of the United States in such a matter of principle as adherence to its own rules of the game, unties the hands of other countries and allows Iran to bypass economic sanctions. China is actively buying Iranian oil, which is sold directly from tankers in the Indonesian territorial waters, which makes it possible to evade sanctions. The closest neighbors, Turkey and Iraq, help Tehran acquire currency and gold to support the Iranian rial exchange rate. Barack Obama, being unable to force Iran to abandon its own nuclear program, is forced to talk about the possibility of direct negotiations: "The obstacles on this path may be too significant, but I firmly believe that we should try the path of diplomatic efforts."

The nuclear issue was a reason for Washington to impose economic sanctions against North Korea. But the powerlessness of the US is evident in this part of the world. The common border with China, which accounts for two thirds of the DPRK's foreign trade turnover, compensates Pyongyang for the consequences of American pressure. To force Beijing to abandon the support of the North Korean government, Washington is no longer capable, and without this it will not be able to change the regime in the DPRK by non-military means.

Interestingly, in addition to Cuba, Iran and the DPRK before 2001, the American “axis of evil” also included India and Pakistan, which won this “honor” in May 1998, after their nuclear tests. American sanctions Delhi and Islamabad did not scare, and both countries already in the next year conducted test launches of ballistic missiles. After 11, September, George Bush canceled the measures taken by his predecessor in exchange for India and Pakistan supporting his crusade against international terrorism. Such is the double game according to the ever-changing rules that are binding for everyone except the United States itself. However, there are fewer and fewer people in the world who want to sit down at the same table with a star-striped cheater, and even the marked cards of economic sanctions no longer help Washington "break the bank" of world leadership.

Ctrl Enter
Noticed oshЫbku Highlight text and press. Ctrl + Enter
We are
Economic wars and economic sanctionsDollar and war
11 comments
Information
Dear reader, to leave comments on the publication, you must to register.