In the suburbs deployed regimental set of C-400 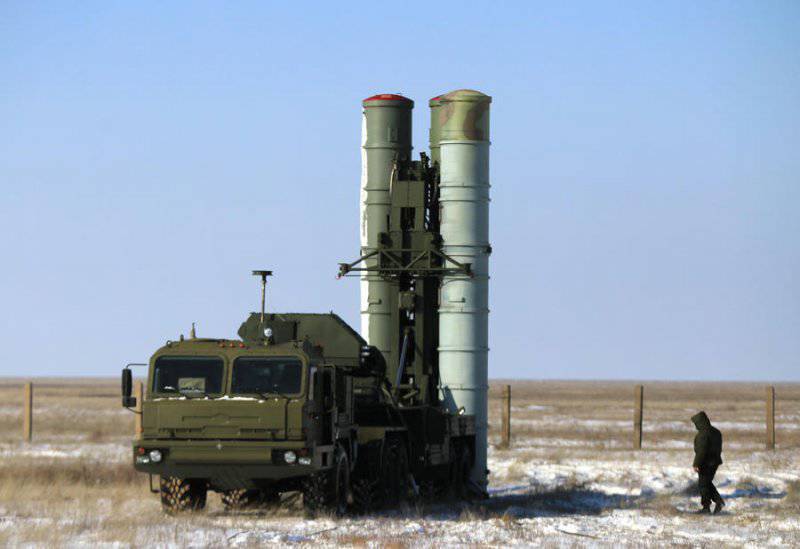 "Until the end of 2013, the regimental anti-aircraft missile system C-400 will be delivered to the aerospace defense forces, which will be deployed in the Moscow region", - quoted the press service of the Russian Defense Ministry Alexander Vadim Golovko.


The first two C-400 anti-aircraft missile regiments are deployed in Elektrostal and Dmitrov.

“In 2014, the delivery of another C-400 air defense missile system to the aerospace defense forces was scheduled,” said Alexander Golovko, speaking today at the Military Academy of the Aerospace Defense Forces. Marshal Zhukov in Tver.

The commander noted that today air defense brigades have modern automated systems capable of controlling fighter aviation. Golovko also emphasized that the East Kazakhstan region has special hopes for promising S-500 anti-aircraft missile systems, which will be operational by 2017.

“First of all, it should be noted that this system belongs to the new generation of ground-to-air anti-aircraft missile systems and is a universal complex of long-range and high-altitude interception with an increased potential for antimissile defense. Perspective air defense systems can hit not only ballistic, but also aerodynamic targets - airplanes, helicopters, as well as cruise missiles, ”said the commander, describing the future weapons of the East Kazakhstan region.

Recall that the C-400 anti-aircraft missile system, also called Triumph, is capable of striking all modern types of strategic aviation and ballistic missiles. Each installation can simultaneously destroy up to 36 targets, pointing 72 missiles at them. The air defense system detects them at a distance of 600 km. According to Western experts, the C-400 surpasses the American Patriot in many combat characteristics.

The first division, equipped with C-400 complexes, took up combat duty in the Moscow region in August 2007.

Ctrl Enter
Noticed oshЫbku Highlight text and press. Ctrl + Enter
We are
The action “Military service under the contract is your choice!” In Rostov-on-Don: future contract servicemen, exhibitions and “Russian Knights”ZRK C-200 rust in the woods near Moscow
41 comment
Information
Dear reader, to leave comments on the publication, you must to register.