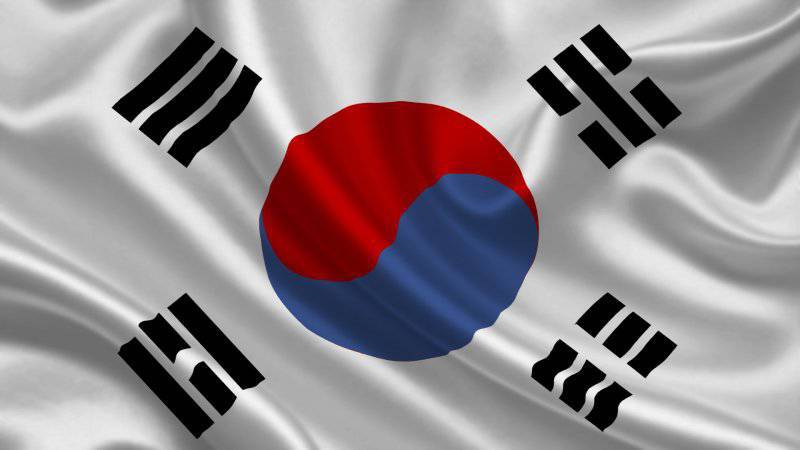 South Korea made it clear to China that it will continue to ignore the air defense recognition zone introduced by Beijing on the East China Sea on 23 in November. Moreover, the reaction of Seoul was in many ways even tougher than the US response. Today, South Korea intends to notify the United States, Japan and China that the South Korean zone will be expanded to include the remote islands of Marado, Hondo and the space above the Iodo underwater rock.


Despite the initial statements by China and South Korea that they intend to settle everything through dialogue, it seems that there is not much talk. In the course of the recent talks between representatives of the military departments of the two countries, Beijing rejected the demand of Seoul to amend the boundaries of the air defense identification zone to exclude the space above the Iodo submarine rock.

Response to South Korea had to wait long. As it became known, the government of the South instructed its civilian airlines not to inform the Chinese authorities in advance about the passage through the Chinese air defense identification zone. "On November 27, we received a request from China that our companies provide them with a flight plan when they go through the air defense identification zone. After that, they also received requests from the companies themselves about what they should do. Our government does not recognize the zone introduced by China, and therefore we recommended doing as it was before, "a representative of the Ministry of State Territories and Transport of South Korea told reporters. "As before" means "before the introduction of the People's Republic of China of the air defense identification zone". That is, simply put, the official Seoul instructed its civilian carriers to ignore Beijing’s demands.

It is noteworthy that this was an even tougher response compared to the United States, which until then had been at the forefront of critics of China’s behavior. Although the United States made a demonstrative flight on B-52 bombers through the Chinese zone, but still gave their civilian airlines a recommendation to notify on their plans for overflight. As it became known, Delta and American Airline carriers have already begun to provide flight plans to the Chinese.

But South Korea, apparently, decided not to yield to China in anything. It should be noted that such a decision - it is quite noticeable click on the vanity of China. Through the new air defense identification zone, 310 flights of South Korean companies follow daily, so that it is not a question of “rare single spans”.

But Seoul decided not to stop there. Caused by the actions of China, Korea decided to recall its own interests in the air. Already today, Seoul intends through diplomatic channels to notify China, the United States and Japan of the expansion of its air defense identification zone. And again, there is no escape from a collision with China. This new zone will include the space above the distant islands of Marado, Hondo and the Iodo submarine rock. The result will be that the space above Iodo will be in the recognition zone of three countries at once - China, Japan and South Korea. Koreans are well aware of all this, but they consider Iodo (more precisely, the water area and the air above it) only a zone of their interests. On the rock, by the way, is the South Korean meteorological station. It can be expected that this region will turn into a zone of confrontation of the three powers at once.

Commenting on the plans of the South Korean government to expand the air defense identification zone, a Korean official stressed that they "will not make any concessions, will not ask for consent, but simply notify the state" about new frontiers. True, as far as can be judged, the reaction of China and, possibly, Japan to the actions of Seoul will also be negative. In the region, one should expect an increase in tension.

Ctrl Enter
Noticed oshЫbku Highlight text and press. Ctrl + Enter
We are
Reconnaissance Without warning, US bombers entered China’s air defense zone
5 comments
Information
Dear reader, to leave comments on the publication, you must to register.