Guns with oil: questions of the defense capability of potential members of the CU in Central Asia 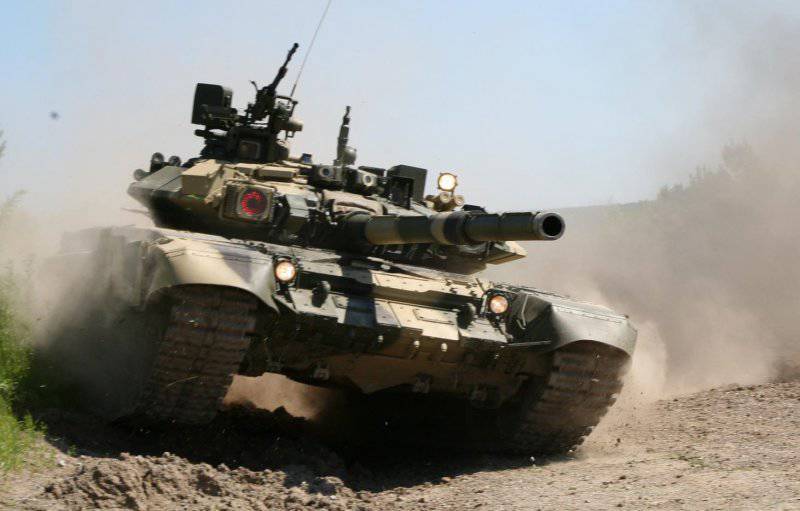 When Harrison Ford played the role of the President of the United States, the main part of the troubles of his hero on the script of the film was associated with the span over the territory of Kazakhstan. The number one board was captured by some Kazakhstani terrorists, MiGs with unidentified marks on the wings attacked the plane ... The President (that is, of course, not the President, but Harrison Ford) dodged enemy missiles with the help of aerobatics. Personally at the helm, since he himself is a pilot and a true hero of the Vietnam War. Ford also accomplished many other exploits. Jokes, but his role in the film “President’s Plane” was best recognized by the American nation’s on-screen leader. history movie.


Americans have the right to create a heroic epic about their leaders, but why does Kazakhstan still figure here? Such adventures of the President of the United States could theoretically be presented somewhere in the region of Somalia. Yes, Americans are not too interested in the outside world, sometimes it even leads to incidents like Kyrgyzstan. But Kazakhstan? Yes, a small clarification: the film "President's Plane" was shot in 1997 year.

Naturally, sixteen years later, the location of such a film would be different. Hollywood feels subtle and momentary mood of the State Department, and the nuances of international politics. And today, if Kazakhstan’s moderate criticism sounds, it alternates with praise or unobtrusive requests for assistance in implementing the American strategy in Central Asia. Kazakhstan is a state with which it is impossible not to reckon with in the region. And the American president, if he suddenly decides to fly over the territory of the republic (for peaceful purposes), is not exactly threatened by the attack of terrorists or enemy aircraft. In general, Kazakhstan is a stable state economically, politically and militarily.

The same is hard to say about the other two Central Asian republics that claim membership in the Customs Union. I mean Kyrgyzstan and Tajikistan. Their stability is a big question. How can we make sure that even the next sixteen years have disappeared even a hint that Central Asia may be a suitable film set for a Hollywood action movie?

Militarization to the limit

Everyone knows the expression of Napoleon that the army (his or someone else's) will still have to feed. However, estimates of how much to allocate for feeding the army and where the golden mean of defense spending is located, vary considerably. For example, in NATO there is a norm: member countries must spend at least 2% of their GDP on the armed forces. Better if more. The alliance leader, the United States, is financing the army at 4,4% of GDP. At the same time, a number of NATO states are not able or even going to meet the two percent standard. Approximately in the same range are military spending and the CSTO countries. One, two, less often - three percent of GDP.

Are there enough indicators for potential members of the Customs Union in Central Asia? The GDP of Tajikistan and Kyrgyzstan at par is slightly less than 7 billion dollars for each republic. You can calculate how much will remain in the army, if we limit ourselves to the traditional share of expenses. One hundred million dollars? Two hundred?

In fact, the republic’s military budgets are even smaller; they amount to modest amounts of tens of millions of dollars. We put them in the numerator, and in the denominator we write down the size of the territory, proximity to Afghanistan and internal instability. The result is disappointing: at the slightest disruption of the political balance in the region, the government and the president can count on salvation only on the territory of the Russian military base. If you have time to get there. The authoritarian power vertical only seems invulnerable, in fact it can break at any inopportune moment. If it is not backed by real power.

The problem is, it must be solved. The first step was taken about a year ago, when Moscow informed Bishkek and Dushanbe about the possibility of allocating half a billion dollars in military spending. Free of charge. The proposed amount is fourteen times greater than the military budgets of the two republics taken together; the main goal of the program is to re-equip the Tajik and Kyrgyz armies. The package also includes an expanded proposal for training the Central Asian military in the universities of the Russian Federation. The program was supposed to be expressed in concrete actions already in the summer of 2013, but it slowed down due to the geopolitical fluctuations of the Kyrgyz and Tajik elites. But next year, apparently, will begin.

This is a good start, but then the Central Asian republics should move on their own. Nor can we count on a hypothetical creation of collective armed forces — the idea is good, but it is unlikely to become a reality in the foreseeable future. Own military spending in Tajikistan and Kyrgyzstan should increase by at least an order of magnitude.

Perhaps the pace of militarization should be linked to economic growth and Eurasian integration. You join the Union - you agree, conditionally, to direct a third of GDP growth to the needs of the army. Every year. And so - ten to fifteen years in a row.

Of course, such a policy is very painful for poor countries. Not enough for the most basic, and here there is still growing spending on the military. But there is no alternative. More precisely, it is, however, citizens of Kyrgyzstan and Tajikistan can pay much more for savings on the army.

Army being will determine the Central Asian consciousness

Thanks to the anti-Soviet propaganda of the end of 80, we are well aware of what harmful militarization is. Publicist polemicists cried out to feelings and numbers: “Guns instead of butter - how much can you?” “Stop spending 40% of GDP on the defense industry,” etc.

The Soviet military-industrial complex really cost the people dearly, but not so much. The real expenses of the military sphere in the period from the beginning of 50's to the end of 80's were in the range of 5 – 15% of GDP, gradually decreasing from the time of the late Stalin to the early Gorbachev. In the era of Brezhnev stagnation, the army was eating 6 – 7% of GDP. Of course, this is a lot, but it was enough for both guns and oil.

Let's return to our Central Asian partners. Kyrgyzstan and Tajikistan are interested in strengthening the army, not only because this is demanded by the interests of military-political security. The military also plays a special social role. Tajikistan and Kyrgyzstan, having inherited from the Soviet era a fairly modern (conventionally European) model of organization of society and the state, are now on the way to the roots. That is, to feudalism, the former, pre-Soviet and pre-Russian foundations. Who or what will become a barrier to the archaization of society? The army may well become such an institution.

It is the army that often serves as a driver for modernization. Historical examples can be strung together in bundles, starting with the Russian Empire and ending with modern Turkey, as well as with many Arab countries. In the latter, the military is the only force that keeps these countries from returning to the era of barbarism.

This phenomenon is quite understandable. Virtually any army is built on modern and fairly standardized principles; the traditionalist culture of an archaic society is alien to it. The device of a modern division somewhere in Pakistan is not much different from the military unit of the Bundeswehr. In any case, it differs much less than the structure of German and Pakistani society. And being determines consciousness. The existence of the army itself has a major impact on society. By increasing the proportion of the army in society, we automatically increase and influence.

Special mention deserves the place of training future Tajik and Kyrgyz officers. It is clear that this is not where children of post-Soviet oligarchs and senior government officials are studying, but in Russian universities. Perhaps this is not the most important factor, but the army elite will be different. And it makes sense to make every effort so that it becomes quite influential.

The experience of the last years of the USSR is more than eloquent: when abandoning guns, the oil becomes not more, but less. For members of the CU (present and future) it makes sense to remember this rule of political mathematics.

Ctrl Enter
Noticed oshЫbku Highlight text and press. Ctrl + Enter
We are
Lady at the helm of the deck fighter. The Life and Death of Kara Haltgreen
60 comments
Information
Dear reader, to leave comments on the publication, you must to register.