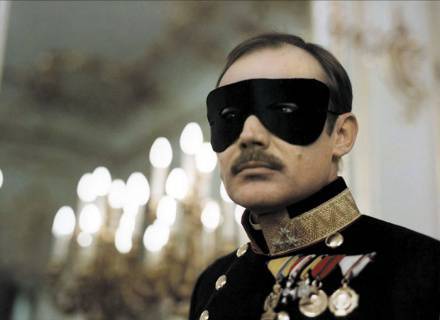 One of the largest "blue" stars of the intelligence apparatus of the Third Division of the Office of His Imperial Majesty was Ivan Manasevich-Manuilov, in the payment documents he was known under the pseudonym Sapphire. In the secret archive of the Ministry of the Interior of autocratic Russia, the voluminous case of the collegiate assessor (rank equal to the military rank of major) Ivan Manasevich-Manuilov has been preserved. On the cover is the inscription: “Top secret. Issuance to other production is not subject. Keep forever. ”


FROM THE JEWS - IN LUTERAN

Adventures and adventures, the main figure, and often the initiator of which was Manasevich-Manuilov himself, began in his youth. His father, Rabbi Todres Manasevich, was the organizer of an underground firm manufacturing and distributing fake postage stamps. Having made millions on this scam, he eventually landed in penal servitude in Siberia, where he soon died, leaving his only son Isyu to be an orphan. It is hard to imagine how the fate of a young and inexperienced youth would have been, for God's grace in the image of the wealthy Siberian merchant Fyodor Manuilov, who adopted and raised the youngster, did not fall on him. After the sudden death of Manuylova, Izya Manasevich inherited an 200-thousandth fortune — starting capital, which he skillfully used to make the way up.

After graduating from the Omsk real school, he moved to St. Petersburg, where he immediately accepted Lutheranism, turned into Ivan Fedorovich Manasevich-Manuilov, and chose for himself the free profession of a journalist. Bitter irony of fate! Yesterday’s Jew becomes an employee of the New Time magazine, famous for its anti-Semitism.

Handsome plump young man attracted the attention of well-known secular homosexuals. They showered him with gifts and money, drove him through shantan and nativity scenes, he soon developed a passion for luxury, reveling and reveling. Soon the young vyhrest enters the "Blue Club" of the northern capital and with the help of homosexuals, close to the court of his imperial majesty, enters the sovereign's service in the "Imperial Humanitarian Society", receiving the rank of collegiate assessor.

In the personal file of agent Sapphire, there is a memorandum, which reflects his character traits and business qualities: “Manasevich-Manuilov possesses outstanding mental abilities with developed logical thinking. Quickly grasps and understands the new. Educated, erudite, well-read. Fluent in German and French. Exceptionally dominant and overbearing person with pronounced leadership inclinations. Cheerful, cheerful. Self-confident and arrogant. Self-centered and moody to selfishness. Easily violates the rules of public morality and flaunts it. From the principle never speaks the truth. Prone to mummery and reincarnation. Able to use acting skills to the detriment of others. In the argument convincing, eloquent, able to impose their point of view on the opponent. In the behavior there is an unconditional orientation to success, in the choice of means to achieve it is illegible and treacherous.

The conclusion of the memorandum: the secret work is reliable and accurate, very enterprising. Can be used as a recruiting agent. "

At the direction of the security department, Sapphire left the “Imperial philanthropic society”, joined the Ministry of the Interior and was seconded to study at the Department of Clerical Affairs of Foreign Religions. To which the agent replied, as befits an exemplary adept: “I accept. Thank you. And no less than the verb. "

And again the whim of fate! Manasevich-Manuilov, being by blood and convictions an established adherent of Judaism, contrary to logic in January 1901, was sent to the Vatican, where he became a defender of Orthodox interests under the head of the Catholic Church. This is where he managed to grab god by the beard! There, in the center of Catholicism, participating in the solution of confessional problems, he at the same time developed vigorous espionage activities. Introduced into the newspaper Avanti! - An organ of the Italian Socialist Party, recruiting a mass of journalists as secret agents. One of the agents of influence that he held in touch was none other than the future dictator of Italy, Benito Mussolini. By the way, Mussolini already signed his reports with the pseudonym "Duce" (leader, leader).

“Comrades on arms»Believed that one gene prevailed in Manuilov - the gene of success. “Lucky,” they said, “god anointed, lucky tagged. There, where the other three times the forces are invested, but a little bit of service advance, he fells a shaft. ”

However, the leadership of the Security Department did not share these views, considering Sapphire to be exceptionally efficient, and therefore a prolific recruiting agent. Envious people hanged on Ivan Fedorovich dogs, and the authorities - the Order. And he favorably as the verdict of fate accepted both. The activities of Manasevich-Manuylov in the Vatican were highly appreciated, as evidenced by the awards he received: the Order of Leo and the Sun and the Order of St. Isabella.

Oscar Wilde shrewdly remarked: "To stay in high society, you must either feed, or entertain, or outrage people." Manasevich-Manuilov, with his boundless vanity and arrogance, liked the last setting - “to perturb”. A whole train of scandals follows Sapphire in the Vatican.

The security department, which highly appreciated Sapphire's skill as a secret officer, believing that he is one of the few who knows how to make an excellent huntsman from a “sly poacher,” was forced to transfer him from the Vatican to France. There he received from Paris General Rachkovsky the Paris residency of the Tsarist secret police.

In Paris, Manasevich-Manuilov turned into a real “bounty hunter”, but, as a spy was supposed to do, he hid behind a man’s screen with a dozen faces: libertine, hangman, player, brawler, bonivivan, intriguer and glutton. Successfully playing in a “foreign field,” he headed the newspaper Lazevue Russe, created with the money of the secret police, and engaged in the total recruitment of French journalists from various publications, in fact becoming head of the security agency's zakordonnoy. Yes, with such brilliance that in the personal file of agent Sapphire, an entry soon appeared: "The emperor most graciously deigned to rank collegiate assessor Ivan Manuilov to the nobility and welcome him to the Order of St. Prince Vladimir."

The use of the Lazevue Russe publication as a "roof" - the establishment of a cover-up and in the conduct of the exploration of tsarist Russia "active events" - disinformation, Saphira’s innovative abilities and his intriguing mind were revealed in full force. After all, before him, no one tried to do anything like that. Thus, Manasevich-Manuilova can reasonably be considered a pioneer in the individual methods of activity of modern special services.

There is no need to go far for evidence. Since the middle of 1960-x, the KGB and the CIA have skillfully used some of the tricks of Ivan Fedorovich. For example, pushing information that is beneficial to them into the public consciousness through the editorial offices of foreign newspapers and magazines bought in the budgeting in order to exert pressure on governments and business circles of foreign countries. And in terms of creating "roofs" for their intelligence officers, the State Security Committee among the special services of the planet was not equal. For example, structures such as the Press Agency “News, TASS, Soviet Peace Committee.

Having lived the turbulent life of the irrepressible brawler, the lucky spy and adventurer of the transnational caliber, Manasevich-Manuilov ended his earthly journey as an ordinary smuggler. In 1918, in the Vyborg region, he was shot by Russian border guards while attempting to illegally cross the Finnish border with a batch of gold jewelery made by Faberge.

Experts stories The special services of the world consider Alfred Redl to be the most effective Russian homosexual agent operating in Europe before the First World War. In his book “Spies of the early twentieth century,” the American historian Richard Rowan gave Redl the following characteristic: the post of chief of the Austro-Hungarian General Staff. "

Redl came from a poor and uncultured family, but was assigned to the headquarters of one of the most caste and inaccessible military institutions in Europe. To rise to such a height without protection, one had to possess outstanding abilities, endless diligence and unshakable ambitions. Until 1905, Redl was director of the Austro-Hungarian intelligence service, and the successful work in this post earned him the complete trust and recognition of the command of the Austro-Hungarian Imperial Army. There were legends about Redla that there are no secrets in Europe that are beyond the reach of the intelligence service he leads. In reality, these secrets were owned by Russian intelligence, for Redl served Russia, being all this time “between the chopping block and the ax”.

Colonel Redl was the largest mole in the history of world intelligence. In terms of position, productivity and duration of work, it can be compared with Taraeushnik Aldrich, who worked in favor of the USSR and the Russian Federation in 1980 – 1990 years.

Recruited Austrian Colonel Batyushin, resident of the royal military intelligence in Warsaw. Among his fellow scouts, he became famous for his reckless courage and adventurism, reaching recklessness. Once on the maneuvers of the German army, where Batyushin was present as an observer, he managed to pull a notebook from the pocket of the German emperor Wilhelm II. I photographed it and quickly returned it to its place, so cleverly that the Kaiser did not even have time to miss the loss.

Although Redl carefully hid his numerous connections among homosexuals from his superiors and colleagues, Batyushin, an experienced soul-catcher, knew this vicious passion of his colleague and opponent. It was on the vicious inclination of the object that the brave Russian intelligence officer played. Using blackmail and bribery, Batyushin made Redl of the first blue-mole in the history of Russian intelligence.

For Russia, he was the most expensive spy. In the last two years of his life, he acquired a huge estate near Vienna, a posh mansion in Prague, a dozen Arabian horses and six cars of the most prestigious brands. One of them Redl presented to his lover - a young officer of the Uhlan regiment Lt. Govor. He paid for 600 crowns on a monthly basis for love joys. In addition to the annual salary in 100 thousand crowns, which in 15 times exceeded his annual salary, Redl received money from Russian intelligence and for one-time successful operations. So, issuing to the operator Batyushin the plans of the Austro-Hungarian General Staff for an attack on Germany and Russia, Redl was encouraged by an astronomical sum of 100 thousand crowns for those times. He also received 300 thousand crowns from his Russian operator-employer for transferring the mobilization plans of the Austrian command to conduct operations against Russia and Serbia. The military action plan against Serbia, codenamed PLAN-3, was the pinnacle of the strategic thinking of the General Staff of the Austro-Hungarian Army. All the details of a possible war were indicated in the tables, diagrams, drawings and maps. But the most important thing was that it was impossible to change it radically. With all his attempts to remake the main features of PLAN-3, they remained the same. Detailed Serbian command awareness of PLAN-3 allowed tiny Serbia to withstand a gigantic Austro-Hungarian war machine for two whole years of war.

British military intelligence expert Edwin Woodhol wrote on this subject: “To the amazement of the whole world, the“ pocket ”Serbian army warned not one, but three invasions of the Austro-Hungarian army. Three times the forces of the Emperor of Habsburg applied various variants of PLAN-3, and three times Serbia not only repelled the onslaught, but also inflicted heavy blows on the invaders. ”

In his suicide note, Colonel Redl wrote: “Levity and passion destroyed me. I pay for my sins with my life. Alfred".

Ctrl Enter
Noticed oshЫbku Highlight text and press. Ctrl + Enter
We are
To the 300 anniversary of courier mail service of the Armed Forces of the Russian FederationSons of ivan
17 comments
Information
Dear reader, to leave comments on the publication, you must to register.