What is the reason for such a pitiable demographic state of the Russian people?

December 2 2013
196
What is the reason for such a deplorable demographic state of the Russian people, although relatively recently, with historical point of view, was our people one of the healthiest and fastest growing on the planet? Many researchers, especially those who are critical of the Soviet period in the history of the Fatherland, say that it is a matter of political and socio-economic disasters that fell to Russia in the first half of the 20th century. Indeed, the First World War, the 1917 revolution of the year, civil war and intervention, a big wave of emigration from Russia, red, white and green terror, two big famines, the Great Patriotic War claimed tens of millions of lives. Indirect losses, taking into account the unborn citizens of Russia - even higher.


As a result, researchers, admiring the “old Russia”, the Russian empire, seeing the ideal in it, accuse the Soviet authorities and the Soviet system of the fact that it was he who destroyed the Russian village (collectivization and disclosure), drove people to the cities (urbanization and industrialization). After 1917, a “mine” was laid on the Russian birth rate and family institution. In particular, in Russia, the first in the world to legalize abortion, abolished the church marriage, pushed people into extramarital cohabitation, liberalized divorce. Killing children is no longer a sin. Part of the Bolsheviks (the “Trotskyists”) generally proposed to abolish the family institution. The USSR in the years of NEP was overwhelmed by the first wave of the sexual revolution. Under Stalin, abortion was banned, but after his death was allowed again. In addition, industrialization and the growing role of women in society have undermined the housewife’s institution. Women were not up to the children. As a result, the country lost the year for 1920 to 2010 only because of abortions, according to estimates by the Director of the Institute for Demographic Studies Igor Beloborodov, about 240 million lives. This first led to a fall in the birth rate, and then an excess of mortality over the birth rate. Therefore, researchers conclude that it is the Soviet civilization that is to blame for the current demographic problem in Russia.

Obviously, the two geopolitical disasters that Russia experienced in 1917-1920 and 1941-1945 bore a serious blow to Russian demography. Russia has missed millions of people. However, it is obvious that this is not only the case. For example, in 1944-1945, during the war years, the birth rate in the country was higher than in recent years, rather well-fed and calm. Yes, and the population in the USSR is constantly growing. Thus, it can be said that, despite all the problems, the Soviet system cannot be blamed for undermining the demographics of the nation. Although in the late Soviet period there were already serious negative trends. This was due to the degeneration of the Soviet system, the party nomenclature, which eventually led to the collapse of the USSR. It is obvious that the problem of fertility is not connected with the Soviet system.

Thus, in the Russian Federation a significant part of the Soviet achievements was destroyed. Russia in 1991 experienced a third geopolitical catastrophe in the 20th century. In the economic sphere, capitalism was restored. In the spiritual sphere, the Christian church, Islamic organizations and other religious structures received complete freedom. Other attributes of “free Russia” have also returned. However, in the field of morality and demography, modern Russia shows much worse indicators than Soviet civilization. 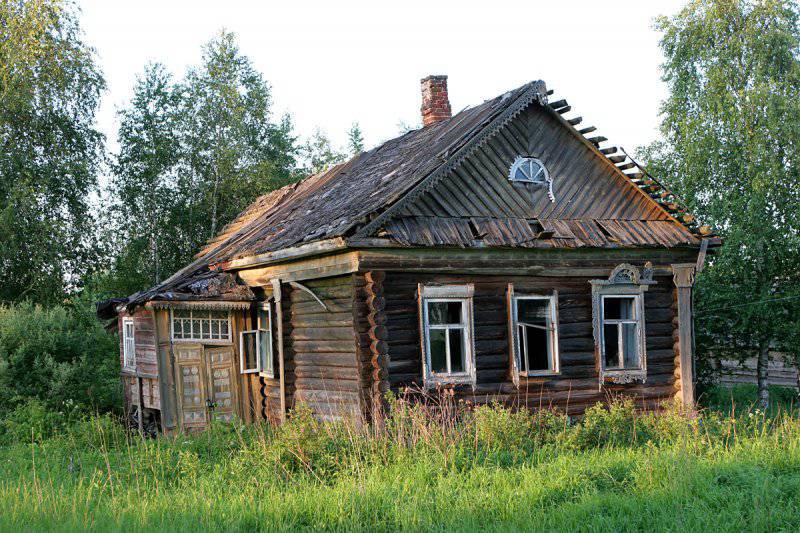 Other researchers say that The demographic crisis in Russia is associated with the so-called “white civilization” crisis as a whole. At the beginning of the 20th century, it seemed that white Europe, Russia and the United States would be the eternal leaders of the planet. Western civilization almost completely controlled humanity. Europeans controlled Latin America through finance and economics. Almost all of Africa and Asia were divided into colonies and spheres of influence. Huge India, with the inclusion of modern Pakistan and Bangladesh, was a colony of Great Britain. Decentralized China was a semi-colony, with decaying, corrupt central and local authorities, a dependent economy. The Ottoman Empire, the Islamic world as a whole, was under the control of the Western powers. Only Russia was an autocratic (sovereign) power, but it was, though special, but part of the “white world”. Economically, scientifically and technologically, Europe has become so detached from the rest of the world that the alignment of the development of individual regions of the planet seemed unthinkable.

At the beginning of the 20th century, the share of the European population in the global percentage was 25%, and taking into account the populated mainly by Europeans and their descendants by territories - 36%. Thus, the white race was more than a third of the world's population. The Russian Empire, as already noted in the first article on the subject of demography (Demographic problem as a threat to Russian civilization), was the third region on the planet in terms of population, second only to China and India. Over the course of a century, a demographic change has taken place, and the share of Europeans in the world has halved. In the future, according to experts, the share of Europeans in the global population will continue to decline. Demographic statistics show that while all of Africa, almost all of Asia, all of America, Australia and Oceania, continue to grow, in most European countries, as well as in Russia and Japan, the indigenous population continues to decline.

The demographic crisis has covered Europe in the second half of the XX century. Moreover, its consequences were felt by both the Catholic and Protestant countries, and the Orthodox, both economically developed, representing the “core” of the capitalist system, and peripheral states. The first wave of demographic crisis has covered the countries of the Old World. After the collapse of the USSR and the socialist bloc, the countries of Eastern Europe and the Slavic republics of the Soviet Union were in the worst position. In Russia, even appeared the terrible term “Russian cross”, meaning low birth rate and high mortality. The fertility rate, that is, the ratio of the number of women of childbearing age and children, has dropped below 1,5, and for the reproduction of the population, the coefficient 2,1-2,2 is required. A very difficult demographic situation in Northern Europe: in Germany, Sweden, Norway and Finland.

The main reason for the failure in the field of demography, as a rule, is called the so-called. the effect of a “demographic transition” when a transition from an agrarian to an industrial society occurs. Indeed, statistics say that in the 20th century, as urbanization increased, the reproduction rate of the population decreased. It is proved that the townspeople prefer to start no more than 1-2 children, that is, the urban population is not self-replicating. The housing issue, parental employment, high external pressure, lack of time - all this undermines the process of childbearing. In addition, experts pay attention to the factor of alcoholism. Stresses of the urban lifestyle lead to an increase in the consumption of alcohol and other drug addicts. All this leads to an increase in mortality. Experts even found a direct link between the increase in the level of alcohol consumption and the increase in mortality. Alcohol leads to an increase in mortality in a number of indicators, from cardiovascular diseases to injuries, death due to accidents, domestic homicides, etc. At the same time, the life expectancy of men, who are the main consumers of alcohol, decreases (especially this difference between men and women). was noticeable before). This is especially evident in large cities. So, at present, the share of the urban population is 74%. And the trend towards the growth of megacities and the reduction of rural settlements continues to gain momentum. It is believed that adverse demographic changes begin at a time when the share of the urban population in the country rises to 60%. Thus, if this theory is correct, then about 40% of the country's citizens should live in the countryside.

At the same time, opponents of the theory of urbanization as the main culprit of the demographic crisis of the “white civilization” cite as an example a number of interesting facts that are not well combined with this theory. So, the UK as a whole went through the process of urbanization by the middle of the XIX century. There, the peasantry was actually destroyed as a class. However, the natural population growth there continued along with the active colonization of other regions of the planet for more than a century. In Russia, urbanization reached the current level in Soviet times, but in the USSR the population grew until the collapse of the state. It did not prevent a high degree of urbanization and the rapid growth of the population of Argentina and Brazil, the largest Latin American countries. So, in 2008, 86% of the Brazilian population was urban. The country's population is growing rapidly: 1980 year - 122 million people, 1990 year - 151 million, 2000 - 175 million, now - more than 200 million people. The forecast for 2030 year - 222 million. In Argentina, 92% is the urban population. The population is growing rapidly: in 2001, there were 36,2 million people, in 2010 - 40,4 million people. A similar picture can be seen in Uruguay: the urban population is 92%, the population is constantly growing. In addition, we can note the growth of the urban population and large cities in many countries of the world, but at the same time their population is also growing. Thus, urbanization cannot be called the main reason for the extinction of the white race.

Ctrl Enter
Noticed oshЫbku Highlight text and press. Ctrl + Enter
We are
Results of the week. “And the Crimea of ​​the Fatherland is sweet and pleasant for us!”What is the reason for such a pitiable demographic state of the Russian people? Part of 2
196 comments
Information
Dear reader, to leave comments on the publication, you must to register.