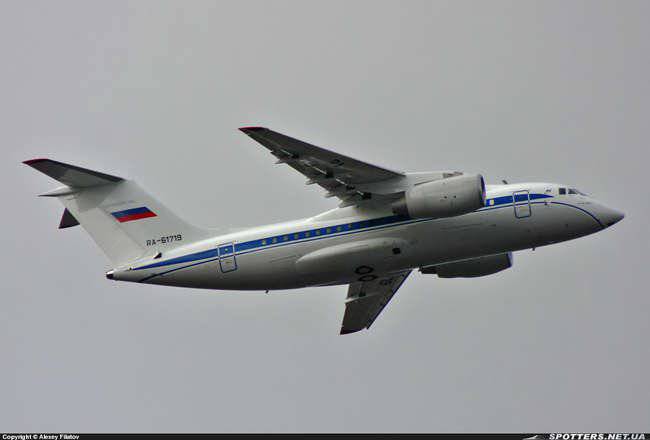 November 30 The first flight of the An-2013-148EA aircraft built by Voronezh Aircraft Building Company (VASO, part of UAC) for the Federal Security Service of Russia took place in Voronezh.

The November 30-launched aircraft with the 42-06 serial number was built in a three-class configuration and is intended mainly for the transportation of FSB senior management (for which there is a "Main Passenger lounge"). This board was the 20-m plane An-148 built by VASO, and the fifth aircraft of this type, raised into the air in Voronezh in the 2013 year.

Ctrl Enter
Noticed oshЫbku Highlight text and press. Ctrl + Enter
We are
The action “Military service under the contract is your choice!” In Rostov-on-Don: future contract servicemen, exhibitions and “Russian Knights”First An-148 for the Ministry of Defense of Russia
7 comments
Information
Dear reader, to leave comments on the publication, you must to register.