The difference in approaches

December 3 2013
22
To those who remember the times of the USSR, the phrase “Warsaw Pact” says a lot. I was fortunate enough not only to know him, but also to get to know one of the armies, a party to this treaty, namely the NNA of the German Democratic Republic (German People's Army of the German Democratic Republic). Not far from us tank NNA regiment, and I had the opportunity to visit them. 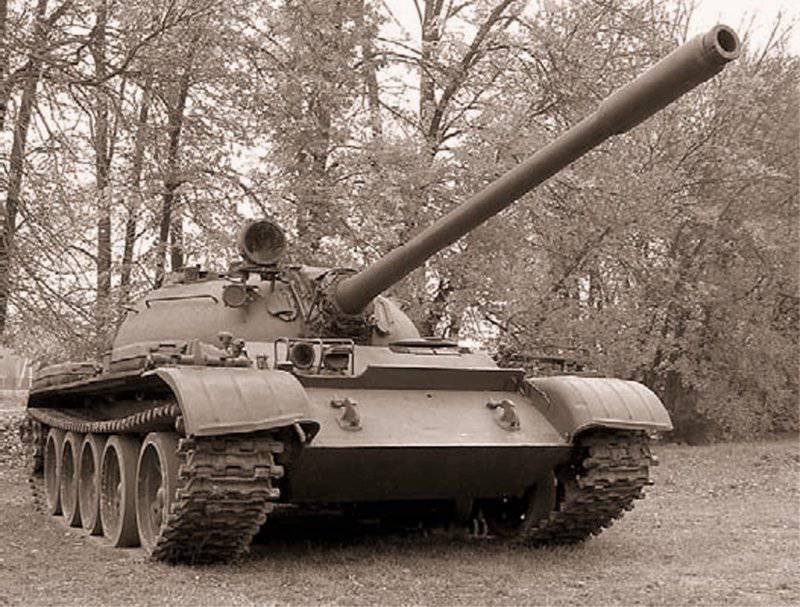 Our entire "tour" took place in the fleet of combat vehicles of this regiment. The first thing that caught my eye was that the hairstyles of all the NNA servicemen, so to say, were very far from our standards. Well, okay, the Germans liked to go with the “patla”, that's their business, the main thing is how they “organized and carried the service”. And here it was worth learning a lot.

In service "brothers arms»There were Czech-made T55 tanks. Then it caused some confusion, but over the years, having already had personal experience with this machine, I realized that the choice was right. And in my personal rating of “personal sympathy”, the T55 tank as a “balanced fighting machine” takes a solid third place, having missed forward the T80 family of tanks ... And the tanks produced in Czechoslovakia were, and it is fair to admit, better than tanks produced in any another country, including the USSR, was so equipped not only with many thoughtful trifles, but with good servo mechanisms, which greatly facilitated the work of the driver.

The regiment had a park day, and the crews served the tanks. They carried it out by the crews with the assistance of the forces and means of the repair company. Consider everything as written. Tank boxes were made of bricks and they were built on the basis of placing a tank company in two rows. The weather was wonderful, so the tanks left the boxes on rubber bands and the first stopped on the concrete platform, in the place where it was reinforced with railway rails, and the second row remained on the rubber band, resulting in a distance between the tanks, not even interfering with each other. Our question “why rubber bands are necessary?” Received an answer that in this way they try to preserve the integrity of the concrete pavement longer. I immediately remembered the concrete of our park, where the tracks from the tracks were already clearly visible ... I liked the organization of work very much, everything was done under the command of sergeant majors - tank commanders, each of them had a task sheet for the day, where those activities that the crew had to carry out on that day on the tank, indicating the time of work, were clearly and clearly stated Moreover, the officer who conducted the excursion paid special attention to the fact that the main task of the tank commanders is to perfectly observe the time frame of the process. When we expressed doubt about this possibility, since there is little that can be found when working with a tank, and the elimination may take more time, we received a clear answer - the crew’s task is to perform MAINTENANCE work, not repair. This was incomprehensible, so we asked: “But what about the repair?” The answer is simple to ugliness - specially trained and equipped people from the repair departments are obliged to do the repairs. Honestly, I still don’t know if this approach was right at that moment, then in the army, in particular, the repair of the tank was assigned to the crew. Although, of course, it is necessary to STRICTLY restrict who and where can "climb", so as not to harm. What basically happened in our army, especially with the advent of the T80 family of tanks with the CCD ... But the T55 was never considered to be a particularly complex machine, it really was a decent tank that embodied all the best from the experience of the Second World War, including high reliability and maintainability.

We continue the tour. SILENCE. No screams, no fuss, everything reminds of some kind of mechanism. Silently working, not running, from a tank further than the length of a bannik, not being removed and not in a hurry, I would say, they do everything with a certain "laziness". The necessary tool is taken from the ZIP boxes and, most importantly, having worked, put it in place ... It probably sounds ridiculous, but who served, he knows that we have been FAR wrong in this matter ... We begin to be interested, and who controls the process? We were shown a lonely "Feynrich" (ensign, in our opinion) in a suit and said: "Here is a senior company technician, he controls everything." Well, in our opinion, in principle, we also had “zampotekh” in parks, which were the main ones, but the “command” link always got its “piece of technical pie”, especially on “park day”. According to the “guide”, the platoon commanders will come to completion of the work in order to exercise control over the performance of work, and the company officer will do it only if he has this “planned”. We are interested in the question, but what will happen if some defect is found?

- The crew will be punished.

They explained to us that the range of punishments here is quite large, from a simple reprimand ... to a transfer to a "barracks situation". It turned out that all recruits are called up from settlements within a radius of no more than 100 km and have the opportunity every Saturday and Sunday, with the exception of days on duty and alarms, to leave the location of the unit with a mandatory return to 08.00 hours on Monday, and, most importantly, to those responsible could impose a fine. For us, of course, it all sounded like a “song from another life” ...

What is most interesting, the army of the GDR has always been considered one of the most combat-ready armies of the Warsaw Pact. And now, looking at all the changes taking place in our army, I see that we are in many ways approaching what was, for example, in the NNA. The only thing that I don’t like is that many “Heads” somehow understand this issue one-sidedly, not adhering to the “golden mean”: either “complete liberalization” or “complete deprivation of all benefits”, which means that there is no common understanding and inability to use levers of encouragement and punishment. This, apparently, must also be taught. And maybe it’s time to go to the creation of regional training centers, where recruits from this region of the Russian Federation will undergo intensive training during their annual service life, and then whoever wants to go to the contract, let them sign, and then the necessary additional training and upon its completion is sent to the units of constant combat readiness throughout the territory of the Russian Federation. With such a system, you can also send conscripts home for the weekend, which will very strongly remove issues with non-statutory relationships, as any manifestation of them will immediately be known to parents, and the soldiers will not feel separated from “life”. Here, of course, it is also necessary to drastically increase the level of control, but in the GDR army this could have been done, and how are we worse off?

Ctrl Enter
Noticed oshЫbku Highlight text and press. Ctrl + Enter
We are
A great interview with Sergey Lavrov: about Ukraine, Obama and IranWhat you didn't want to know about England
22 comments
Information
Dear reader, to leave comments on the publication, you must to register.