The end of the lie about the "super-weapon" 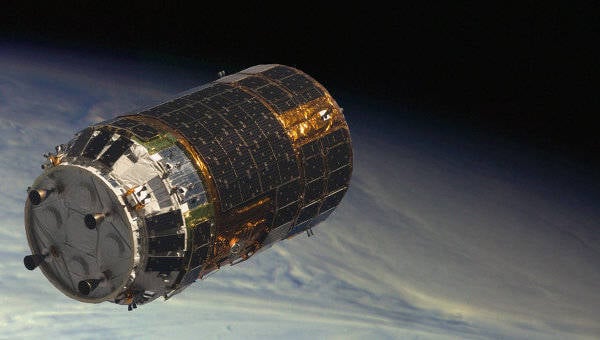 So often in recent years there has been a lie about “super-weapons"That the Japanese could not stand and stated - we are just starting to create what your technologically-lagging countries have allegedly been working for a long time.

Who are you, the Japanese are asking. You are technological technicians ...

Oranges will not be born from aspen, and therefore, it is easy to cope with technological lies: if a country does not produce components, computers, does not create new technologies - in communications (communications), aviation, computer science, is not able to use them for research in medicine, the creation of new types of materials - she is not able to create a "super-weapon."

There was a time when the Persians weekly created new rockets and anti-rockets, drones, planes.

Their characteristics are always the same - they are “no worse than” in the developed countries of the world, often “better”, and always “able to destroy the enemy in any part of the world,” not to mention that they, of course, reach the borders of Israel.

Iranian drones can even shoot down air-to-air missiles - this illiterate nonsense does not even want to comment.

The latest invention of Iranian lies - the drone is not worse than the United States, and they begin to mass production.

How? Not having a tooling?

The Persians do not care - it is enough for them to say something encouraging to their people.

And the December 2011 of the year was an encouragement for them, when the Americans lost their latest drone Lockheed Martin RQ-170 Sentinel ("Sentinel") over western Afghanistan.

Ironically, he fell into Iranian territory - fell in a forested mountainous area, “breaking his legs”.

Iran tried to extract maximum benefit from this state of emergency: first, a demonstration of the wounded Sentinel was held, and then it was announced that Iran would create the same plane.

Can Iran produce a copy of the drone? Not able to.

And not only Iran is not capable - no one is capable: a drone is miniature optics, electronic equipment and programs. PRO All this is not copied.

If someone is able to copy a high-tech weapon, that is unbeatable - an advanced aircraft, tank, telephone, computer, you can always buy.

Illiterate media said: all - the end of the Americans came to an end, their apparatus will now copy the Russian and Chinese.

It's almost 2, and where are the copies?

But Iran is not alone: ​​in the group of “technological liars”, all those who are not capable of creating modern weapons.

These are Turkey, North Korea, Venezuela, Syria, even China with its “best in the world” a tank».

In their set - rockets and drones that have become fashionable.

The USSR, in particular, was the ancestor of MANPADS - man-portable air defense systems designed for transportation and firing by one person.

The first samples of MANPADS were developed in the 1960-ies for the Egyptian army and were first used in hostilities in the 1969 year during the Arab-Israeli war.

But, as is known, neither MANPADS, nor tanks, nor Soviet-made airplanes, nor the Egyptians, nor the Syrians helped.

It was from that time, according to experts in the field of armaments, that Soviet weapons were no longer the best - both Americans, Europeans, and the Israelis themselves began to develop more effective weapons - based on new weapon technologies.

Today, the world leader in the overwhelming majority of weapons is the United States.

Israel is a leader in the creation and export of unmanned aerial vehicles, one of the leaders in avionics, equipment, small arms, tanks, radars, electronic protection systems, electronic intelligence and EW.

USA and Israel are competing today in the development of Stealth technology for unmanned aircraft.

This allows a large combat vehicle to be hardly noticeable in the radar, infrared and other areas of the detection spectrum.

When in one of the Russian TV reports, the commander of the newest installation, Triumph C-400, stated that he had shot down all the missiles and even stealth planes, including the pilotless, world gunsmiths at the exercises, smiled.

To shoot down stealth planes, special radars are needed.

Only the USA, Japan, Israel, Great Britain and France are capable of creating them.

There are no other countries on this list - and, given the technological level of countries, there can be no others.

With all due respect to the gunsmiths of Russia - stories Soviet and Russian weapons, the technological level of the country does not allow the creation of opposition systems Stealth technology.

Moreover, Stealth technology itself is moving forward - today it is not at all like the one that was first used by Americans a quarter of a century ago.

By the way, the author of the physical fundamentals of low visibility is the Soviet theoretical theoretical physicist Peter Yakovlevich Ufimtsev, who moved to live in the USA, where he developed the theory of diffraction of electromagnetic waves. The logical end of the lie about the "super-weapons" backward countries put Japan, announcing that she has started to create a radar for detecting subtle aircraft.

After this statement, you will not find a single piece of "technological lies" in the triumphant reports of the Losers countries.

After the world technology leader, Japan, which is not yet capable of detecting and destroying “invisible beings,” it became inconvenient to make boastful statements.

True, gunsmiths much confuses and in the statement of the Japanese.

In particular, they point out that the new radar systems will be aimed primarily at detecting possible Chinese unobtrusive air targets, in particular, J-20 type fighters.

But J-20 does not possess the properties of an invisible aircraft - except in the boastful speeches of the Chinese themselves.

The development of the Japanese led the Japanese air control system radars located on Miyako Island to 13 in December. 2012 failed to detect a Chinese reconnaissance aircraft flying over the Senkaku archipelago claimed by China and Japan.

And in September, 2013, a Chinese unmanned aerial vehicle was not detected that invaded the air defense system recognition zone of Japan.

Detect drones can only while American and Israeli radar.

But they will also be powerless before the new technology of stealth, which has already been developed and is being tested in the USA for aerodynamic aircraft and ballistic missiles.

I deliberately do not comment on the statements of the opponents of the United States that they are creating weapons that, supposedly, are capable of breaking through any defenses of the enemy, and even after 40 years they cannot cope with these missiles.

Those who are a quarter of a century behind the developed countries declare it, and they simply cannot assume what the US anti-missile systems and other leaders will be in 40 years.

Now, when you hear boastful words that someone’s weapon is "at the level of the best world standards" or even "has no analogues", smile ...

Ctrl Enter
Noticed oshЫbku Highlight text and press. Ctrl + Enter
We are
A great interview with Sergey Lavrov: about Ukraine, Obama and IranWhat you didn't want to know about England
183 comments
Information
Dear reader, to leave comments on the publication, you must to register.