Diplomatic preparation for intervention in Libya is well under way (+ survey) 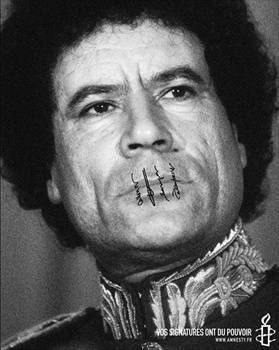 A diplomatic war began against Gaddafi. France and the United Kingdom began to seriously consider the possibility of air strikes on Libya.

France broke off diplomatic relations with Libya. According to Agence France-Presse, French President Nicolas Sarkozy March 10 announced that his country would recognize the National Transitional Council (NPS) formed in Benghazi as the only legitimate authority representing the interests of the Libyan people. Paris became the first European capital, which refused to recognize the legitimacy of the authorities in Tripoli.

In the evening, March 10 already Nicolas Sarkozy and British Prime Minister David Cameron in a joint statement called on the Libyan leader Muammar Gaddafi to step down.

In turn, Washington announced that it would soon send “civilian specialists” (apparently with a “military bone”) to the rebel-controlled east of Libya to assist Gaddafi’s opponents. In this case, the US administration emphasized that this is by no means a military intervention.

Paris and London have named several conditions for their participation in hostilities:

- Application of Gaddafi Chemical weapons against insurgents and air force strikes against civilians.

- Permission of the UN Security Council.

- Resolution of the League of Arab States.

- The request of the Libyan opposition for help.
There is no doubt that the Libyan opposition will call on NATO forces for help, the Air Force’s blows (most of which are a performance) are there, chemical weapons will be found. In Iraq, they even looked for nuclear weapons, although they did not find them, but the main thing was to occupy the country.

A wealth of Arab countries have already joined the Western world: the Gulf Cooperation Council, an influential organization uniting the oil-rich Arab monarchies of the region, has adopted a joint statement on the situation in Libya, Al-Jazeera reports. A document signed in Riyadh on the night of March 11 said that the member countries of the bloc refuse to recognize the legitimacy of the regime of Muammar Gaddafi. In addition, Kuwait, Bahrain, Oman, Qatar, the UAE and Saudi Arabia announced their readiness to establish ties with the Libyan National Transitional Council (NPS) operating in Benghazi. In addition, the oil monarchies promised to make every possible effort to end the bloodshed in Libya. In particular, they supported the establishment of a combat prohibition zone over this country. aviation. And for this, a limited military operation is needed to suppress the Libyan Air Force and Air Defense.

The organization condemned the "crimes against the civilian population" committed by the Libyan regime, and called on the League of Arab States (LAS) and the UN Security Council to immediately intervene. The Foreign Ministers of the LAS countries will gather to discuss the situation in Libya in Cairo on Saturday, March 12.

March 11 The leaders of the EU member states 27 demanded that Gaddafi give up power.

In fact, it remains only to “persuade” China and Russia, although it is clear that they can do without their permission.

China expressed its position in an article published by the Deputy Director of the Division for Western Asia and Africa of the Institute of Contemporary International Relations of China Tang Zhichao on Monday in the People's Daily, “Is Libya a Second Iraq? “The Chinese government calls for the use of dialogue and other peaceful means to resolve existing issues, while respecting the sovereignty and territorial integrity of Libya. The PRC speaks of the need to fully listen and respect the opinions of Arab and African countries. ” As is known, such publications in the main newspaper of the People's Republic of China are an established way of expressing the official position of the Chinese leadership.

Russia should support the position of the PRC on non-interference in the internal affairs of Libya. Gaddafi has every right to suppress the separatists and restore order in the country.