December 2 2013
10
In Sweden, 60 years ago, as part of the creation of the J-35 Draken fighter, an unusual experimental aircraft was developed and built, designated SAAB 210 Lill-Draken. SAAB-210 Draken was a 1: 10 flying Draken analogue. This car was the first aircraft in the world to fly with a double-swept wing, which in the 1950-s. was a novelty. SAAB-210 played a crucial role in the subsequent success of Draken. 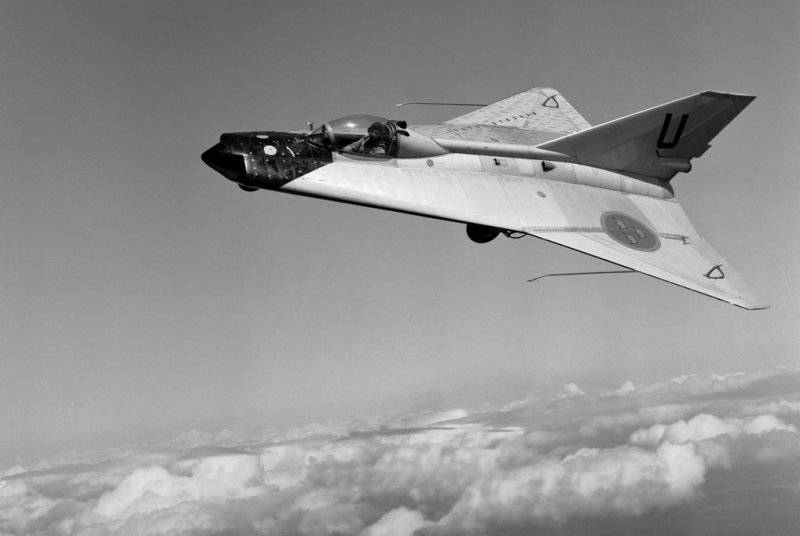 In 1949, the Swedish Air Force (Flygvapen) published requirements for an interceptor aircraft designed to replace the SAAB J29, which made its first flight the previous year. The new aircraft was designed to provide air defense. The main objectives were to be bombers, and this required horizontal flight speeds within Mach 1,4-1,5 (later this range was increased to Mach 1,7-1,8), a high climb rate and the ability to operate from the same altitudes as J29.

The chief designers of the company, Eric Bratt and Lars Brising, came to the conclusion that to meet these conditions, the best results would be given by using the tailless scheme with a thin triangular wing having a small elongation. It was necessary to create a plane, light in design, with a small load on the wing and low wave resistance. The designers decided to install a variable sweep wing on the aircraft. The angle of inclination at the base of the wing was about 80 degrees, and about half the span it decreased to 57 degrees. This form of wing was called "double delta". A double swept wing has more advantages than disadvantages. It is in comparison with the triangular has a greater lifting force on the landing of the aircraft. The main source of lift at subsonic speeds are the outer parts of the wing. An elongated root at supersonic speed begins to generate a force upward, thereby keeping the aerodynamic focus from shifting backwards. The main disadvantage of such a scheme is the complexity of manufacturing. 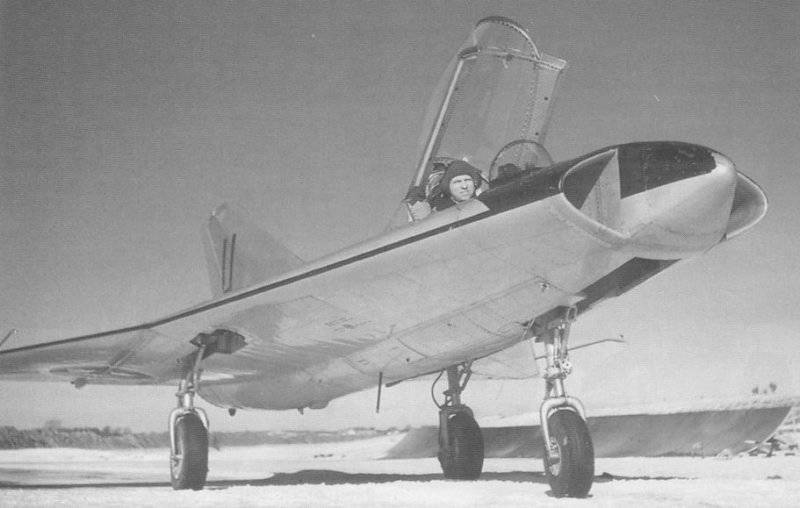 However, the designers were faced with a quite expected and rather difficult problem: no one had built flying vehicles with such a wing shape until that moment. Of course, all theoretical calculations showed that this form is ideal, but it is impossible to do without experiments. Tests in a wind tunnel showed the advantages of this configuration, which was confirmed at the smaller Draken, dubbed SAAB 210 Lill-Draken. In August, 1951, the car was ready.

Despite its relatively small size, the SAAB 210 Lill-Draken was quite a decent jet aircraft, with an Armstrong Siddeley Adder engine (467 kg thrust), which can reach speeds up to 650 km / h. Saab 210 was used to fully study the characteristics of the deltoid wing, test the performance during flights at low speeds, and test other design assumptions before starting to produce a full-scale prototype. The entire upper surface of the wing was covered with flaps of cloth to visualize the process of wrapping. The small size of the airframe caused some of the design features of the aircraft. For example, the designers were able to implement only partial cleaning of the chassis, there were no landing gear louvres. Also, small dimensions affected the flight range, since he could not take a large amount of fuel on board. Since SAAB 210 was still an experimental aircraft, it was not insured against accidents and accidents, so the aircraft was equipped with an ejection seat (but it was not useful).

Ground tests of an unusual aircraft began in November, and he made his first flight on 21 on January 1952. The pilot was Bengt Olov (Bengt Olow). The duration of the first flight was no more than 30 minutes. In just four years of testing, SAAB 210 Littdraken performed about 1000 flights. During the period from 1952 to 1955, all theories were tested on this aircraft. The results obtained during the test gave valuable data for the development of the SAAB 35 Draken fighter. 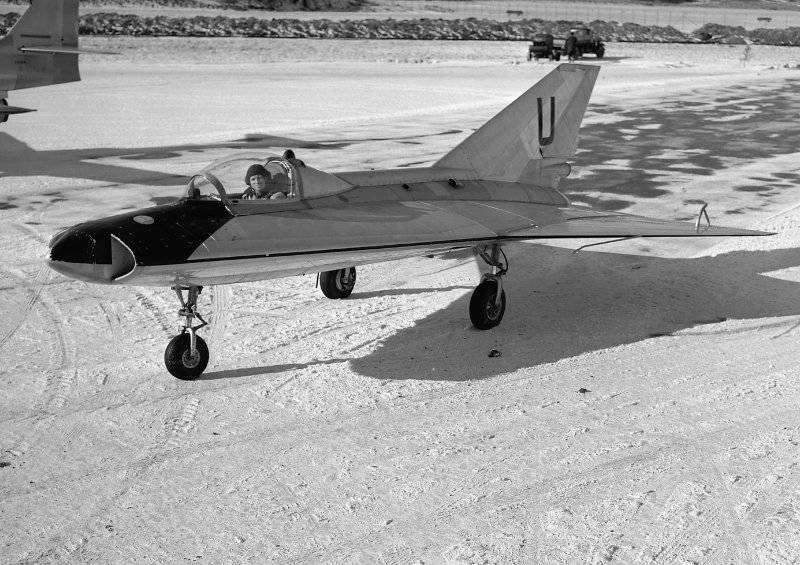 The appearance of the SAAB 210 Littdraken in the creation process has changed three times. Changed the design of the wing and the configuration of air intakes. During the research and development work, it was found that the length of the air intakes of the first prototype is redundant. Modifications with shortened air intake ducts have been assigned the designation SAAB 210B. In this modification, a radar was placed in the fairing in the fairing. At the same time, the dimensions corresponded to the future real fighter radar station. The area of ​​the wing slightly reduced. This machine has survived to the present day and is an exhibit of the Museum of the Swedish Air Force in Linköping. By the 1955, the future SAAB fighter received a fully formed look. By this time, all subsonic studies have already completed.

Ctrl Enter
Noticed a mistake Highlight text and press. Ctrl + Enter
We are
Chinese fighter-bomber JH-7 "Flying Leopard"An-12 in Afghanistan
10 comments
Information
Dear reader, to leave comments on the publication, you must to register.