December 2 2013
42
In the late eighties, the heavy flamethrower system TOC-1 was adopted, later called Buratino. The new combat vehicle was a volley fire system on a tank chassis, armed with special missiles with a detonating warhead. The unguided rockets of the first model allowed destroying targets at a distance of no more than 3600 meters, which significantly reduced the combat potential of the system. In 2001, the renewed TOS-1A “Solntsek” complex entered service with the Russian army. The upgraded flamethrower system received new missiles with a range of up to 6 kilometers. The architecture of the heavy flamethrower systems TOC-1 and TOC-1А makes it possible to upgrade them again, enhancing the combat characteristics. 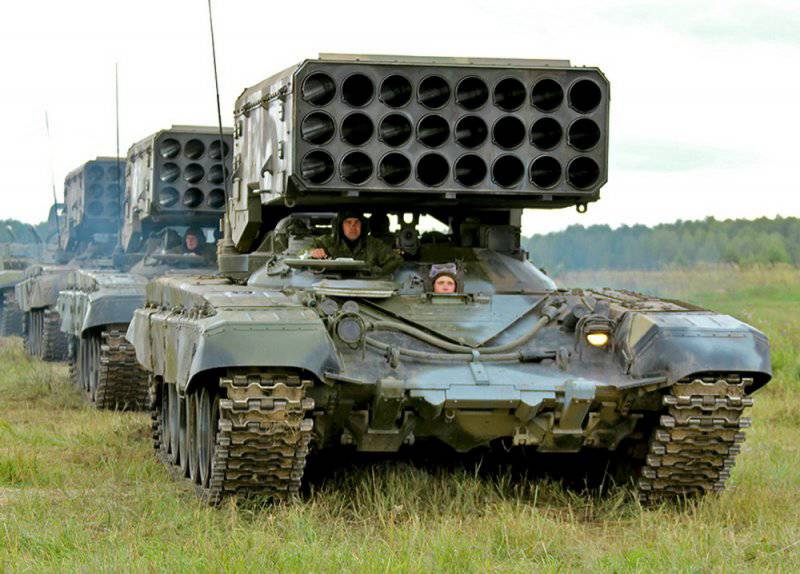 A few days ago, the Moscow NGO Progress published information about its technical proposal regarding the modernization of existing TOC-1 combat vehicles. During the modernization, it is proposed to equip flamethrowing systems with a number of new equipment designed to facilitate the work of the crew and improve the accuracy of shooting. It is supposed to increase the effectiveness of combat work with the help of new navigation equipment and topographic-geodetic binding of the launcher.

NPO Progress proposes to equip combat vehicles TOC-1 and TOC-1А with the ABAK-KTNTS system (the exact interpretation of this designation is unknown), which includes several sensors and data processing equipment. It is claimed that the use of this complex will make it possible to make a reconnaissance-strike complex out of a heavy flame-thrower system capable of independently carrying out combat missions without using outside help.

The basic element of the ABAK-KTNC system, ensuring its operability, is the inertial measuring unit. It should be installed on the launcher of the combat vehicle and track its position. Inside the armored casing is placed several accelerometers designed to determine the position of the launcher. It is argued that the inertial measuring unit provides topoprivity with an accuracy of up to 0,7 graduations of the protractor. 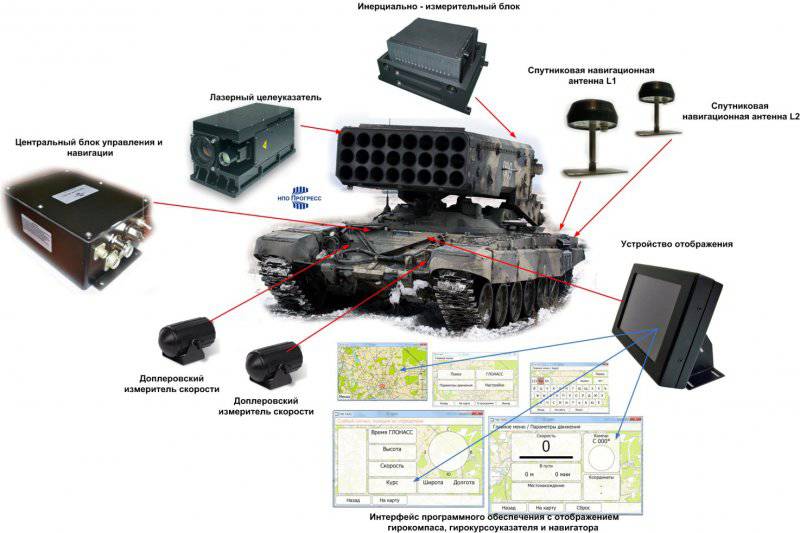 To improve the accuracy of firing, a laser rangefinder with a measurement accuracy of up to 10 meters is included in the ABAK-KTNTS system. Another way to ensure accurate and heap shooting is to use a set of sensors and actuators associated with the launcher. During a volley, the ABAK-KTNTS system automatics is able to monitor the frequency and amplitude of oscillations of the guide pack. Depending on the value of these parameters, the central control unit sends the appropriate commands. The ABAK-KTNC system can change the interval between rocket launches or control the shock absorbers, while maintaining the desired position of the launcher.

An important feature of the new development of NPO Progress, which enhances the fighting qualities of flame-throwing systems, is the possibility of autonomous orientation of the terrain with great accuracy and topo-binding. It is alleged that this will allow the combat vehicle to continuously monitor its location and display information on the color screen at the commander’s workplace. After receiving data on the location of the target, the commander can calculate the optimal firing position, the direction of approach to it, as well as the guidance angles. Thus, the constant operation of navigation systems can significantly reduce the time to prepare for shooting due to the lack of need for complex and lengthy procedures for determining the coordinates and topographic location.

The ABAK-KTNC system also allows you to leave the position as quickly as possible and not to fall back on enemy fire. After leaving the position, a combat vehicle equipped with a new complex of radio-electronic equipment can quickly prepare for a new shooting.

The new project NPO Progress provides a significant acceleration of the combat work of the modernized TOC-1 vehicle, which positively affects its survivability. In the light of a relatively short firing range, the ability to quickly leave the firing position is an important and necessary feature of the project. Another interesting feature of the proposed modernization of combat vehicles is updating only the composition of electronic equipment without any major design changes. Thus, the installation of the ABAK-KTNTS system makes it possible to relatively quickly and simply improve the combat capabilities of the TOC-1 family of vehicles.

The project of modernization of heavy flame-throwing systems, created by NPO Progress, so far exists only on paper. When the proposed system will be installed on combat vehicles is unknown. In this regard, the prospects for a new radio-electronic system remain hazy. However, the stated capabilities of the modernized TOC-1 machines look interesting and promising, which may contribute to the continuation of work with the subsequent construction of new combat vehicles or the modernization of existing ones. 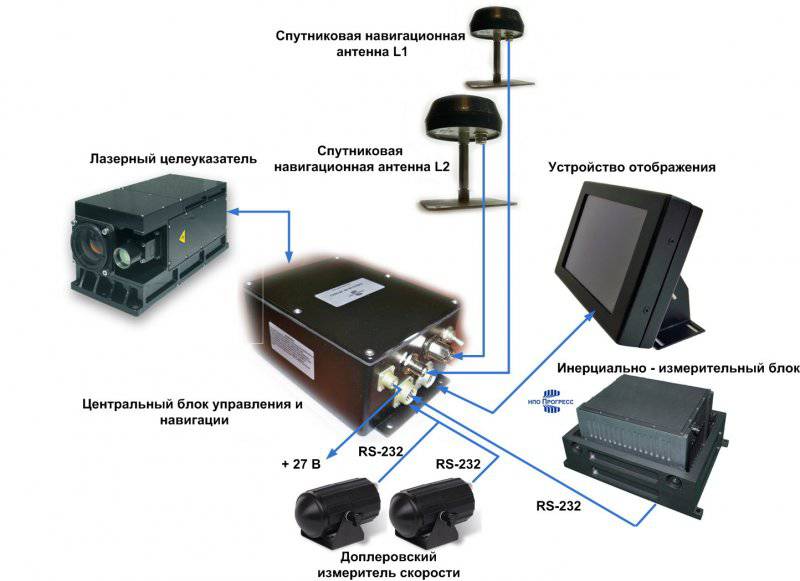 The composition of the product ABAK-KTNTS

Ctrl Enter
Noticed a mistake Highlight text and press. Ctrl + Enter
We are
"Buratino" and "Sunlight". Quantity question"Sun" is not needed?
42 comments
Information
Dear reader, to leave comments on the publication, you must to register.