In Damascus, terrorists again fired at the Russian embassy, ​​in Idleb the University was shelled 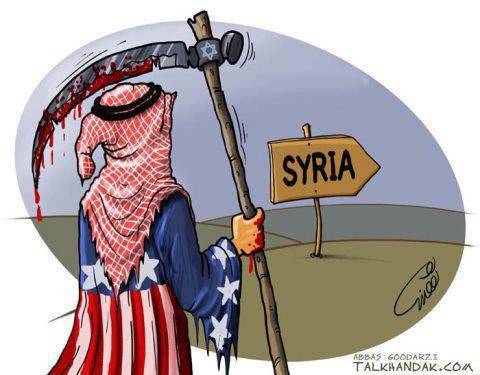 On November 28, the building of the Russian embassy in Damascus was again subjected to mortar fire from terrorists. One shell hit the territory of the embassy, ​​another exploded close to the fence. One citizen of Syria was killed, nine were wounded, including Syrian security officers.

“The mortar attacks that have recently become more frequent by the militants of the central part of Damascus, including the territory of the Russian embassy, ​​are perceived with indignation and strong condemnation. We regard them as acts of terrorism, the perpetrators of which, and those who encourage and direct them, must be punished”, said in a statement on the website of the Russian Foreign Ministry.

This is not the first attack on the Russian embassy by terrorists. 4 of June of this year caused several passers-by to die by terrorists in the Al-Mazraah quarter, including the embassy building, and on September 22 three employees of the diplomatic mission were injured as a result of a similar crime.

This time, the UN Security Council promptly condemned the shelling, qualifying it as a terrorist act, and called for bringing the perpetrators to justice. The UN Security Council stated that "terrorism is one of the most serious threats to international peace and security, and terrorist acts are crimes that cannot be justified regardless of their motives, place, time or perpetrator."

What is surprising - even the United States verbally condemned the attack. Jennifer Psaki, the head of the US State Department press service, said: "The United States condemns the shelling that affected the Russian Embassy complex in Damascus and expressed concern that there were dead and wounded as a result of this incident."

It turns out that the number of crimes by militants already passes a certain “red line”, beyond which even their owners and sponsors are sometimes forced to make statements condemning these atrocities. But only sometimes.

Unfortunately, most of the killings and violence of the so-called “Syrian opposition” remain unjustified.

On the same day, a number of residential districts of Damascus - Al-Adawi, Al-Amar, as well as Abed Street and the Abbassiin Square area - were subjected to similar mortar shelling. Eight Syrians were injured, property damage was caused to apartments, cars, shops.

At the other end of Syria - in the town of Idleb, gangsters also carried out shelling of the University. One student and a passing citizen were killed, 17 young people were injured.

Against this background, the condemnation of the shelling of the Russian Embassy by the United States looks even hypocritical. Moreover, the American media continues to wage an information war against both Damascus and Moscow.

The most striking example of this was censorship by CNN, which, in a very convenient way for the US authorities, “cut” an interview with Russia's special representative to the UN, Vitaly Churkin. The management of the American TV channel explained this step with the alleged need to meet the allotted timeframe. But in fact, it turned out that the most acute interview fragments concerning Syria turned out to be “discarded”.

In particular, Churkin said: "The reality is that many Syrians - most of the population of Syria - support the president of Syria, and this must be taken into account." But for the US, this idea is unacceptable, they do not want to reckon with this reality, going contrary to their projects.
In addition, the Permanent Representative of the Russian Federation to the UN said that the preliminary conditions put forward by the Syrian "opposition" before the beginning of the conference in Geneva are unacceptable.

While the opponents of Syria, led by the United States, are trying to use for their political purposes the difficult humanitarian situation that has developed as a result of what is happening, Churkin in his interview pointed out that it is the terrorists who specifically create obstacles to the evacuation of residents from dangerous areas. He recalled that the Syrian government is trying to evacuate people, but the “opposition” groups did not allow it. “It is interesting to note that when people leave the combat zone, they leave for the territory controlled by the Syrian government. It says a lot about who the population expects to receive humanitarian aid from, ”the Russian diplomat said. These words also turned out to be “seditious” and were cut out.

Then, after a diplomatic scandal associated with this episode, CNN TV channel published the full version of the interview on the site. But it is clear that the site has a significantly smaller audience than viewers watching the broadcast.

In Syria itself, despite mortar attacks, life goes on. On November 27, President Bashar Al-Assad held telephone talks with his Iranian counterpart, Hassan Rouhani. The conversation was initiated by the Syrian side.

The head of Syria congratulated Rouhani and the entire fraternal people of Iran with diplomatic success - an agreement reached with a group of six countries on Tehran’s nuclear program, which recognizes the right of the Iranian people to use atomic energy for peaceful purposes.

He noted that the success of Iranian diplomacy was the result of the steadfastness of the leadership and people of Iran and its firm position in upholding the country's sovereignty. The agreement confirms the right of developing countries to use nuclear energy for peaceful purposes. It also strengthens Tehran’s position in the regional and international arena. The president added that this will also have a positive effect on Syria, since the countries closely interact with each other.

In turn, Rouhani reaffirmed that Iran supports Syria, stands on its side in the fight against terrorism. He expressed confidence that in the near future the world will return to the Syrian land.

As if to confirm this, in the morning of November 28 came good news - the Syrian army freed the city of Deir-Atya from Damascus and Homs from terrorists. At the same time a large number of bandits, including mercenaries from other countries, were destroyed. The servicemen continue counter-terrorist operations, crowding terrorists in the adjacent territories, in order to restore traffic along the Damascus-Homs highway.

In a statement on the matter, the High Command of the Army and the SAR Armed Forces emphasized: “The crimes of terrorists and their accomplices will not affect the army’s determination to pursue gangs until they are completely eliminated throughout the country.”

It is a pity that they did not return the civilians and soldiers who defended the city who were already killed by the bandits with incredible cruelty. Including - doctors and nurses of the hospital, which "oppositionists" coolly cut the throat. It is a pity that the atrocities against the innocent citizens of this small town remained unconvicted by the UN Security Council.

Ctrl Enter
Noticed oshЫbku Highlight text and press. Ctrl + Enter
We are
Geopolitical mosaic: the media write about the plans of the Israeli special services to eliminate Obama, the Pope called capitalism a tyranny, and the Tajiks invaded UzbeksInformation war against Syria continues
33 comments
Information
Dear reader, to leave comments on the publication, you must to register.