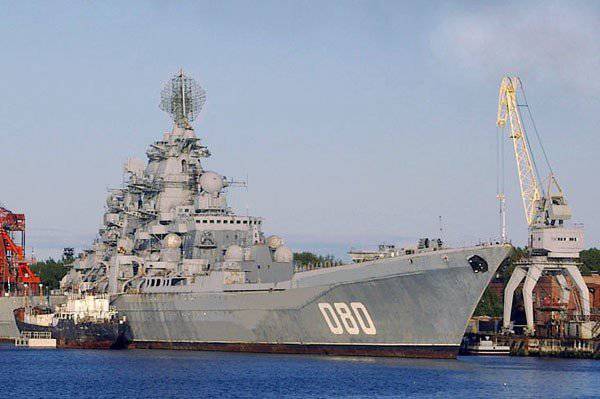 According to Interfax-AVN, the modernization of the nuclear-powered missile cruiser Admiral Nakhimov will make it possible for the Navy to introduce a modern rocket ship already in 2018-2019, and at a price slightly higher than the planned cost of the new destroyer.


This is stated in the report of the Expert Council of the Chairman of the Military-Industrial Commission under the Government of the Russian Federation, which was distributed at the All-Russian Forum “Shipbuilding and Shipping of Russia: New Solutions and Economic Efficiency” which opened on Thursday.

“In case of success of this project, the modernization of other cruisers of the Soviet construction projects 1144 and 1164, including the Admiral Lobov cruiser in Ukraine, can become quite sensible,” the report’s authors believe.

As for the surface ships of the new generation, then, in their opinion, the main problem lies in the complexity and high cost of finishing the promising projects of the corvette (20385 project), the frigate (22350 project), and also the development of the project of the promising destroyer.

Ctrl Enter
Noticed oshЫbku Highlight text and press. Ctrl + Enter
We are
"Admiral of the Fleet of the Soviet Union Gorshkov" of the 22350 project - transition from St. Petersburg to KronstadtModernization of 1144 cruisers. Unanswered Questions
41 comment
Information
Dear reader, to leave comments on the publication, you must to register.