November 30 2013
33
Recently, any information in the press and on television about new weapons systems has been accompanied by the terms “prospective”, “based on new principles”, “next generation”. Speaking about new aircraft, they mention the fifth generation, promising Tanks - it means a speech about the fourth generation. The number designating the generation in this case is not abstract, each new generation differs significantly from the previous one in the main parameters characterizing the object in question. 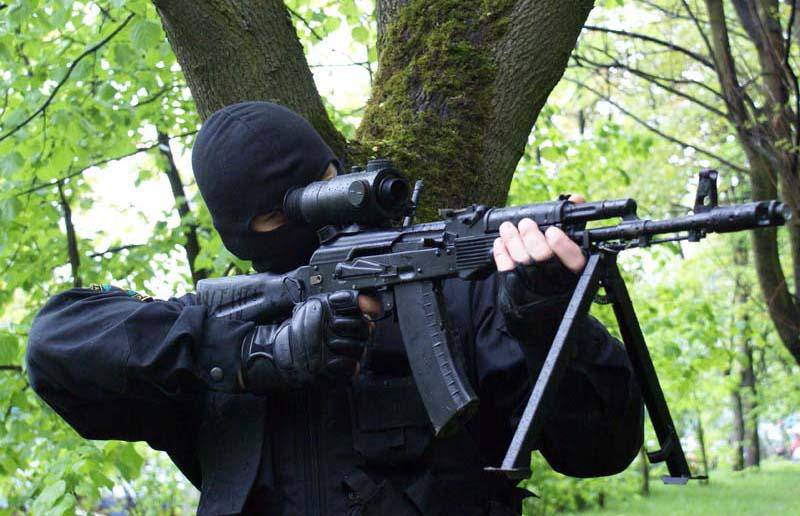 If we talk about tanks as an example, then the second-generation tanks differed from the first in the presence of the main armament stabilization systems, mechanical stabilizers, protection from weapons mass destruction, the presence of night vision devices, etc. The third generation is characterized by the massive use of integrated weapons control systems, thermal imaging systems, an increased caliber of the main weapon [1].

The transition from generation to generation is due to significant progress in a particular area of ​​science and technology associated with the object in question. Since in this paper we will focus on the appearance of a perspective sight for small arms, it is necessary to determine the basic terms.

According to the definition of the Ozhegov [2] explanatory dictionary, a sight is “a device, a mechanism for aiming a firearm or a missile at a target.” The Internet portal Glossary.ru [3] defines a rifle scope as “a device or a device: for aiming weapons at a target, for observing a battlefield, for selecting a target”.

There is no particular difficulty with the definition of the term “promising”, Ozhegov writes: promising - able to successfully develop in the future.
It should be noted that the models of basic types of weapons currently being developed are referred not only to improved ones, but to samples of a new generation. Then, perhaps, it is important to talk not only about the perspective sight for small arms, but about the sight of the next generation? What generally can be said about the generations of rifle sights?

Considering the above example with generations of tanks, it is easy to see that each generation is characterized by a number of scientific and technical innovations inherent in their level of development of technology. It should be noted that the transition from generation to generation is recorded not with the usual improvement of the characteristics of the object in question, but with the appearance of qualitatively new ones. The emergence of new qualities in the developed technology is most likely when using advanced technologies, the mass appearance of which is observed when changing the technological patterns of development of society.

Technological structure - a set of technologies characteristic of a certain level of development of production; in connection with scientific and technical-technological progress, there is a transition from lower orders to higher, more progressive [4].

Technological structure - a set of technologies characteristic of a certain level of development of production; in connection with scientific and technical-technological progress, there is a transition from lower orders to higher, more progressive ones. Technological order encompasses a closed reproduction cycle from the extraction of natural resources and professional training of personnel to non-productive consumption. As part of the TU, there is a closed macro-production cycle, including the extraction and production of primary resources, all stages of their processing and the production of a set of final products that satisfy the appropriate type of public consumption.

According to Kondratieff's theory of long waves, the scientific and technological revolution develops in waves, with cycles of about fifty years. There are five technological structures (waves).

The first wave (1785-1835) formed a technological structure based on new technologies in the textile industry, the use of water energy.

The second wave (1830-1890) is the accelerated development of transport (railway construction, steam shipping), the emergence of mechanical production in all industries based on the steam engine.

The third wave (1880-1940) is based on the use of industrial energy, the development of heavy engineering and the electrical industry based on the use of rolled steel, new discoveries in the field of chemistry. Radio communications, telegraph, cars were introduced.

The fourth wave (1930-1990) formed a structure based on the further development of energy using oil and oil products, gas, communications, and new synthetic materials. This is the era of mass production of cars, tractors, aircraft, various types of weapons, consumer goods. Computers and software for them, radar, appeared and widely spread. The atom is used for military purposes and then for peaceful purposes.

Today, the world is on the verge of an 6 technological set-up. Its contours are only beginning to take shape in the developed countries of the world, primarily in the USA, Japan and China, and are characterized by the focus on the development and application of biotechnology, nanotechnology, genetic engineering, membrane and quantum technologies, photonics, micromechanics, and thermonuclear energy. Synthesis of achievements in these areas should lead to the creation of, for example, a quantum computer, artificial intelligence, to provide a way to a fundamentally new level in the systems of government, society, and economy.

According to forecasts, while maintaining the current pace of technical and economic development, the 6 technology will enter the distribution phase in 2010 – 2020, and in the maturity phase - in 2040. At the same time, in 2020 – 2025, a new scientific, technical and technological revolution will take place, the basis of which will be developments synthesizing achievements in the aforementioned basic technologies. [7]
Generations of rifle scopes.

Today we are witnessing the beginning take-off of the sixth technological order and the “saturation” of the fifth order. It is with these events that one can associate the change of generations of combat aircraft and tank vehicles. Let us try to extend the theory of technological order to rifle sights and try to single out their generations (the author would like to note that the division is rather conditional, a clear division into generations is beyond the scope of this article).

The first and most common sighting device is an open mechanical sight. Its origin goes back centuries, and now it is equipped with all types of small arms. It consists of a fly, located in the muzzle of the trunk, and the rear sight, located in its breech. The line of aiming is a straight line passing through the groove of the rear sight at the level of its horizontal cuts and the top of the front sight. Open mechanical sight in our division belongs to the first generation.

In the middle of the 19 century, the second technological order begins, the second wave of scientific and technological development. This could not but affect such an urgent issue as aiming. Optical (telescopic) sight was successfully used during the American Civil War in 1861-1864. Colonel Khayremu Berdan, who later became the inventor of the famous rifle, who had been in service with the Russian army for more than twenty years, first came up with the idea of ​​creating a special unit of the best shooters for action in the near rear of the enemy [8]. In 1882, Eugen Turnov in Berlin creates the first specimen telescope suitable for use in hunting practice. The company Kahles in 1900, the year creates and begins production of telescopes. Riflescopes for small arms are widely used on the battlefields of World War II, they are equipped with snipers of the opposing sides. Optical (telescopic) sight we assign to the second generation of sights.

The innovations of the third technological order had little effect on rifle sights and did not lead to revolutionary changes, but by the middle of the fourth mode electronics were developing rapidly, rather compact electron-optical converters appeared, the third generation sight appeared on the scene. For small arms begin to use night optical sight with the image intensifier, holographic sight, collimator sight. Illumination of the reticle, luminous elements of the brand are widely used.

The fifth wave of scientific and technological development has created a fourth-generation rifle scope. The fourth generation sights are based on TV cameras, including low-level, thermal bolometers, and LCD and OLED microdisplays are widely used as display devices. Sights are supplied with automatic input devices of amendments, ballistic calculators, integrated range finders, sensors of weather conditions, weapon blockage, counters of shots, etc. In connection with the widespread use of multispectral channels, computer equipment, separation of channels of aiming and sighting, often, the fourth generation should be referred to as an aiming complex.
We got acquainted with technological ways, made a certain division into generations of sights, so to speak, systematized the past. But the future is ahead, the sight, or rather the aiming complex of the fifth generation, the steps to create which need to be done today. What is remarkable, what is characterized today? We are in a recession of the fifth technological order, armed with its knowledge and technology, and we are witnessing the start of the sixth lifestyle. This means that the promising fifth-generation riflescope must be built on the basis of already known technologies with a focus on the technologies of the future.

Consider the arsenal, given to us by the fifth order and suitable for creating a promising aiming complex: undoubtedly, multi-spectral technology, the use of ballistic calculators and entering corrections, separation of aiming and sighting channels, positioning (satellite), identification of others or others, network integration, wideband data exchange.

Based on the foregoing, we will formulate the requirements that a prospective target sighting system for small arms must meet:
1. Intelligent automation. The complex should provide automated input of corrections, indication of service information, changes in optical and mechanical parameters (optical zoom, control of reference, antenna or devices providing ergonomics).
2. Information metrological saturation. The complex must contain in its composition the measuring instruments necessary for the formation of amendments, positioning, as well as the information support bank.
3. Multispectrality. Integration of multi-channel channels.
4. Netcentricity. The ability to receive and transmit over the network video and service information.
5. Sneak application. A masking of the use of measuring instruments and communication channels should be provided.

Almost all of the above requirements, to varying degrees, are used in sighting complexes of the fourth generation, therefore it should be noted that the defining features of the fifth generation sights are network centricity and secrecy of use. Under the stealth application means the masking or rejection of radio communication channels, the transition to optical channels; restrictions on the use of laser rangefinders (due to the widespread use of night vision devices and radiation sensors), the transition to a different spectral range and the spread of passive ranging methods.
These requirements can be considered in the list for the development of modern perspective rifle sights and sighting systems, in the formation of new ideologies of their design.

Ctrl Enter
Noticed oshЫbku Highlight text and press. Ctrl + Enter
We are
Thermal Sight IT-615With an eye to the future! Optical and optoelectronic devices FSUE "ON Refinery"
33 comments
Information
Dear reader, to leave comments on the publication, you must to register.