How the Russians saved Shevardnadze

November 30 2013
42
From the editorial board of “Valiance”: this is the story of a direct participant in the hostilities in Abkhazia and in Western Georgia, when E. Shevardnadze was its president. At that time, the hotbeds of interethnic conflicts that were tearing apart the former Soviet republics had not cooled. A small excursion into the recent history can show for the modern man in the street from an unexpected point the events in the Transcaucasus, which preceded the present-day relations between Russia and its southern neighbor.

In early January, 2000, Tbilisi appealed to Moscow with a request to immediately begin negotiations on an agreement reached in November on the withdrawal of Russian military bases from Vaziani and Gudauta. This, of course, put an end to contacts with Russia in the military sphere, both bilateral and within the CIS. Eduard Shevardnadze never hid the fact that with Georgia’s membership in the Commonwealth he pinned hopes on “restoring justice in Abkhazia”.

“I am in favor of broader economic integration with all states, including non-CIS countries. Unfortunately, integration with Europe did not work out for us, and living in economic isolation would have meant a complete disaster, ”the Georgian president said sadly even 7 years before. 19 September 1993, being in a stalemate in Sukhumi, Shevardnadze appealed to the international community for help: “Maybe someone will say that this is a cry of despair. If this is a cry, then the soul, of my and my people, and I want it to be heard. ” The President of Georgia was heard, strangely enough, his life was saved ... by the Russian marines!

The details hiding by the Georgian leadership so far are told by the commander of the coastal troops and marine corps of Chernomosky fleet in 1987-1995 Major General Vladimir Romanenko. 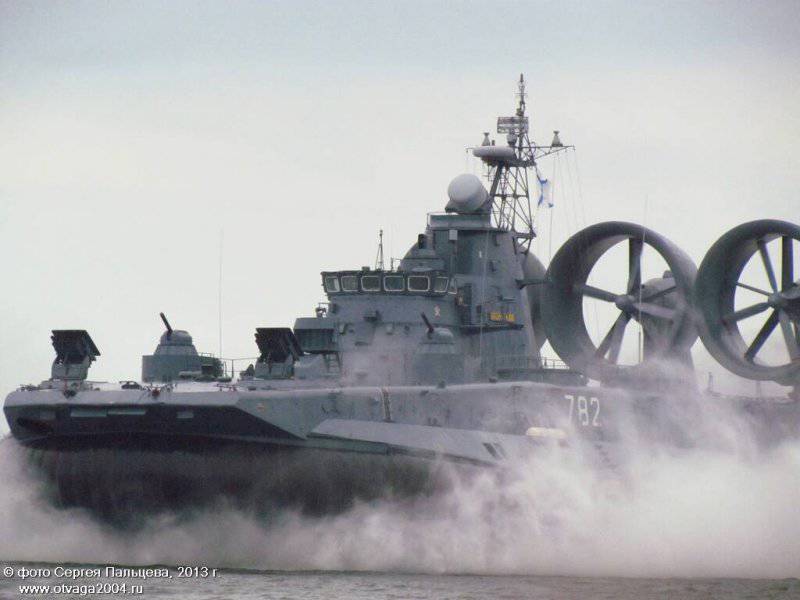 A country fighting for its independence should think about how to protect itself. By the time of the collapse of the USSR, the Black Sea Fleet had a fairly serious naval base in Poti and bases on the territory of Georgia. Its main task was the strategic support of the USSR Armed Forces in the southern direction. When, after 1991, Georgia became an independent state, it was necessary to decide the fate of the Poti base. Immediately after the signing of the Bialowieza Accords, the Black Sea Fleet leadership held talks in Tbilisi with then-President Zviad Gamsakhurdia to preserve the base for guarding the Georgian border. Gamsakhurdia decided that the Black Sea Fleet should leave the base. An entire battalion was separated from the Black Sea Fleet to ensure the evacuation of the main forces and equipment, equipment and weapons. However, we left there a lot of materiel and equipment. When in December 1992, our last ships left Poti, on the pier were the slogans: "Occupants get out of Georgia!"

When Eduard Shevardnadze returned to Georgia in March 1993, the supporters of Gamsakhurdia - “Zviadists” - were already pushed back to the western part of the republic, and active hostilities were conducted simultaneously in Abkhazia. By the way, from there, by amphibious ships, the Black Sea Fleet brought about 11 thousands of refugees. On each ship was a company of marines, which provided security and order during landing.

In September, 1993, Shevardnadze went to Abkhazia, deciding to get acquainted with the situation on the spot. However, as a result of the active actions of the Abkhaz armed forces, the President of Georgia was blocked at the Sukhumi airfield. The situation was critical - the airfield was surrounded on all sides by “shilkas”, Shevardnadze’s security forces were fighting back from the Abkhaz armed formations.

The situation was followed closely in Moscow - then it was President B. Yeltsin, and Defense Minister P. Grachev. The task of ensuring the removal of Shevardnadze from Abkhazia was set directly by Grachev. A high-speed amphibious assault ship Zubr under the command of the captain 1 of the rank of Maximov urgently emerged from Sevastopol. On the ship was a company of marines, led by Colonel Korneev. The fleet commander Edward Baltin was directing the operation directly from the command post, I was next to it.

At that time, a company of the Airborne Forces was in Sukhumi, but by that time it had run out of ammunition and food, and it could not have an impact on the situation. It was planned that the airborne company would lead Shevardnadze to the shore and put him on the ship. Naturally, all Abkhaz anti-aircraft weapons were stationed around the airfield, waiting for the Yak-40 presidential plane to take off from Shevardnadze on board.

I must say that the loud noise of gas turbine engines of a landing ship resembles the noise of a jet aircraft. The Zubr came up to the shore at night, and Abkhaz soldiers decided that they were being attacked by a powerful Russian aviation compound. All air defense systems were brought ashore.

From the ship was visible a solid line of fire, and it was impossible to approach the shore. The hovercraft is made of light alloys and can easily get a hole, because they were firing direct fire. I had to maneuver violently - “Bison” went back to the sea several times. The ship all the time changed the direction of the expected landing, in addition, at night it was not visible, you can hear only a powerful roar. The ship fired on the shore with all its means. The Abkhaz formations, not understanding with whom they were fighting, tried to repel air strikes, then they prevented the landing of the naval landing. Taking advantage of the distraction of the forces and means of the Abkhaz air defense, the Shevardnadze pilots raised the Yak-40 and at a very low altitude over the river went out to sea, and then turned around, went towards Poti and sat down under Kutaisi ...

The Abkhaz military then very much wondered how a single ship created such a panic. Although exactly one year after these events, Baltin and I visited the president of the unrecognized republic Ardzinba in Sukhumi. He received us quite warmly, there was a very serious talk about events a year ago.

So, Shevardnadze owes his life to the Black Sea Fleet of Russia - the Abkhaz would not stand on ceremony with him. And this concerns not only what happened in Sukhumi in 1993 year.

A month after the events described, the situation in Western Georgia became aggravated - armed units paralyzed the life of this region, and of the entire republic, because access to the sea really only provide Batumi and Poti, through which fuel, food and other resources go. Considering the special position of Ajara, Poti is the main port providing life support of Georgia. Under these conditions, Shevardnadze had to turn to the Russian government to save his position and his regime. After Shevardnadze returned to Tbilisi, he continued contacts with the top leadership of the Russian Federation, and in agreement with the Foreign Ministry and the leadership of the Armed Forces in the fall of 1993, a representative of the Georgian president even flew to the Black Sea Fleet. 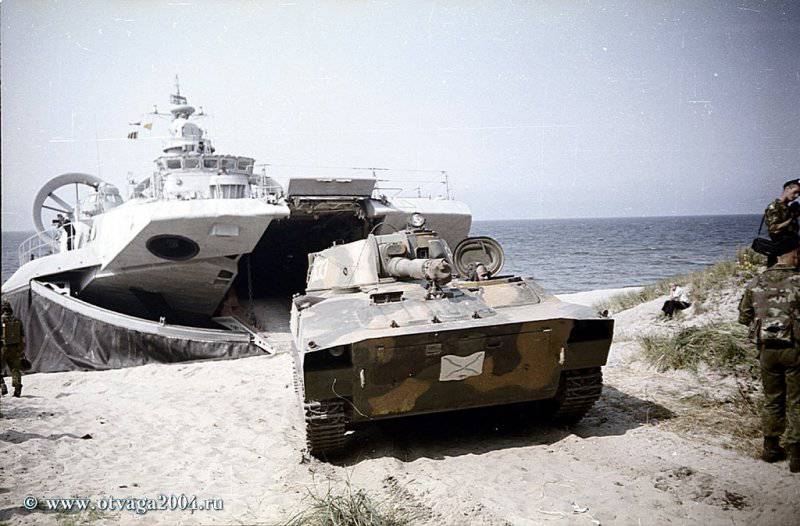 4 November, 1993, the landing force landed in Poti. On the same day, Shevardnadze and Baltin closed negotiations began, which worked out the legal foundations of the presence of naval paratroopers on the territory of Georgia. Sign an agreement was necessary that the grounds for applying weapons were recorded legally. We developed a plan of proposed actions, which Shevardnadze signed.

Then the President of Georgia, in an interview with Sevastopol television, said that support for the Black Sea Fleet "is of great importance, both moral and political," but denied the fact of the infantrymen’s participation in hostilities. Meanwhile, in the first 2-3 days of our stay in Western Georgia, more than 500 militants left Poti and went to the mountains, some of them were handed over to the Georgian police, although all state power was practically paralyzed there. By the way, in Western Georgia we also encountered Chechens who fought on the side of the Zviadists. Chechens use imitations of animal voices as conditional signals. When a wolf howled in the Poti area, we realized “where the legs grow from.” Our scouts spotted them, but the Chechens did not go for a direct clash.

We carried out the so-called "stripping". On November 5, a commandant's office was established in the city, which took up admission control, patrolling streets, and a curfew was introduced. Immediately began to come the Russian ships with food.

Although we arrived in Western Georgia by decision of the presidents of the three countries - Yeltsin, Kravchuk, Shevardnadze (after all, the Black Sea Fleet was then under dual Russian-Ukrainian subordination), after some time, the Ukrainian Supreme Council issued a resolution: return all Ukrainians from the emergency zone to Sevastopol. I appealed to everyone personally with a request to make an independent decision on this matter. There were 86 people in Poti who took the Ukrainian oath, none of the marines agreed to leave, although they did not serve under a contract. Only 24 employees of the marine engineering service left for Sevastopol.

After we secured the work of state bodies and law enforcement agencies throughout the coastal zone, they no longer needed our help. The Russian maritime border guards, who ensured the safety of the territorial waters of Georgia, actively earned. After all, we came with a very serious detachment of warships, all smuggling was excluded. I think then for the Shevardnadze regime we were a salvation.

If you call a spade a spade, he came to power on Russian bayonets and stayed with that power. It is hard for me to look at it through the prism of the promises made by the Georgian president, since it was about restoring the naval base of the Black Sea Fleet in Poti. Even when Russian military bases were established on the territory of Georgia, Poti was not among them. I think after what Russia has done for the establishment of Georgia as an independent state, the current attitude of its authorities towards us is unacceptable.

Ctrl Enter
Noticed oshЫbku Highlight text and press. Ctrl + Enter
We are
Diplomats of the People's Commissariat of Defense: on the eve and during the warGiorgadze Group, or the History of the Smashing of the Georgian Alpha
42 comments
Information
Dear reader, to leave comments on the publication, you must to register.