China continues to build the maritime component of the nuclear triad 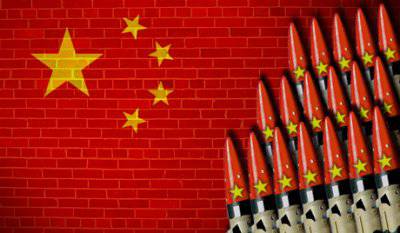 The US Congress on Economic and Security Relations with China a few days ago published its new report. According to the commission, as early as next year, the People’s Liberation Army of China will begin operating new JL-2 ballistic missiles (Junlan-2 - Big Wave-2). A few months ago, there were reports in the American press that in 2014, the first hikes of new Chinese strategic submarines would begin. Thus, over the coming months, China’s strategic nuclear forces will undergo significant changes, resulting in a fundamental change and strengthening of the maritime component of the nuclear triad.


From the available information, it follows that the sea part of the Chinese nuclear forces is the weakest and significantly inferior to the air and ground. At the moment, the PLA Navy has only one nuclear-powered submarine with ballistic missiles (SSBN). The only submarine of the 092 project (Xia-class according to NATO classification) was built in the eighties and has since been operated with great restrictions by Chinese sailors. A characteristic feature of the first Chinese SSBN project became numerous problems, due to which most of the time the only submarine of the 092 type resides most of the time at the base. In addition, this submarine has relatively weak weapons. It carries 12 JL-1A rockets, which are capable of hitting targets at a distance of up to 1700 kilometers and therefore belong to the class of medium-range missiles. To solve the problems of nuclear deterrence like weapon not enough, especially given the fact that in the ranks there is only one submarine carrier.

At the end of 2006, the first information about a new project of Chinese ballistic missile submarines appeared. As it turned out a little later, the submarine discovered by the satellites belongs to the 094 project, which received the NATO designation Jin-class. To date, Chinese factories have built three such submarines of the planned five. In this case, none of the new submarines has not yet been involved in the "nuclear shield" of China. The main reason for this is the problem with the creation of a new ballistic missile. The JL-2 project has been plagued by setbacks for several years. Only in 2012, the Chinese defense industry managed to make several successful test launches, thanks to which the program to develop a new strategic missile got off the ground.

As follows from the data of the Commission of the US Congress, the tests and fine-tuning of the JL-2 rocket are close to completion, which will enable the launch of mass production and operation of missiles in the naval forces in the foreseeable future. The new JL-2 rocket uses the latest developments of the Chinese industry, which made it possible to achieve quite a lot of success. A two-stage rocket with a launch weight of about 23 tons is equipped with a solid-fuel first-stage engine and a second-stage liquid-fuel engine. According to open data, the range of the rocket reaches 8000 kilometers. The type of warhead and its power is unknown.

The commencement of the operation of the JL-094 2 submarines of the project will allow China not only to strengthen the naval component of the nuclear triad, but to literally re-create it. The commissioning of all five planned submarines will lead to the fact that at a time will be on duty until 60 ballistic missiles. The total number of warheads is questionable, because It is not known how many warheads each JL-2 rocket carries. However, the total number of missile warheads placed on the submarines of the 094 project will in any case exceed 60 units.

China carefully conceals information about its nuclear potential, so it is impossible to say exactly what the proportion of missiles on a SSBN will be in the structure of all strategic nuclear forces. According to various estimates, no more than 200-250 carriers with nuclear warheads are deployed in the Chinese armed forces. Thus, while maintaining the existing quantitative aspects of the ground and air parts of the nuclear triad, the adoption of all five new submarines will increase the number of deployed carriers by 20-25%. So far, of course, we are not talking about the operation of all five submarines. In the coming years, only three submarine missile carriers will be accepted into the Navy of the People’s Liberation Army of China. However, the 36 ballistic missiles placed on them can have a tangible impact on Chinese nuclear forces.

Not so long ago, fragmentary information about the new Chinese SSBN project with the code designation “096” appeared. According to reports, the submarines of this project will carry not 12, but 24 missiles. In addition, there are rumors about the creation of a new ballistic missile with a longer range. Given the characteristics of the appearance and announcement of information about the state of the Chinese armed forces, one can make the most courageous assumptions. For example, the construction of the head submarine of the 096 project can already be underway. The existence of such a submarine is bound to have the greatest impact on the numerical aspects of the marine part of China’s nuclear triad, since one 096 can carry as many missiles as two 094s.

Recent ones news About the Chinese program to create SSBNs and missiles for them add up to a single clear picture. Apparently, China has mastered all the technologies necessary for the construction of strategic submarine missile carriers and ballistic missiles for them, and therefore will begin to implement new plans in the near future. The logical continuation of the commissioning of several SSBNs is the organization of regular trips. It is in patrolling at a large distance from the coast that the main task of strategic submarine rocket carriers lies. After leaving the base, the submarine is capable of launching rockets at targets at enemy territory at the right time.

Thus, in the event of the launching of regular outlets into the sea, the submarines of the 094 project will not only be more useful than the only ship of the 092 project, but will even ensure the normal functioning of the naval component of the nuclear forces. The technical condition of the only submarine of the 092 project and its almost constant presence on the base (even without taking into account the low characteristics of the JL-1A missiles) does not allow to fully accomplish the tasks inherent in the SSBN.

Thus, despite the mass of work lasting several decades, China has only now been able to create a full-fledged maritime component of the nuclear triad. The result will be the emergence of a new deterrent factor, directed against potential adversaries. At the same time, however, China declares no first use of nuclear weapons, and also does not intend to use them against non-nuclear countries. In the light of such statements, the list of countries that should take into account the new Chinese SSBNs consists of only a few paragraphs. Therefore, nuclear powers should take into account the recent successes of China and draw appropriate conclusions.

Ctrl Enter
Noticed oshЫbku Highlight text and press. Ctrl + Enter
We are
Missile attack on Europe: myth or reality?China - tests of the ballistic missile Juylan-2
14 comments
Information
Dear reader, to leave comments on the publication, you must to register.