November 28 2013
130
On the night of November 27, 2013, during a special operation by security forces in the Eastern Administrative District of the capital, 14 people were detained from whom a large amount of extremist literature was seized, as well as weapon, explosives and their elements (detonators, cords, blanks for “shahid belts” with striking metal elements, trotyl drafts). All fourteen detainees consider themselves to be one of the branches of the Muslim Brotherhood organization, in many countries of the world officially recognized as extremist. The branch is called At-Takfir Wal-Hijra. 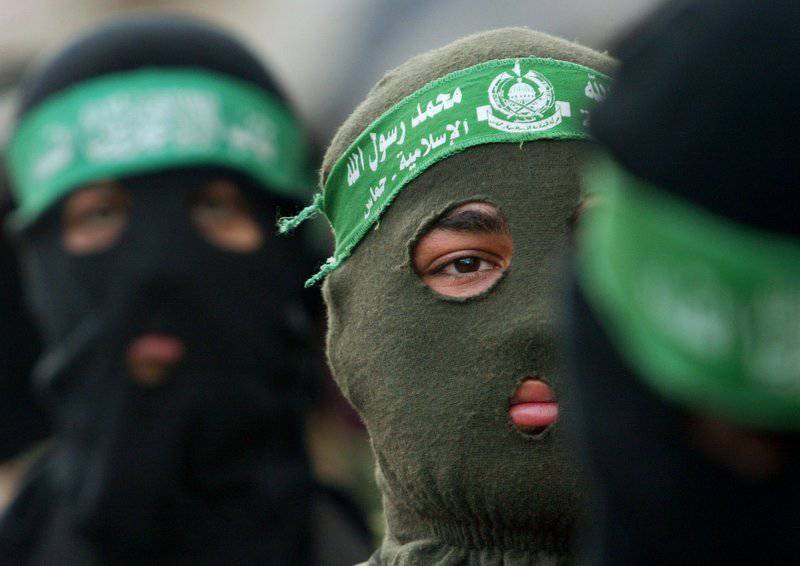 This movement has been actively cultivated since the middle of the last century in Egypt by the “preacher” Mustafa Shukri. If initially the movement taught its supporters the need for an exodus from a corrupt secular society and adherence to the ideals of so-called “pure Islam”, over time, the apparent nature of aggression towards those who were not ready to leave their normal life and create “a true Islamic state” began to emerge in the movement. ". At the same time, the leaders of the movement tried by all means to justify the need to start a war "with the infidels", since supposedly only this war can "cleanse" Islam from heretics. At the same time, representatives of the At-Takfir Wal-Hijra movement, often called Takfirites, considered heretics and, obviously, continue to consider all those who are ready to profess classical forms of Islam and people belonging to other denominations. All, but not myself ...

By the end of the 70 of the 20 of the 20th century, representatives of the At-Takfir Wal-Hijra movement (often called Takfiris or Takfiris) established contacts with representatives of a number of international terrorist organizations from Sudan to Saudi Arabia and Pakistan. After establishing contacts and, apparently, discovering channels of significant funding, the organization embarks on a pronounced terrorist activity. It is important to note that the first germs of the terrorist activity of the Takfirites were not at all a separate phenomenon. The extremists skillfully took advantage of the displeasure of the Egyptian people about the increase in the prices of essential food products, and, together with thousands of crowds of protesters in 1977, took to the streets of Egyptian cities. That was the so-called “bread riot” when President Anwar Sadat went for a substantial (almost twofold) reduction in budget subsidies. Sadat's unpopular decision was due to the conditions for issuing to Egypt (then - the UAR - United Arab Republic) a loan from the IMF. The main condition is the reduction of budget expenditures.

Against the background of large-scale protests that were directed against the economic policy of the UAR leadership, the Takfirits tried to solve their tasks. The tasks were as follows: try to convey to the crowd that the “anti-Muslim forces” are to blame for all the troubles of the Egyptian people, including representatives of traditional Islam. In Cairo, the Tacfirites organized several terrorist acts in cafes, restaurants, shopping centers, as well as attacks on clerics. One of the victims of the militants "At-Takfir wal-Hijra" was a religious leader Mohammed ad-Dhahabi, who belonged to the preachers of classical (moderate) Islam. After the organization of acts of terrorism and murders by Takfirites in Egypt, their organization expected complete defeat from the special services. The leaders and the most militant members of the group (about half a thousand people) were behind bars, while other supporters of the radical doctrine were forced to either give up their specific beliefs or go "looking for happiness" abroad.

For all history the existence of the movement of its militants showed activity during the Afghan war, participating in hostilities against the Soviet troops. Large groups of Takfirites took part in the conflicts in the Balkans, Palestine, Iraq, and the North Caucasus. The march of a series of "Arab springs" in North Africa (Tunisia, Egypt, Libya) also did not go without At-Takfir Wal-Hijra militants.

Today, the movement has firmly taken root not only in the Middle East, but also in a number of European capitals. At-Takfir Wal-Hijra, one of the most organized cells, operates in London.

Obviously, the Takfirites did not settle in Moscow yesterday either. According to news agencies, the secret services became aware of the start of Takfirite activities in Moscow and the Moscow Region more than six months ago. The main activity of representatives of this extremist organization in the territory of the capital region was to recruit new followers of At-Takfir Wal-Hijra, and, importantly, recruitment was carried out through ordinary Muslim centers (mosques). In some cases, the recruitment process went through social networks, as well as through non-governmental organizations that provide assistance to all those who wish to learn Arabic. It is interesting that for some reason the study of the Arabic language in such centers is carried out not by approved textbooks and other linguistic aids, but by the “works” of leaders of numerous pseudo-Muslim movements and sects. It is worth recalling that Dmitry Sokolov, who, according to the intelligence services, was a co-organizer of the terrorist attack in Volgograd, was at one time in one of such “language centers” of Moscow. Sokolov, aka Abduljabar, aka Giraffe, was destroyed by security forces during a recent special operation in Dagestan.

About a month ago, a multistage operation was launched to curb At-Takfir activities in Russia. Then in the city of Balashikha, they managed to get on the trail of one of the main recruiters of Takfirites in the Moscow region. It turned out to be not a native of the North Caucasus or a “visiting guest performer” from Central Asia, as one would expect. The recruiter is 40-year-old Russian citizen Alexander Galambitsa (born in the Ukrainian SSR). Golombitsa was detained by law enforcement officers and, obviously, during interrogations, told about where, when and in what quantity his “brothers” gather in Moscow.

On November 27, the secret services detained 14 people in the eastern part of the Russian capital. On the afternoon of November 27, another “activist” was detained.

However, it would be naive to assume that Asiyalova, who exploded in Volgograd, was destroyed in Dagestan by Sokolov, detained in Balashikha Golombitsa and also 15 radicals - this is the whole Russian terrorist underground. Obviously, this is only a segment of the large terrorist circle, which over the past few years has managed to form in our country and get access to funding from the "sympathizers". These are only puppets - dolls, which are controlled by real puppeteers because of the large geopolitical screen.

Understand what our compatriots turned into radical schools, went to regular schools, learned from regular textbooks, watched regular movies, you can extract from Dmitry Sokolov’s text with LifeNews with the mother (the text is printed from the audio recording of the talks):

Mother Sokolov:
We love you, son, love and wait. We want everything to be fine. We love you very much.

Sokolov:
I love you too, I also wait for you to go there with me to heaven, inshalla, to fall.

Mother Sokolov:
Are you sorry for Naidu?

Mother Sokolov:
That you think is wrong. And the people who died (talking about the terrorist attack in Volgograd - approx. Author)?

Sokolov:
People died - they are in hell, inshalla, because they are unbelievers ...

Obviously, if the work of the special services is systematic and preventive, if it is not conducted on a case-by-case basis, then all radical vermin will not be able to take root in Russia and turn individual citizens of the country into lost sheep. By the way, to carry out such work today, too much is not necessary. It is enough to “walk” through social networks, where you can find whole communities of the same takfirits, without any particular restrictions, operating in virtual spaces with subsequent, let's say, surges in reality ...

One example of the activities of radical organizations on the Web: the Hizb ut-Tahrir website, which, by the amount of misinformation, can be entered into the Guinness Book of Records for a long time. Here is one of the last hanging noodles on the ears of those who, apparently, used to perceive news exclusively through this resource: the article "Islam is prohibited in Russia" signed by Hizb ut-Tahrir Russia Media Office. One can only assume on whom such nonsense is intended, such as reflections on the subject of the alleged ban on Islam in the territory of the Russian Federation. Obviously provocative material in an attempt to stir up inter-confessional hostility - once, the responsible office calls itself - two, and therefore there is clearly a field for the work of special services.

Ctrl Enter
Noticed oshЫbku Highlight text and press. Ctrl + Enter
We are
Return of Aum Shinrikyo. In Moscow, a branch of the famous sectSects as a threat to the national security of Russia
130 comments
Information
Dear reader, to leave comments on the publication, you must to register.