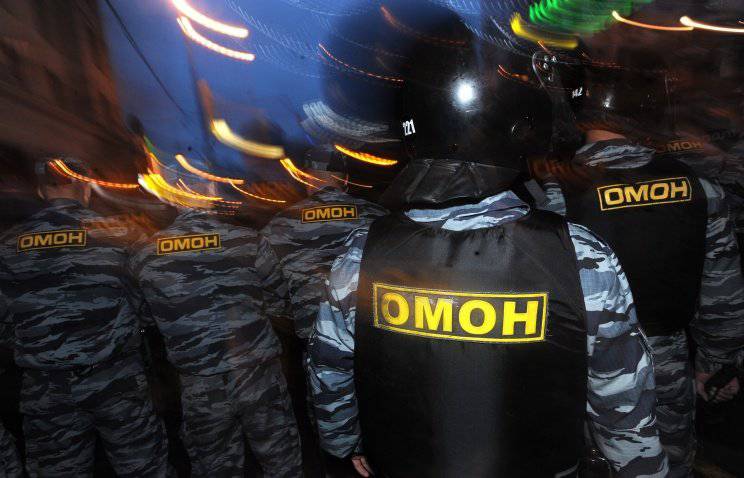 Law enforcement officers detained a group of members of the At-Taffir Wal-Hijra extremist organization in Moscow, who had a large quantity of weapons and explosives confiscated, the press center of the Russian Interior Ministry said.

"On the night of 26 on 27 in November, 14 members of At Takfir Wal-Hijra, a radical religious extremist organization, were detained during the operational search activities in the Eastern District of Moscow," the press center of the department said.

The operation was carried out by officers of the Ministry of Internal Affairs and the Federal Security Service with the support of riot police.

"During the searches, three improvised explosive devices with detonators and striking elements were found and seized from members of the organization, one of which is attached to the belt, components of explosive devices, including detonators, cords, detonators, etc., pistols, grenades, cartridges, and extremist literature, "- told the Ministry of Interior.

"According to available information, the funds received from committing crimes of a general criminal nature were used to finance this organization," the press center of the Ministry of Internal Affairs emphasized.

The issue of initiating a criminal case is being resolved, including on the grounds of art. 222 ("Illegal arms trafficking").

At Thakfir Wal-Hijra (Redemption and Exodus) is one of the most radical international Islamist terrorist groups. Its activists are preaching a complete break with modern Muslim society, considering it "wrong." Group members are required to sever all ties with society and the state, including their own families.

They are forbidden to be photographed, to maintain relations with persons recognized as "incorrect", to issue any documents in official structures.

The group was created in Egypt at the beginning of the 1970s.

15 September 2010 of the year The Supreme Court of the Russian Federation recognized At-Takfir Wal-Hijra as an extremist group and banned its activities in Russia.

On November 5, police and FSB officers detained a Russian citizen who recruited women for At-Tacfir Val-Hijra. Field investigators followed the man more than half a year. It is established that the 31-year-old native of Ukraine, who is a citizen of Russia, recruited young women and urged them to join the group.

At the time of the capture, the suspect managed to involve four girls in the cell activity. He met them on the streets of Moscow and on social networks. For their purposes, the attacker was looking for modest, silent and unsociable girls.

During searches of the suspect, weapons and drugs were found, as well as, according to preliminary data, extremist literature. A criminal case has been initiated against the man, he is under arrest. In the event that the seized literature is recognized as extremist, new charges will be brought against him.

It is known that three girls recruited by the suspect refused to return home and continue to live with followers of radical Islam, despite the explanatory work conducted by the police and the FSB. The police say that only "one girl returned to her parents after law enforcement officers opened her eyes to what was happening."

Ctrl Enter
Noticed oshЫbku Highlight text and press. Ctrl + Enter
We are
Results of anti-terrorist work on Dagestan in April 2014Extremist in the suburbs recruited women to commit terrorist attacks
20 comments
Information
Dear reader, to leave comments on the publication, you must to register.