“Looking at today's Ukraine, I understand that it will die quickly and painfully” 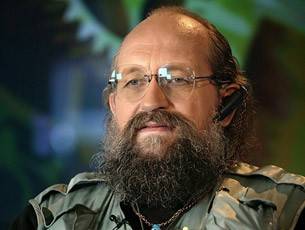 In Ukraine, the opposition did not agree with the decision of the authorities to suspend the signing of the Association Agreement with the European Union. In Kiev, protests began, among the demands of which participants are not only to conclude an agreement, but also to release Yulia Tymoshenko.


Apparently, attempts are being made in Ukraine to repeat the “maidan” of 2004, but, as experts note, Viktor Yanukovych is ready for stubborn resistance and will not make serious concessions. This situation is commented on for KM.RU by Anatoly Wasserman.

The opposition assumes the right to speak on behalf of the whole country.

I think that the megalomania of the Ukrainian opposition is dangerous for its own health in the literal sense of the word. When the opposition declares its action as evidence that the country has not come to terms with the failure of the president and the government to consider that Ukraine is seeking Europe, this means that they consider themselves to be a country.

At one time, King Louis XIV, whose name we often pronounce with a German accent, Louis, became famous, among other things, with the words "The state is me." We remember these words taken out of context, and this appeal to the Court of Justice of Paris completely sounded like this: “Sirs, do you think that the state is you? No, the state is me. ” That is, King Louis did not declare himself the state as a whole, but only indicated that he had no less right to represent the state than the judges, with whom he argued about the distribution of areas of responsibility. It was quite reasonable.

Eternal passivity is a losing strategy.

I believe that mass opposition actions prove, rather than force, but the impotence of this opposition. Naturally, I am only glad that they once again prove their political impotence. I myself am confident that Ukraine, out of contact with the rest of Russia, can at best die slowly. But, looking at the state of the economy of Ukraine, I believe that, most likely, she will die quickly and painfully. Of course, I speak about the reunification of Ukraine with Russia exclusively in the legal sense of the word, through a referendum, and I do not call for any illegal actions.

I am afraid that to seek only non-entry of Ukraine into association with the European Union is a losing option. Defense sooner or later ends in failure or the transition to a counter-offensive. Eternal passivity is obviously a losing strategy, although sometimes tactically you have to defend yourself. It is necessary to proceed from the principle of “victory at the gates of others”. Ukraine has a chance to win only if its current government firmly recognizes that Ukraine’s place is in the Customs Union and begins to act in accordance with this obvious demand for a healthy economy. Then Ukraine will be prosperous.

Ctrl Enter
Noticed oshЫbku Highlight text and press. Ctrl + Enter
We are
Interview of V. Putin to Channel One and the Associated Press AgencyWhat you didn't want to know about England
326 comments
Information
Dear reader, to leave comments on the publication, you must to register.