NATO bases in the Caspian. Myth or reality? 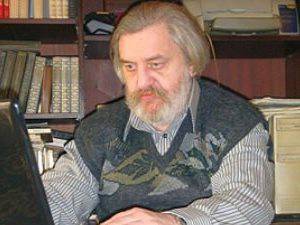 
- Russian, Central Asian, as, incidentally, and the media in other countries presented a sensational news “Kazakhstan gave the go-ahead for the opening of the port of Aktau for the transit of the US and NATO forces and for their permanent deployment.” Moreover, the press saw the "intelligence signs" of the redeployment of the American military airbase "Manas" from Kyrgyzstan to the Caspian coast. Colleague Viktor Yaduha, in an instantly popular article “NATO is already in the Caspian Sea?” On the Rosbalt portal, writes: “The recent reconstruction of Aktau airport, which can now receive airplanes and drones of all classes in the world, from Boing-747 indirectly , to the world's largest An-224 "Mriya". Well, the imminent deployment of American military bases in Azerbaijan does not raise doubts among some Russian political scientists. Thus, Grigori Trofimchuk, the first vice-president of the Center for Modeling Strategic Development, is sure that it is only a matter of time. According to him, “the United States is actively developing its military-political presence throughout the world, in all regions, especially in the CIS countries. ... Therefore, US bases will soon appear, practically, in all post-Soviet countries. ” And, of course, political scientists are convinced that the strike power of the American bases in the Caspian will be directed against the insidious Iran, despite all the diplomatic breakthroughs in the relations of the world community with this country.

Well, let's see. During the presidency of George W. Bush in 2004, the American and British military did indeed conduct the Hotspur headquarters games, which also used the “Caspian scenario,” implying the deployment of NATO units in the region. But even then no American bases appeared on the territory of the Caspian states.

Almost ten years have passed since then, the war with Iran has lost all relevance for the West, if only because in the Eurasian “instability arc” only Shiite Iran is able to withstand the rich Sunni monarchies that have become, to put it mildly, politically turbulent. Russian-American cooperation on the Syrian and Iranian issues has finally been established, which the Obama administration does not intend to torpedo by deploying its military bases near Russian borders. And then, the United States adopted a different defense concept, they are leaving Afghanistan, but it is this factor that has given rise to speculation about the fact that evacuating from this mountainous country, they will remain in the Caspian littoral states. By the way, there is no sensation in the fact that part of the American cargo from Afghanistan is being evacuated through the Caspian Sea. Both Kazakhstan and Azerbaijan are included in the so-called. The Northern Distribution Network for the supply of troops to the antiterrorist coalition. But on this route pass only non-military goods. Almost 90% of the evacuation of the US and NATO forces are carried out and will be carried out through a much more economical Pakistani route. Then why should American military facilities appear in these Caspian countries? According to this logic, they should be deployed on the site of the Ulyanovsk logistics center serving the troops of the Western allies in Afghanistan. Almost 75 thousands of freight containers have already been shipped through this center.

Speaking about the American military presence in the Caspian Sea, the media cite an anonymous source who saw several Americans in civilian clothes in the port of Aktau, but with a military bearing. And Mr. Trofimchuk, in general, stated that "the US naval flag is already flying in the area of ​​responsibility of Kazakhstan." I wonder how colleagues see the US naval base on the Caspian Sea? Will the American aircraft carrier group pass through the Volga-Don Canal, or will the Americans assemble, as a children's designer, a nuclear submarine in some Caspian port?

Well, as for the redeployment of the US Air Force base from the Kyrgyz "Manas" to Aktau airport, this has been talked about for quite some time. In addition to Aktau, Kazakhstan’s Shymkent, Tajik Kulyab, and unspecified airfields in Uzbekistan were named as new addresses for American pilots. But here is what an unnamed American military source told Joshua Kucera, a well-known journalist: “It will take time and money to build a new facility,” which the Pentagon is now in dire need of. So, the alternative to Manas will probably have to be sought in Romania.

Today there are no American bases on the territory of Kazakhstan and Azerbaijan, and official Baku has repeatedly stated that there will be no foreign military facilities in the Azerbaijani borders. But this fact did not embarrass the deputy director of the Center for the Study of the Post-Soviet Space, Yulia Yakushev, who believes that the United States is unlikely to limit itself to the creation of a transit center in Aktau. “Rather, this is just an excuse for a full-fledged military presence of the United States in Central Asia, on the Caspian Sea and in the South Caucasus. There are no guarantees that the arrival of the United States in the Caspian region will not become the basis for further destabilization in the region according to the established pattern of “controlled chaos”, including in Azerbaijan, ”the expert says. Is there already a “defective”, partial presence of Americans in the Caspian Sea or in Azerbaijan?

At one time, the US ambassador to Azerbaijan was Stephen Mann - one of the founding fathers of the concept of "controlled chaos." And what in Azerbaijan did he translate his theoretical model into a practical plane? Of course not. Is it even possible to artificially create chaos in a completely prosperous and stable state, and then also skillfully manage it? If so, why was it not possible to do this in Iran, although various political players spent a lot of manpower and resources on this? "Managed chaos", like other neoconservative "chips", has long been dropped out of the American political agenda. It turned out to be impossible to control them, as the whole “Arab Spring” proved. Not only the United States tried to use it for its own purposes, but it turns out that it is worse for now than for Russia or Israel. So you should not demonize the Americans, attributing to them the most insidious plans for Iran, Russia or the post-Soviet states. The United States, like all other global players, is full of its skeletons in political cabinets. But this does not mean that someone in the White House or the Pentagon dreams of their own aircraft carriers, plowing the Caspian expanses or “Phantoms”, taking off from the airfields of the Caspian states.

Ctrl Enter
Noticed oshЫbku Highlight text and press. Ctrl + Enter
We are
Dangerous flight of Americans from Manas to AktauWho is it NATO? Talk about the American military base in the port of Aktau - the purest fantasy
29 comments
Information
Dear reader, to leave comments on the publication, you must to register.