Forecast, not fantasy. A look at 50 years ahead is quite realistic, if you act on science

November 28 2013
12
The experience of forming long-term development plans in various areas shows that detailed planning of such development for a period exceeding 10 years is not productive. The number of uncertainties in the modern world is such that no verified figures and measures planned for the next few years remain unchanged.


A forecast or a long-term plan, in whatever area it is formed (social, political, economic, military, military-technical, etc.), is influenced by a huge number of factors. Moreover, to reliably determine the list, the degree and nature of the influence of these factors on the content of a forecast is a priori impossible. In the course of the implementation of the plan, it may turn out that some factor, which at first seemed insignificant and not taken into account, becomes decisive and the plan "floats" in terms, numbers, volumes ...

It turns out that the decisions of the top leadership of our country on the formation of forecasts for the development of Russia for 30 years or more (up to 50 years ahead) is an unrealizable task? Let's imagine that in 1910, domestic scientists would be engaged in drawing up a forecast of the development of the Russian empire before 1960. Interestingly, they would be able to predict the First World War, the October Revolution of 1917, the Second World War, the emergence of a nuclear weapons and nuclear power, manned space flight? Or with what content would the forecast for the development of the USSR for the 1963-year period (before 50) formed in 2013 be filled? 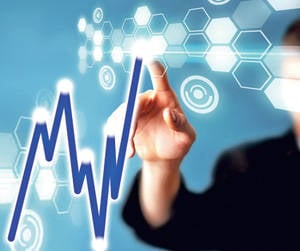 “The Soviet people will live under communism in 20 years,” said the head of the Soviet Union in 1960 (formed the basic idea of ​​a twenty-year forecast). At the same time, the very concept of “communism” was outlined very vaguely: from each according to his ability, to each according to need. It is clear that such a forecast (rather, a political slogan) turned out to be an empty sound. Over the years since 50, there have been events in Czechoslovakia, the war in Afghanistan, the restructuring and acceleration, the collapse of the Warsaw Pact organization, and then the Soviet Union, the change of socio-economic system in the country (instead of communism, return to capitalism), armed conflicts between once fraternal Republics of the USSR (Armenia - Azerbaijan, Moldova - Transdniestria, Georgia - Abkhazia, Georgia - South Ossetia and Russia).

Already from the given examples it becomes clear that such a long-term forecasting, especially based on political slogans, is akin to fantastic works. Indeed, over the 30 – 50 years, with the present pace of human development, too much changes to reliably predict specific events in the world or some region (coups, revolutions, the emergence and collapse of coalitions, etc.), to define digital indicators, characterizing one or another state of human civilization or society (for example, the gross domestic product, the volume of expenditures in the state budget for the social unit, the output of cars), to establish the constructive aspect of a technical eskogo means.

Current long-term forecasting models based on various methods for periodization of human stories, provide an opportunity to judge the likely occurrence in some period of certain crucial events (economic crises, global political instability, wars or armed conflicts caused by them). In this case, neither the depth of the crisis, nor the degree of instability, nor the scale of the conflict, such models allow to determine. Nevertheless, modeling, for example, based on the well-known cycles of Nikolai Kondratiev, gives an opportunity to talk about the onset of a global economic crisis in 2014 – 2016, which could last until 2019. This is due to the exhaustion of the potential of the fifth technological structure. From 2020, the beginning of overcoming the crisis is expected, and from 2025, rapid economic growth in the framework of the sixth technological order is expected. But what events in this period will follow specifically (in politics, the economy, the military field) can hardly be predicted.

Then what should be a forecast of a country's development (or individual areas of its life) for a long period (30 or 50 years), so that it is sustainable (within acceptable limits) and realistic?

It seems that this forecast should be based on a certain state super-task, it can be called a national idea, in the interests of achieving which all society should work in all spheres of human activity.

For example, suppose that the following setting was adopted as a similar idea (most important task, goal): in the coming 30 (or 50) years, our country, taking into account the expected global economic crisis and the subsequent intensive growth of the global economy, must ensure that its position as one of the main leaders who are building their leadership on the basis of a highly developed economy and technology of a new technological structure. Such an idea (goal) can be the basis for the formation of a set of plans in various fields, each of which and all together should contribute to the achievement of this goal. Moreover, the word "plan" here is understood rather as a certain concept, a general plan for achieving the goal. In this concept, it is necessary to indicate the spheres of the state’s life, which determine the effect on the achievement of the goal, the principles of their transformation (development) in the program (forecast) period, the phasing of the transformations (transformations) carried out in the indicated areas, ways to ensure system coordination (coordination in time and content). ) of these transformations, etc. This development forecast plan for each of the areas should assume its decomposition with the subsequent determination of the order (plan) agreed upon in time and content mation components.

For example, consider one of the areas of state activity that ensures the preservation of world leadership in a long period - the military security of the country. Components of it in relation to the example are the actual military and military-technical components. At the same time, it is assumed that economic, social, spiritual and moral and other spheres affecting military security in relation to the example under consideration should also be subjected to similar planning for the same period.

First, it is necessary to determine what threats in the military sphere will take place over such a long period. They can be divided into three general types: strategic (global), regional and local. Such a division will not lose its relevance over a sufficiently long period. The threat of unleashing a large-scale (world) war in which Russia will be drawn should be attributed to strategic (global). To the regional - respectively, the possibility of unleashing a regional war, to a local one - the threat of a local war or armed conflict. Again, such a general formulation of threats gives hope for a high stability of the forecast of this kind, but the value of such a forecast is small: more specific formulations are needed that could serve as a basis for the formulation of goals and objectives in the military and military-technical fields aimed at parrying these threats.

What is meant by concreteness in this case?

The first is the definition (statement) of the source of threats, that is, the countries or coalitions from which these threats emanate (will come). This will determine the potential or degree of threat, that is, to assess the presence and dynamics of changes in the danger of a source of threat in relation to our country in the military and military-technical fields.

The second is the definition (statement) of how this threat can be realized. An example of such a statement is the following wording: a regional threat against Russia can be realized:

Ctrl Enter
Noticed oshЫbku Highlight text and press. Ctrl + Enter
We are
About Stalin and KhrushchevWhat you didn't want to know about England
12 comments
Information
Dear reader, to leave comments on the publication, you must to register.