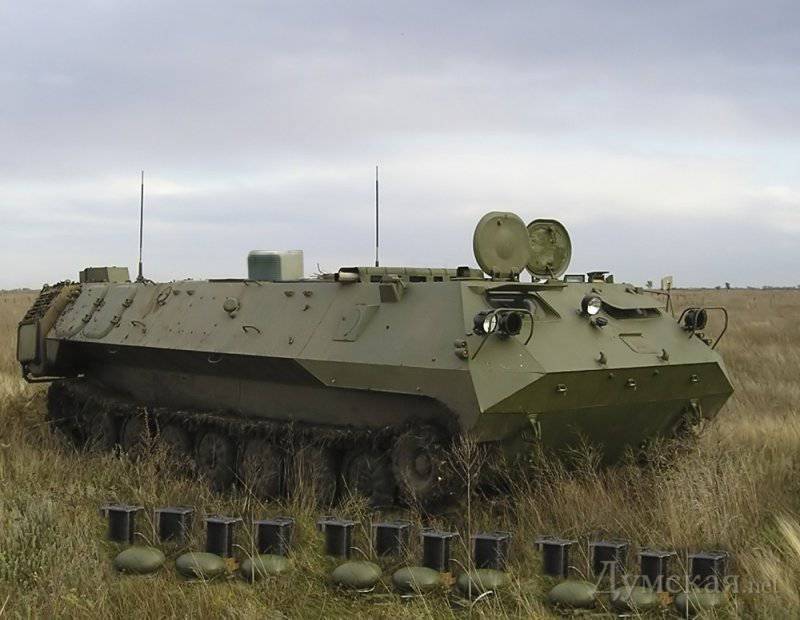 Odessa Special Design Bureau "Lightning" appealed to the Economic Court of Kiev with a lawsuit against the Ministry of Defense. The company requires to recover almost 8 million hryvnias from the military department. This is money that the generals owed to designers for upgrading the existing and developing new "electronic ears" for the army.


It is, in particular, the reconnaissance automated sound-measuring complex (RAK) "Position-2", which was adopted in the spring of this year.

We note that “Lightning” is now more than ever in need of funds: even in the summer, the executive service seized the bureau accounts (CSC lost the court to the Pension Fund and should pay him almost 400 thousand hryvnia).

The state enterprise Special Design Bureau Molniya was founded in Odessa in 1972 year. SKB developments are used in military engineering, energy, communication systems, engineering and other fields. Over the 40 years of its existence, Molniya has developed and introduced several generations of sound systems that are in service with the Ukrainian and other armies.

His latest SPEC - "Position-2" - the bureau began to develop in 1995, and completed in December last year. The complex, says SKB Director Vladimir Mingalev, has no analogues in the post-Soviet space.

Such systems on the planet produce only six states - the United States, the United Kingdom, France, Germany, the Netherlands and Israel. Odessa product in this company is quite competitive, say its creators.

The task of the sound complex is to determine the location of guns, mortars and enemy volley fire installations by the sound of shots, then direct their guns at them and adjust their fire.

Razk consists of a hardware machine based on a multi-purpose transporter MT-LBu, three acoustic bases, nine highly sensitive sensor microphones and a weather station. The used navigation equipment is “sharpened” under the American GPS or Russian GLONASS.

Audio information arriving through the receiver “Positions” is processed by a computer, which provides the coordinates of the enemy’s firing artillery and the points of breaks for shells and mines fired by friendly cannons. All data is transmitted via encrypted communication channels and is displayed online on the screen of the operator and the digital tablet of the artillery commander.

The maximum range at which the complex hears the enemy - 35 kilometers. He can correct his fire at a distance of 15 km. The closer the sound source is, the more precisely the SCM determines its location.

Ctrl Enter
Noticed oshЫbku Highlight text and press. Ctrl + Enter
We are
The action “Military service under the contract is your choice!” In Rostov-on-Don: future contract servicemen, exhibitions and “Russian Knights”Ukrainian army will receive electronic "ears" of Odessa production
30 comments
Information
Dear reader, to leave comments on the publication, you must to register.