November 27 2013
16
Today, views on the use of automatic grenade launchers in combat have undergone a certain adjustment, taking into account the experience of warfare, which was obtained in Afghanistan and Iraq. The experience gained in these countries clearly demonstrated that the fire capabilities of modern infantry units should be significantly enhanced. This can be realized precisely through the active introduction of automatic grenade launchers and large-caliber machine guns, which today play the role of the main means of infantry fire support during the battle. Automatic grenade launchers can be used for reliable fire suppression of enemy forces and assets at distances that exceed the range of a conventional rifle. weapons.


In modern conditions, the concept of development of automatic grenade launchers is experiencing a stage when grenades begin to receive electronic remote fuses, which ensure the detonation of grenades in the air directly above or close to the target in the event of a miss. Research in this direction is conducted today in a number of countries, including the United States and France, as well as a number of other states. In order to ensure the operation of such grenades directly above the target, modern grenade launchers or complex weapon systems receive special computerized sights, which, among other things, include a ballistic computer and a laser rangefinder. 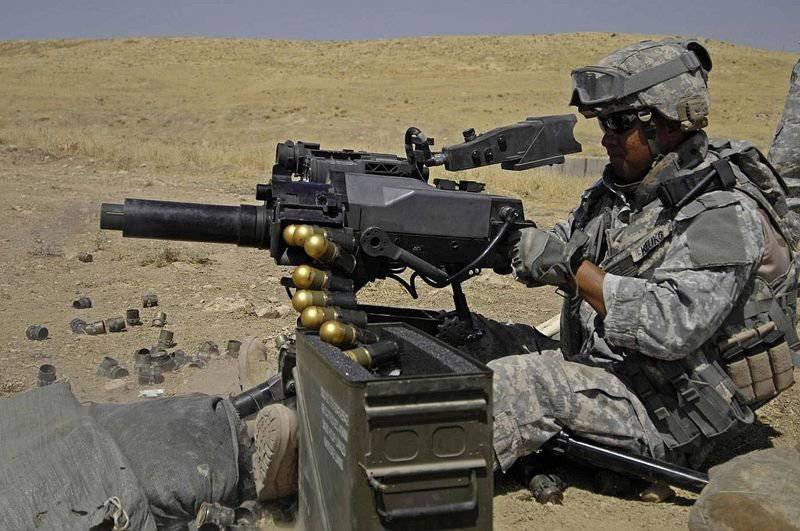 Work on the creation of a completely new 40-mm automatic grenade launcher, which was to replace the American army with the time-tested, but rather heavy grenade launcher Mk.19 Mod.3 (more than 25 thousands of grenade launchers were launched), was launched by Saco Defense, which currently It is a division of Armament and Technical Products, part of the concern General Dynamics, at the end of the 80-s of the last century. The main task of American designers was to facilitate the construction and increase the combat effectiveness of the grenade launcher through the use of modern computerized sighting systems.

The first experimental models of the new automatic grenade launcher, which received the Striker 40 brand name, were ready for the 1995 year. In the same year, the US Department of Defense officially approved the organization of the development team, which consisted of Saco Defense (responsible for creating the most automatic grenade launcher and integrating the entire system) and Raytheon (creating a computerized sight). Later the NAMMO company from Norway joined the team of the creators of the grenade launcher. She acted as the creator of the new 40-mm grenades with remote blasting in the air.

The Striker 40 grenade launcher developed by them, designated Mk.47 mod.0 or Advanced Lightweight Grenade Launcher (ALGL), was officially adopted by the US Special Operations Forces in the 2003 year. In 2006, this grenade launcher complex was tested at the ILC - US Marine Corps. 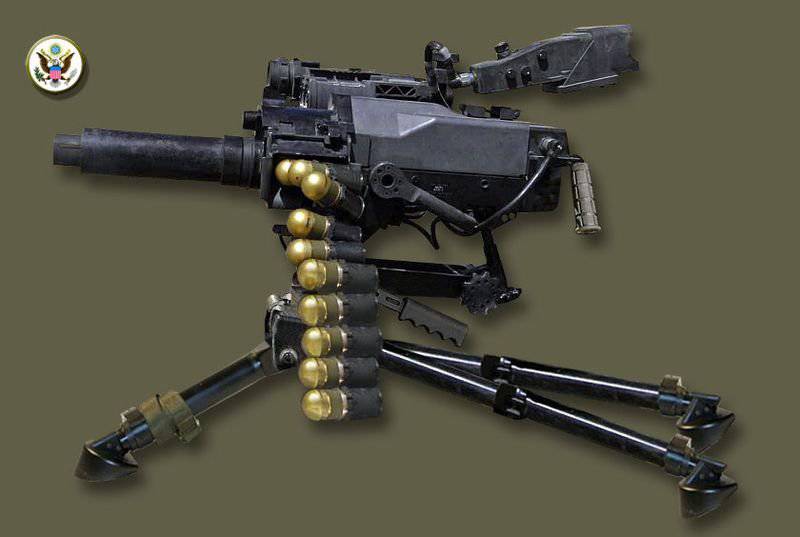 The modern 40-mm automatic grenade launcher Mk.47 mod.0 is an effective weapon based on automation with a short barrel stroke while ensuring its tight locking. A grenade launcher fires from a closed bolt to increase the likelihood of hitting a target from the first shot. Power grenade tape, it is made of standard placer tape. The grenade launcher is mounted on a new lightweight tripod Mk.108. This machine includes a retainer in its composition, which makes it possible to firmly fasten a grenade launcher for firing at a given point and aiming mechanisms after shooting.

Fire control is performed using the 2-x handles, which are located in the rear of the receiver, as well as the trigger button between them, which has an L-shape. The most important element of the Striker 40 grenade launcher is its sighting system AN / PWG-1, created by Raytheon. This scope, which includes a daytime television channel, has an increase in 3X and the ability to display images on the built-in LCD display, it also includes a ballistic computer and a laser range finder. In addition, the sighting system has an interface that provides the ability to connect a night sight, operating in the IR range, with the image output from the night vision channel on the same LCD display. The sighting system is controlled using an 4-position mini-joystick and buttons located in the back of the grenade launcher above the release button.

The use of a computerized sighting system on the Mk.47 mod.0 automatic grenade launcher can significantly improve the accuracy of firing (especially at large and medium distances), as well as significantly reduce the expenditure of ammunition, if compared with grenade launchers with ordinary sighting devices. 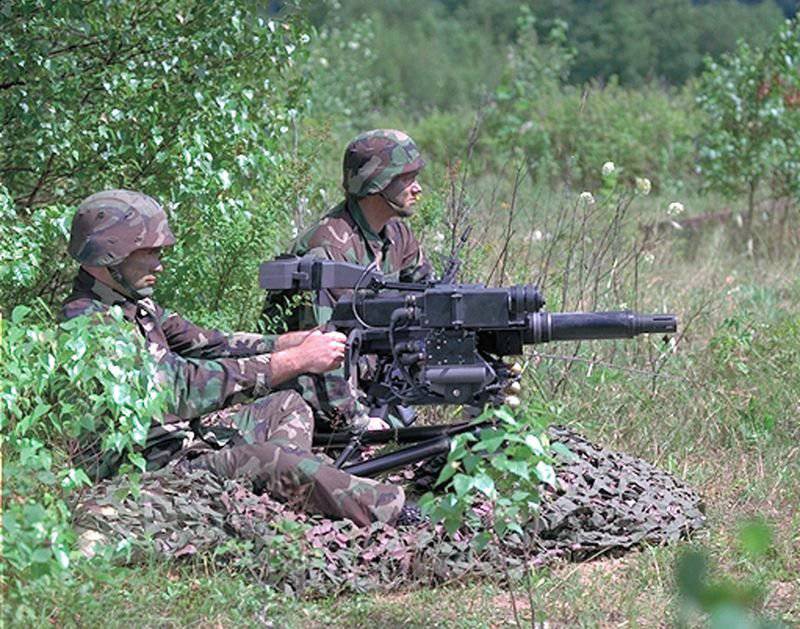 This automatic grenade launcher is designed to use the entire wide range of 40-mm (40x53) "high-speed" NATO grenades, equipped with a shock fuse. In the future, grenades with a detonator programmed at the time of the shot and remote air strikes should appear on its armament. The slightly reduced rate of firing of the new Mk.47 mod.0 grenade launcher compared to its predecessor the Mk.19 (225-300 rds / min versus 300-400 rds / min), and the presence of quick-change barrels in its composition is almost completely excluded the probability of overheating of the barrel with intensive shooting. Another important innovation of the new grenade launcher is the shot counter installed on it, thanks to which the shooter can keep under constant control the technical condition of the automatic grenade launcher and plan its timely maintenance.