November 25 2013
0
Modern researchers of historical weapons Often confronted with such finds, on which is the name of the direct owner of such weapons. Names or affiliations of a military unit are represented as engravings on weapons. High quality engravings can be seen both on ancient blades from the Middle East and on small arms of the 20 century. And if several centuries ago, engraving most often played a rather banal role - to give information about which member of the class should have owned this type of weapon, then already in the 18 century, engraving became special - nominal. 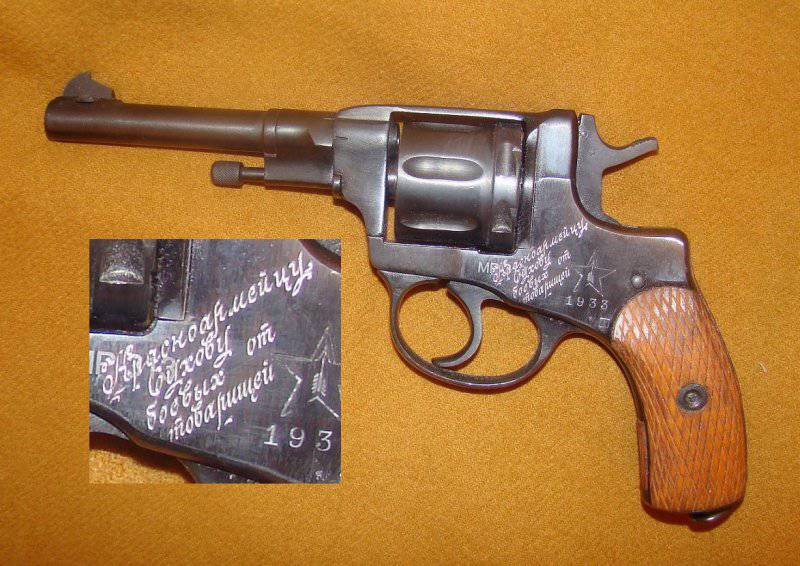 Not just the names of the owners of a certain type of weapon began to appear on the weapon, but also family crests, emphasizing that this blade (sword, pistol) was inherited from one member of the clan to another - from father to son.
Until now, during excavations in the field of fierce battles, weapons have been found that can tell a lot about its owners. It also happens that a weapon is found quite by accident in those places where it was not expected to be found. More recently, the construction of one of the sports facilities in the Moscow region revealed a unique musket. It was carefully wrapped in a cloth that had partially decayed, having lain in the ground for several centuries with the musket. By embroidery on the remaining surviving tissue and a monogram on a musket, it was possible to establish that this unique weapon belonged to one of the warriors moving to Moscow in order to support the Polish henchman there. For some reason, the owner of the weapon decided to hide it, but apparently did not get the opportunity to use his musket on Russian soil. Scientists have determined that the musket was produced in one of the European workshops between 1600 and 1610 for years. According to some scholars, the weapon belongs to one of the shooters of the troops of Jan Karol Chodkiewicz, who 1 September 1612 occupied the Novodevichy Monastery, but was later defeated by the Russian militia and during the retreat near Vyazma met with the army of Sigismund and Vladislav IV, who went to his aid. As you know, the Polish adventure in 1612 ended in complete failure, and the echo of that war still shouts around Moscow in the form of weapons finds.
Ctrl Enter
Noticed oshЫbku Highlight text and press. Ctrl + Enter
We are
Samurai and kajiWhere did the double-headed eagles "fly" to the Russian coats of arms