The Japanese are preparing for battle

November 27 2013
28
The article is posted on the rights of information cooperation. 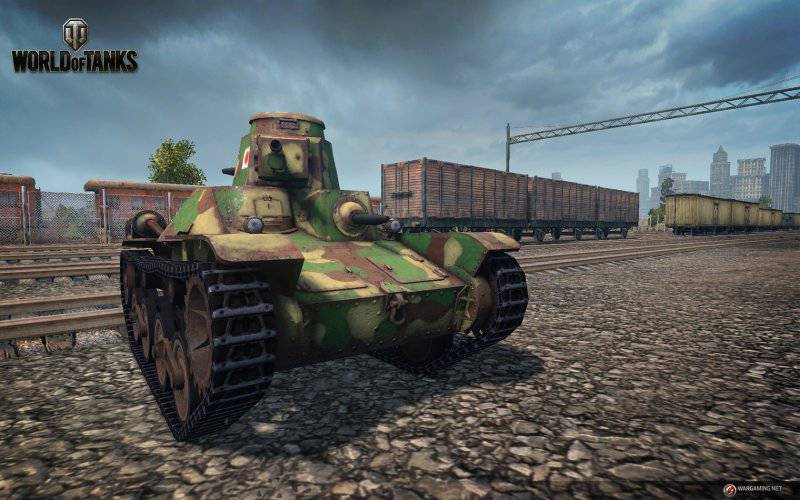 8.10 update will add two branches of Japanese technology to World of Tanks

26 November 2013 - Wargaming, a leading developer and publisher of online games, is pleased to announce the 8.10 update for the World of Tanks tank MMO action.

“We have been working on the Japanese for a long time,” said Mikhail Zywiec, producer of the World of Tanks project. “8.10 will please fans of armored vehicles of this nation with a variety of original models and design solutions, it will significantly revive the game and diversify the gameplay.”

With the release of 8.10, 14 "Japanese" will burst into battle. The four light cars of the Land of the Rising Sun will be led by the prototype Type 5 Ke-Ho. Top branches of medium tanks The STB-50 designed at the end of the 1s will be located. In the in-game store, another premium fighter from Japan, Type 3 Kai, will appear.

In addition to the new technology, the update will introduce significant improvements to the visual component of World of Tanks. Graphic improvements will touch the lighting system and the mechanism of the shadows on the maps, adding depth and realism to the gameplay.

Read more on the website: www.wargaming.com
Ctrl Enter
Noticed a mistake Highlight text and press. Ctrl + Enter
We are
Wargaming Announces 8.5 Update for World of TanksArsenal World of Tanks will replenish with new technology
28 comments
Information
Dear reader, to leave comments on the publication, you must to register.